Women master the art of achieving a greener future

Amid crippling unemployment and a degraded environment, members of an Eastern Cape recycling project help to clean a township and earn an income 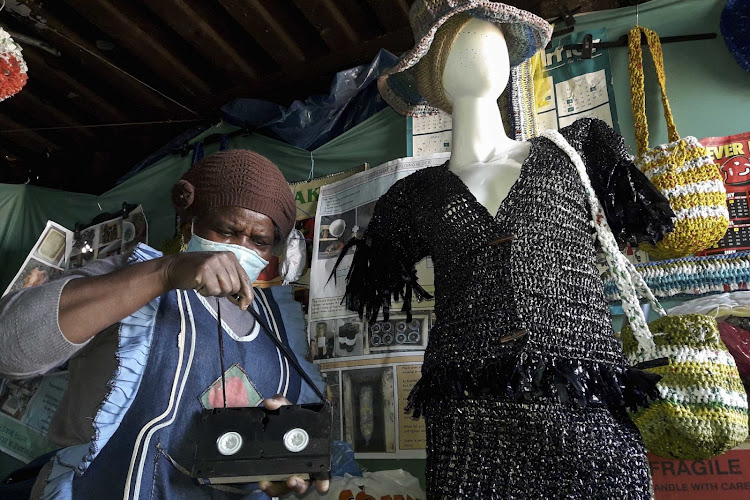 The Noziqamo recycling project in Motherwell, a crowded township in Gqeberha in the Eastern Cape, is run from four rusty shipping containers on open ground.

It was originally meant to be a sewing and knitting initiative that would empower women in the impoverished area. But, concerned about the pollution and litter around them, its members’ focus evolved as they set out to clean their environment.

Armed with plastic bags, masks and gloves, they started picking up rubbish from fields and dump sites across the large township.

Realising the need to reuse some of the waste, the group asked for help from environmental organisations including the Zwartkops Conservancy and Sustainable Seas Trust, which held workshops to teach them about recycling and upcycling. This has meant they can combine their craft skills with eco-friendly initiatives.

“The workshops helped us a lot because we learnt so much. We have also become instructors and we sometimes travel to Limpopo and Johannesburg to facilitate workshops,” said Thenjiwe Jacobs, 62.

The women never imagined they would be working with refuse.

“Some people would be ashamed to be seen picking up garbage, but I was not. I even had my grandchildren join me when I was at home. My house has large bags of garbage all over the yard. I do this because I love it,” she said.

Jacobs resigned from her job as a salesperson at a retail store to start the Noziqamo project in 1999.

“I was tired of working. I started working when I was a teenager because my father fell ill and my mother was a domestic worker. She couldn’t take care of everything so I was forced to quit school and start working,” she said.

Realising her passion for sewing was a common interest among unemployed women in Motherwell, Jacobs set out to empower them. 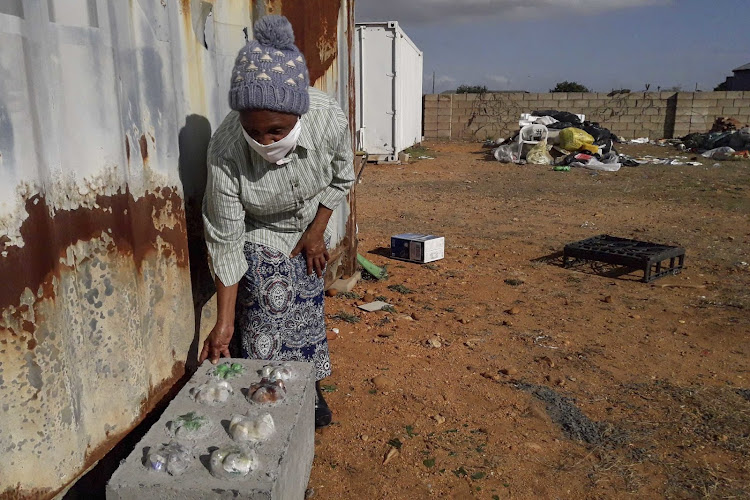 Nosipho Mayinje, a member of the Noziqamo recycling project, with one of the eco-bricks that contain recycled glass bottles and other materials.
Image: Sibongile Portia Jonas/New Frame

Starting with three women who were working from home, the sewing project slowly got off the ground and eventually ended up in the shipping containers.

“I bought offcuts at local retail stores, and a fabric store would often donate offcuts. We would sew a lot of items and started selling them in rural areas. We were the first vendors to set up vending stalls in Addo,” said Jacobs, referring to the small town about 70km northeast of Gqeberha.

A new horizon emerged for the project’s growing number of women when they met Jenny Rump, environmental officer in the Zwartkops Conservancy, who started providing them with fabrics for sewing and opened their eyes to the possibilities of using recycled materials to expand their offering.

For Jacobs, a trip to Johannesburg changed everything.

“I saw people dragging huge bags across the city and I became curious. I asked them what they were recycling and whether it made them a lot of money. They said yes. I came back home and told the other women in the project about it,” she said.

“Zwartkops Conservancy would also help us by bringing us bags of garbage we could use,” said Jacobs. 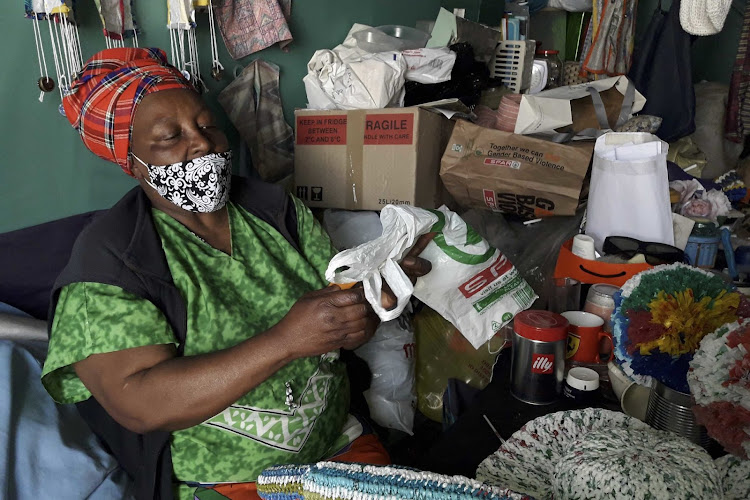 With the help of workshops on eco-friendly arts and crafts, the women were able to merge their sewing and recycling. They began using recycled materials in their clothing and other items, and also mastered making eco-bricks for construction.

Their creativity has even resulted in some of their work being displayed at the National Arts Festival in Makhanda.

Already skilled in facilitating workshops, the women have started training three young artists who have shown interest in their work. They also teach young people about recycling and using recycled materials in arts and crafts.

“When we make a big sale, we employ young people to help us clean the workspace,” said Nosizwe Dingaan, 56.

“It’s cluttered because we work with so much refuse. We pay them what we can, at most R50. We also teach them methods to reuse rubbish.”

Member Nosipho Mayinje, 56, said the women can only expand their efforts if they have machinery such as balers that compress waste and large weighing scales.

The project has received little government funding or support over the years, which has made it hard to attract more members and remain sustainable. 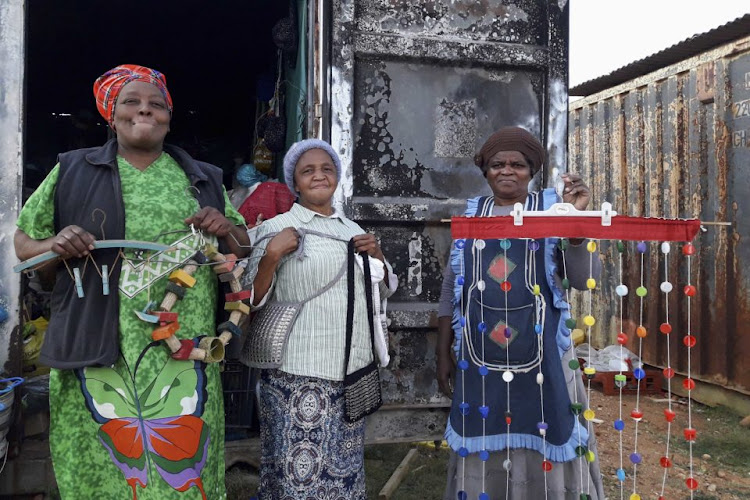 Their situation is similar to many small-scale community projects and non-profit organisations in the province, most of which have faced great challenges with funding from government departments before and during the pandemic, despite their contribution to social development and employment.

The women in the Noziqamo project continue to live with the hope that they will one day achieve their dream of creating an “eco-hub” in Motherwell to sustain their livelihoods.

“We wish the project can be successful so our children can be taken care of and so  we can make an honest living,” said Dingaan.

This article was originally published by New Frame.

The Covid-19 pandemic is creating a mountain of plastic medical waste that is polluting the land and sea — alarming doctors and environmentalists ...
Lifestyle
1 year ago

Like her mother before her, Shafieka Williams has supported her family by selling flowers in SA's thriving informal sector.
News
1 year ago