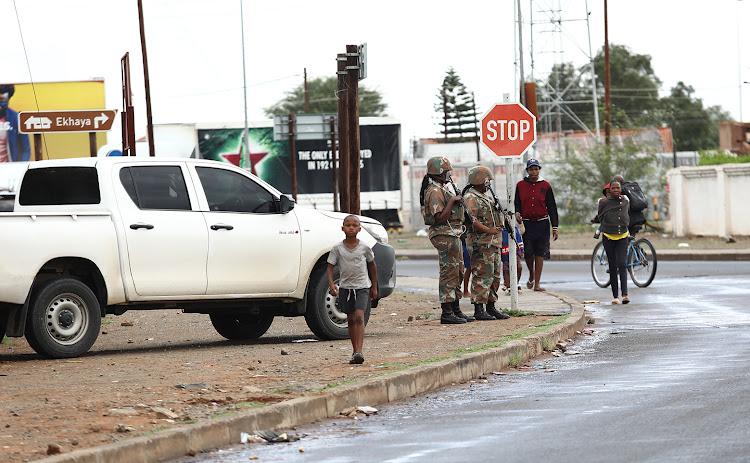 A woman was stabbed to death in the Galeshewe township in Kimberley in the Northern Cape.
Image: Masi Losi

A Galeshewe woman was stabbed to death on Friday by her neighbour during an argument over the R350 Covid-19 grant, Northern Cape police said on Sunday.

It is believed that the woman, 47, had applied for the social relief of distress (SRD) grant on her 56-year-old neighbour’s behalf, said Capt Bashoabile Kale.

“The suspect was arrested and charged with murder. He will appear in the Galeshewe magistrate’s court soon.”

Will you apply for the R350 grants?

KwaZulu-Natal police are investigating six cases of murder after a mass shooting on Saturday night in an informal settlement in U-section in Umlazi, ...
News
4 months ago

A female officer was shot dead in a shop in Thembisa, Ekurhuleni, on Thursday.
News
5 months ago

Man arrested after body of woman allegedly found in his shack

A 30-year-old man was arrested after the body of a woman was allegedly found in his shack in the Eastern Cape on Sunday, police said.
News
5 months ago