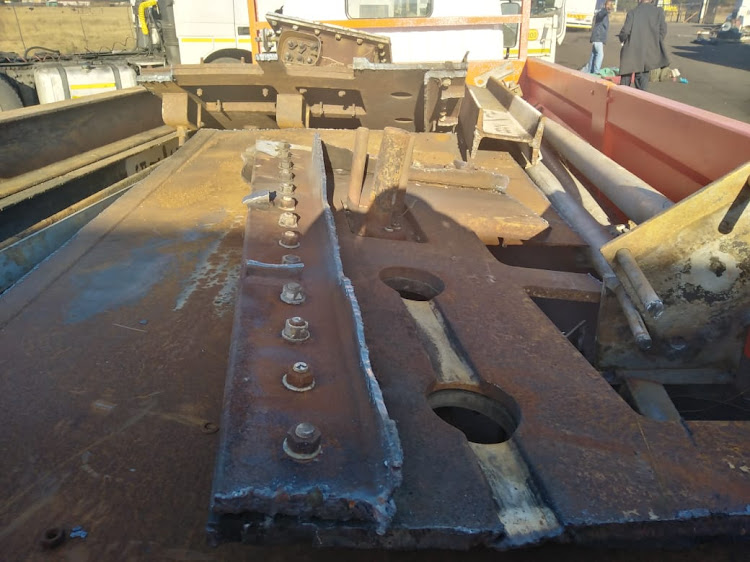 The 16 suspects, aged between 35 and 45, were arrested and charged with possession of suspected stolen property, theft and damaging essential infrastructure.
Image: SAPS

Sixteen suspects were arrested by members of the Hawks' Serious Organised Crime Investigation team and Transnet investigators at Vaalbank in Middelburg on Monday.

“The team followed up the information and found four trucks inside Mashcor Scrap metal dealer still loaded with railway tracks.”

Then a fifth truck loaded with transformers and palisade, which were positively identified by Transnet officials, arrived, she said.

The 16 suspects, aged between 35 and 45, were arrested and charged with possession of suspected stolen property, theft and damage to essential infrastructure.

The owner of the scrap metal dealership was traced and also arrested.

The suspects are expected to appear before the Middelburg magistrate's court soon.

Damage to public infrastructure, whether through vandalism or theft, is nothing less than sabotage against the aspirations of South Africans, ...
Politics
4 months ago