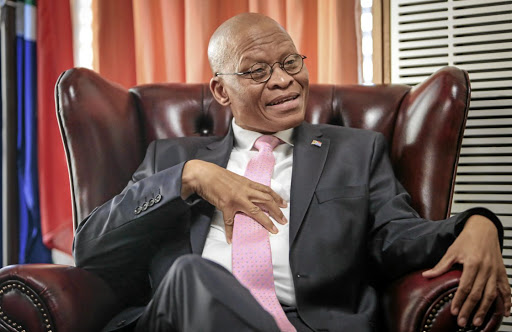 SA’s Constitutional Court has been a beacon of light during a decade-long period of political uncertainty and turmoil.

Most recently, the highest court in the land handed down an eloquent, and ground-breaking, judgment in defence of the rule of law and the constitutional order. The June ruling imposed a custodial sentence on former president Jacob Zuma for contempt of court, citing his refusal to heed the court’s order to appear before the state capture inquiry.

There could be no clearer or stronger sign of the independence of the judiciary than justice Sisi Khampepe’s judgment, written on behalf of the majority of the court.

Nevertheless, question marks hang over the court due to some serious governance failures. Errors recently made in a judgment that resulted in the final order having to be amended suggest all is not as it should be in SA’s highest court.

The court’s response to the rescission application by Zuma after he was found in contempt of court has raised eyebrows. A rescission request — in effect a request to amend or revoke a ruling — is essentially only appropriate for the correction of obvious errors in law or fact in the judgment. But instead of dealing with the matter swiftly and decisively, the court has created further uncertainty by asking for submissions on the international law position. This is curious because the international law dimension was not argued in the proceedings by any of the parties.

This encouraged other litigants, including the public protector, to make equally frivolous rescission applications. These are frivolous, and possibly vexatious, because they not only have almost no prospect of success but because they veer close to being an abuse of court process. They are attempts to achieve an appeal via the back door.

The strength of the rule of law depends on certainty. The prospect of endless rounds of rescission applications would undermine this pillar of justice.

A second area of governance failures revolves about poor management. The court is short on numbers. Chief justice Mogoeng Mogoeng, whose 10-year tenure officially ends in October, is on terminal leave, and to all intents and purposes vacated the position. The deputy chief justice, Raymond Zondo, is acting chief justice, but he has been focused on completing the work of the state capture inquiry he chairs.

There were already two unfilled vacancies in the 11-person apex court and now two other judges — justices Khampepe and Chris Jafta, in addition to Mogoeng — are also on long leave ahead of their imminent retirement.

Recent hearings have been held with only six permanent members of the court sitting, which is a highly unsatisfactory situation. Since the constitution permits a quorum of eight, acting appointments have been made to make up the number.

This has been a regular feature of Mogoeng’s time as chief justice. Vacancies have not been filled quickly, and absences through sabbatical and other forms of long leave have not been sequenced wisely, so the court has often had as many as four acting judges.

These developments reflect poorly on the chief justice and point to the very important managerial function wrapped into the position.

This raises the question: Who should be the next chief justice and what qualities and attributes should be expected of the head of the judicial branch of government?

Moreover, the last hearings of the commission in April were contaminated by some unruly and unlawful conduct, that was, in at least one case, aided and abetted by Mogoeng himself. Rather than fight litigation challenging the process, the JSC simply folded. Fresh interviews will be conducted in October.

No court date yet for civil case over judge Nkola Motata

Freedom Under Law is still awaiting a court date for its attempt to have the decision by the Judicial Service Commission (JSC) to throw disgraced ...
News
11 months ago

There is now debate about whether the JSC’s institutional design is the problem, or whether it is shortcomings of individuals who sit as commissioners.

Identifying the right nominee to be the next chief justice will not be easy. Not only does the person have to head the Constitutional Court, the person also leads the whole of the judicial branch of government. It is a very onerous role.

The role of the commission in the process of appointing the chief justice is very important. Yet the constitution is somewhat vague as to what is expected of the committee. It simply provides that the president makes the appointment “after consulting” the commissioners and leaders of political parties represented in parliament.

This is a relatively thin form of consultation obligation.

However, as the account of former deputy chief justice Dikgang Moseneke, which appears in his excellent judicial memoir All Rise, reveals: The JSC ... convened for purpose of inquiry into the fitness of the chief justice nominate to assume office.

And, as he adds, in 2011 Mogoeng’s interview commanded “high public interest” and lasted the best part of two days, both of which were televised.

So the JSC has, in fact, carved out an important role for itself. Although, in the end the president can choose to ignore whatever transpires at the interview.

ZIYAD MOTALA | What has gone wrong with our Constitutional Court?

Recent judgments, not least its latest Zuma one, smack of personal predilections and politicking
Opinion & Analysis
11 months ago

In Mogoeng’s case, for example, the public interview exposed the weaknesses in his approach to adjudication, his lack of managerial and leadership experience (having come from the smallest high court division in the land), as well as confirming fears that his Christian faith would trump any commitment to constitutional values.

Zuma, then president, appointed him anyway.

In the event, Mogoeng provided strong leadership during a very testing time for the judiciary, manifested most obviously when he put his name on the seminal Nkandla judgment which found that both parliament and Zuma had transgressed the constitution.

Former deputy chief justice Moseneke was overlooked three times as chief justice. In my view, SA was deprived of a great jurist and very fine human being. Zuma’s decisions to overlook him were motivated by bad faith and political considerations linked to Moseneke’s perceived denigration of the outcome of the ANC conference that saw Zuma ascend to the presidency.

That does not mean that ordinarily the deputy chief justice should be treated as being in pole position to assume the top job.

When President Cyril Ramaphosa considers who should be the next chief justice, he should be looking for someone with Moseneke’s grace and composure, independence of mind and leadership skills, but not necessarily his jurisprudential accomplishment.

The chief justice is one of 11 justices. He or she needs to be able to command the respect of the other 10 members of the court. Mogoeng struggled with both initially, and at other times later in his tenure, as Moseneke records in All Rise.

But Moseneke also describes how resolute and steely a chief justice must be prepared to be in SA’s tough political backyard. The courts were attacked during Zuma’s time in office, and continue to be undermined by his supporters now that he is out of office.

Above all, the chief justice needs to have a single-minded and unflinching commitment to constitutional democracy and constitutional values, including social justice. This should be the starting point for an earnest public debate about the qualities and attributes of Mogoeng’s successor.

A historic moment in SA's post-apartheid history - the first time a judge has been referred for possible impeachment- the JSC this week forwarded to ...
Opinion & Analysis
11 months ago

Judges have to be selected openly and fairly

The judiciary in SA has an exemplary record, its juristic mettle routinely tested because of the centrality of courts and the law in the ...
Opinion & Analysis
1 year ago

Will JSC members find better questions to ask in October?

In the face of a legal challenge brought in the Gauteng High Court, the Judicial Service Commission this week agreed to rerun the interviews for new ...
News
1 year ago