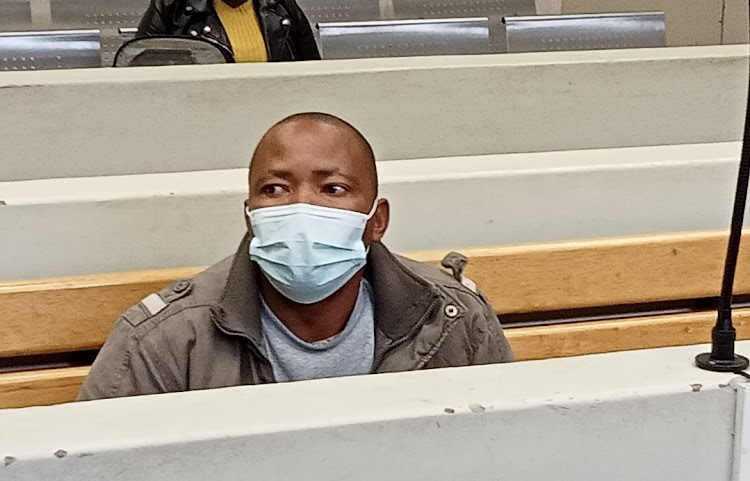 Yibanathi MacGyver Ndema, 43, is facing two counts, one of premeditated murder and one of defeating the ends of justice.
Image: NPA/Supplied

A man who reported his wife missing more than two years ago has appeared in court charged with her murder.

Yibanathi MacGyver Ndema, 43, is facing two counts, one of premeditated murder and another of defeating the ends of justice.

National Prosecuting Authority spokesperson Luxolo Tyali said Ndema is alleged to have killed his wife, Noluvuyo Nonkwelo, 36, at their marital home in Zingqayi in the Butterworth district on July 1, 2019. He had reported her missing on July 3 that year.

He was arrested on Monday after human remains, believed to be that of Nonkwelo, were found buried underneath a bathtub in the house the couple shared.

During Wednesday’s appearance in a Butterworth court, Ndema elected to be represented by an attorney from Legal Aid and indicated that he intends to bring a bail application.

Prosecutor Masixole Mamve applied for the case to be postponed for a formal bail application and further investigations.

The state is opposing bail.

The case is due back in court on September 10.

A loosened bathtub aroused suspicion, leading to the gruesome discovery of a woman’s corpse.
News
9 months ago

The Independent Police Investigative Directorate is probing an allegation of rape against an Eastern Cape police officer accused of violating a ...
News
10 months ago

An intensive search for a young Durban doctor ended in success when she was found locked in a room at a north coast lodge on Monday.
News
9 months ago