DA calls for Duduzile, Edward and Duduzane Zuma to be given the 'same fate' as 'Sphithiphithi Evaluator' 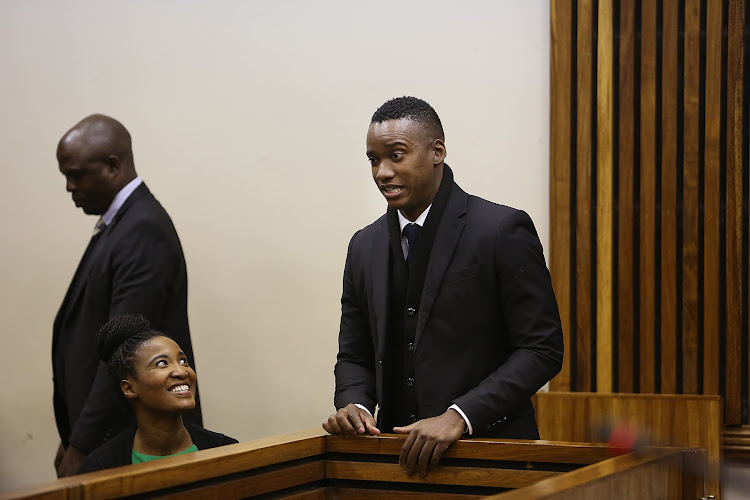 “Law-enforcement officials must pursue criminality without fear or favour to demonstrate that all South Africans are equal before the law and that all criminal offences will be punished.”

These are the words of DA MP Andrew Whitfield, who called on the SA Police Service (SAPS) to arrest former president Jacob Zuma’s children, Duduzile, Edward and Duduzane, for allegedly “encouraging and inciting violence following their father’s incarceration”.

This comes after police this week arrested the woman behind the infamous Twitter account “Sphithiphithi Evaluator” on charges of incitement of public violence, after the looting of shops that started in KwaZulu-Natal and spread to Gauteng in July as a reaction to the arrest of the former president.

Sowetan reported that 36-year-old Zamaswazi Zinhle Majozi was the 18th person to be arrested. She appeared at the Germiston magistrate's court on Monday and was granted R3,000 bail.

The woman behind the infamous Twitter account @African Soil – “Sphithiphithi Evaluator” - has been unmasked as a former bank employee.
News
4 months ago

Whitfield claimed the same action should be taken against the Zuma siblings.

“The Zuma siblings’ comments and statements were no less inflammatory than those allegedly made by Majozi and others, and they should face the same legal consequences,” he said.

“This smacks of double standards, and could lead to the conclusion that South African law is not implemented equally. The DA demands that all citizens, including the politically connected, be punished to the same standard.”

“The DA is of the view that comments and statements by the Zuma siblings and Malema were not only inflammatory but also incredibly reckless. Especially as Duduzile and Malema have millions of followers between them on Twitter, who could perceive these statements as literal,” said Breytenbach.

“It is now in the hands of the SAPS and the National Prosecuting Authority to ensure that the Zumas and Malema are held to account to the fullest extent of the law.”

At the height of the unrest, TimesLIVE ran a poll asking if Duduzile and others should be held responsible for their social media posts.

Ninety-two percent of those who took part in the poll said yes to the measures, while 5% said she and others had no control over the actions of protesters.

Twitter has taken action against former president Jacob Zuma's daughter Duduzile Zuma-Sambudla for sharing clips of the unrest in KwaZulu-Natal on ...
News
5 months ago

Malema vs the DA: How things got to a R1m lawsuit

Political squabbles between EFF leader Julius Malema and the DA continue to play out in public following threats of a R1m lawsuit.
Politics
6 months ago

What you said: Action should be taken against Duduzile Zuma-Sambudla & others over unrest

Zuma-Sambudla is expected to account to the ruling party about her tweets, said deputy secretary-general, Jessie Duarte, on Monday.
News
6 months ago