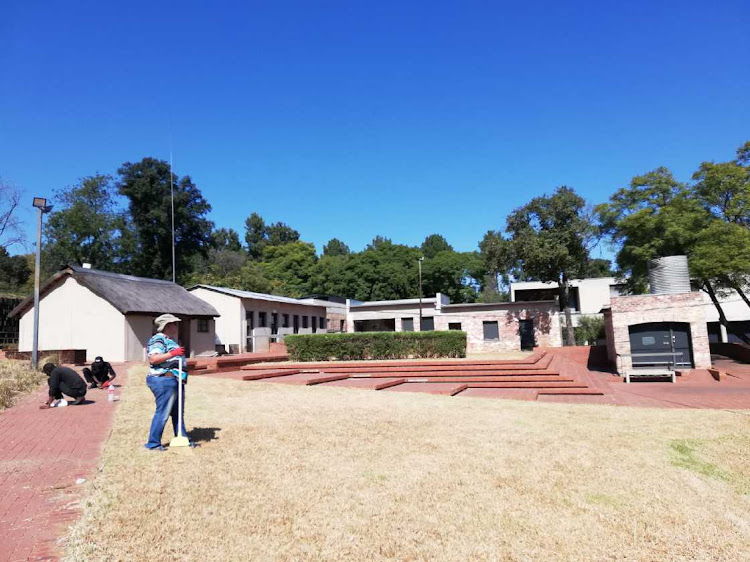 The Liliesleaf Farm museum in Rivonia has closed its doors after millions could not be accounted for. The farm was a hideout for the Rivonia Trialists, most of whom were arrested there.
Image: Thulani Mbele

The department of sport, arts and culture (DSAC) has revealed that it withdrew funding for the Liliesleaf Farm museum after its managers could not account for an R8.1m donation.

The ministry said in a statement on Thursday that the management of the historic site in Rivonia, Johannesburg, also failed to release a forensic report that looked into the funds.

The department said it has funded Liliesleaf in the range of R70m over 13 years, and that for the 2020/2021 financial year an additional R1.8m was budgeted for the trust.

“All this is being done against an understanding of the historical significance and contribution of Liliesleaf to the liberation of our country,” said departmental spokesperson Masechaba Khumalo.

Khumalo said in 2015, the department entered into a memorandum of agreement (MOA) with Liliesleaf Trust to upgrade and enhance the facility’s exhibition infrastructure, which would cost R9m.

Iconic Struggle site sliding towards oblivion due to funding crisis

The first tranche of R8.1m was transferred to the trust.

“The remaining R900,000 could not be honoured due to failure of Liliesleaf Trust to account on the initial payment of R8.1m, an obligation spelt out in the MOA between DSAC and Liliesleaf Trust. In terms of PFMA [Public Finance Management Act] section 38, government cannot continue funding an institution that fails to account for public funds that it receives from government,” said Khumalo.

In May this year, minister Nathi Mthethwa escalated the failure of the trust's CEO, Nick Wolpe, to report and account for the R8.1m to the Liliesleaf board, led by former president Kgalema Motlanthe.

The board promised to hire forensic investigators to look into the matter and provide a report to the department.

But Khumalo said the department is yet to receive the report.

Five local cultural landmarks that have become casualties of Covid-19

“Numerous suggestions in this regard by government have not been found favourable by the trust. However, they refused to be declared, preferring to remain independent and self-sufficient,” said Khumalo.

Wolpe on Wednesday told Sowetan he had taken the decision to close the museum after his failed attempts to get assistance from provincial and national government offices.

He said a WhatsApp text he sent to Gauteng premier David Makhura was ignored.

Wolpe also told Sowetan he had submitted a report to the department in 2015 but it was rejected on the basis that it did not speak to the MOA.

“DSAC is misleading with facts. That R8.1m they are going on about today was used on operational matters at the museum and I accept that it was not used for what was stipulated in the MOA, but operational issues. They rejected it and they wanted us to resubmit another report.

“I was not willing to purge myself. In fact, the original plan of entering into an MOA was mainly to address operational budget. A second report was prepared in 2020. The question the DSAC should answer is why they waited [so long] to address this matter of R8.1m,” said Wolpe.

The museum, famous for housing ANC freedom fighters during apartheid, closed its doors on Tuesday.

A letter signed by the late former statesman Nelson Mandela and 23 other Rivonia trialists appealing for funds to cover legal costs for their treason ...
News
1 year ago

The prison closed 25 years ago but Robben Island may just have witnessed its greatest escape.
News
1 year ago