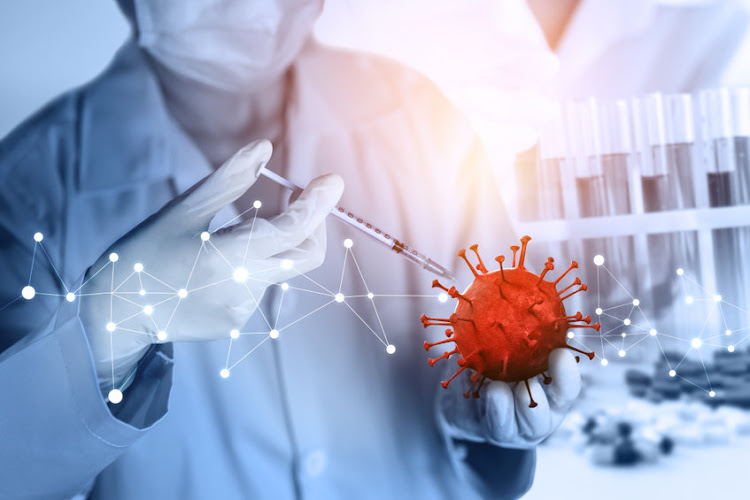 This is one of the key findings of a large-scale study in the UK investigating so-called breakthrough infections published on Wednesday in The Lancet Infectious Diseases journal.

Researchers also found that the odds of experiencing long Covid-19 - defined as illness lasting 28 days or more after a positive test - were halved for people who received two vaccine doses.

People most vulnerable to a breakthrough infection after their first dose included frail adults over 60 and older adults with underlying conditions such as obesity, heart disease, kidney disease and lung disease.

In all age groups, people living in deprived areas, such as densely populated urban settings, were more likely to experience a breakthrough infection.

These factors were most significantly associated with a post-vaccination infection after receiving the first vaccine dose and before receiving a second dose.

SA scientists have identified a new coronavirus variant that shares many mutations with some of the world's most dominant variants. But the World Health Organisation (WHO) has said the new variant does not seem to be spreading.

“We are at a critical point in the pandemic as we see cases rising worldwide due to the Delta variant,” said study co-lead author Dr Claire Steves of King’s College, London.

“Breakthrough infections are expected and don’t diminish the fact that these vaccines are doing exactly what they were designed to do — save lives and prevent serious illness.

“Other research has shown a mortality rate as high as 27% for hospitalised Covid-19 patients. We can greatly reduce that number by keeping people out of hospital in the first place through vaccination.”

Researchers found that of more than 1.2-million adults who received at least one dose of the Pfizer-BioNTech (which is being used in SA), Oxford-AstraZeneca or Moderna vaccine, fewer than 0.5% reported a breakthrough infection more than 14 days after their first dose.

Among adults who received two vaccine doses, fewer than 0.2% experienced a breakthrough infection more than seven days after their second dose.

Among those who did experience a breakthrough infection, the odds of it being asymptomatic increased by 63% after one vaccine dose and by 94% after the second dose.

The odds of hospitalisation were reduced by about 70% after one or two doses, and the odds of experiencing severe disease — defined as having five or more symptoms in the first week of illness — were lessened by about one-third.

Women who are 18 years and older can be offered Covid-19 vaccinations at any stage of pregnancy.
News
8 months ago

A majority of TimesLIVE readers believe that public figures have a duty to reveal whether they have been vaccinated against Covid-19.
News
8 months ago

Pfizer booster shots ‘do give more protection against Delta’

A 70% to 84% reduced risk of testing positive was seen two to three weeks after a third jab, according to a study
World
8 months ago