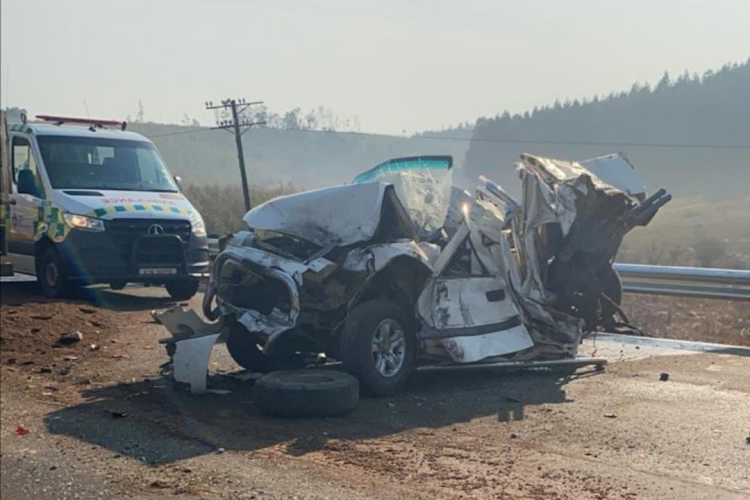 An accident in southern KZN has claimed the lives of 11 people.
Image: Supplied

Eleven people have died in a horrific crash in southern KwaZulu-Natal involving three trucks, a minibus taxi and a bakkie.

The tragedy unfolded at about 8.30am on Thursday between Ixopo and Highflats.

KwaZulu-Natal Emergency Medical Services spokesperson Robert McKenzie said earlier: “Tragically, nine people have suffered fatal injuries. Paramedics have treated 12 patients at the scene, many of them in a critical condition.”

The number of fatalities had increased to 11 by midday.

McKenzie said the road was still closed and “the scene is still active, with extrication ongoing.

“The exact cause of the crash is not known at this stage and is being investigated by police.” 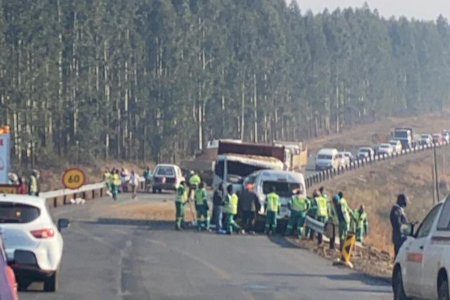 “The Quantum entered the oncoming lanes' traffic and the other tipper truck collided with the Quantum.”

A preliminary report into the bus crash that killed 31 people reveals that there might have been some mechanical failure on the vehicle, the ...
News
2 months ago

Two children killed and others injured in KZN horror crash

Two children were killed in a horrific crash between a bus transporting school pupils and a truck in Pietermaritzburg on Monday afternoon.
News
2 months ago

Gqeberha police have released the name of the second person who died in the car crash involving Nelson Mandela Bay mayor Nqaba Bhanga on Saturday ...
News
2 months ago