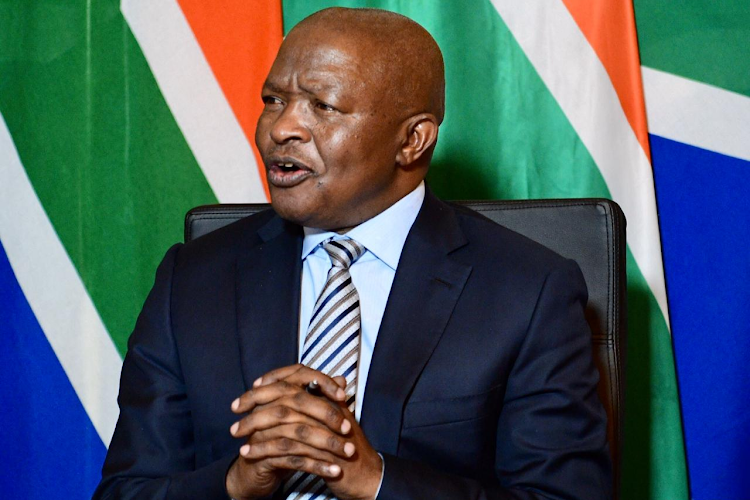 Deputy President David Mabuza says law enforcement agencies should not be involved in dealing with those who are spreading fake news about Covid-19 vaccines.

Speaking to the media on Thursday during his visit to Mogale City on the West Rand, Mabuza said the government should continue to educate and convince citizens to get vaccinated rather than arresting those who circulate fake news and conspiracy theories on social media.

“I don’t think that we should be enlisting the support of law enforcement agencies. I think we need to get our scientists, experts, nurses and doctors to explain more [about the vaccines]. Our people do understand, they’re reasonable. But the problem is fake news,” he said.

The West Rand District Municipality has been identified as the lowest-performing subdistrict, with only 8% of the total population vaccinated.

Mabuza said the government was intensifying its campaign to have people vaccinated, saying the strategy, among others, was to go to the people instead of waiting for them to come to vaccination sites.

“So, how do you deal with fake news? It's to come with the correct news so that you help people to understand better why they should vaccinate.

“We are not going to call the police but we are going to go to our people. Our strategy now is to go to the people and not sit at our vaccinations sites and wait for people to come. Let’s go there and talk to them,” said Mabuza.

On social media, many users, including controversial puppet Chester Missing, expressed their views on vaccine hesitancy.

“This concept of ‘respect anti-vaxxers' choice’ is such a pile of rubbish, said Chester Missing.

“Since when did stupid choices become exempt from mockery? Wear a clown suit at work, they will mock you. Refusing to take a vaccine that protects those around you is much much worse than wearing a clown suit.”

This concept of ‘respect anti-vaxxers choice’ is such a pile of rubbish. Since when did stupid choices become exempt from mockery? Wear a clown suit at work, they will mock you. Refusing to take a vaccine that protects those around you is much much worse than wearing a clown suit

If the vaccine is safe, why was it developed in such a short space of time?

Wits University professor of vaccinology Dr Shabir Madhi says researchers did not start from scratch when producing the vaccine against SARS-CoV-2.
News
10 months ago

Moosa joins a host of SA celebs as #BeaSAver ambassadors, aiming to assuage vaccine hesitancy and encourage people to protect us all against the ...
Lifestyle
10 months ago

Younger people and white adults are SA's most vaccine-hesitant groups, but overall vaccine acceptance is now at 72%, according to research conducted ...
News
10 months ago