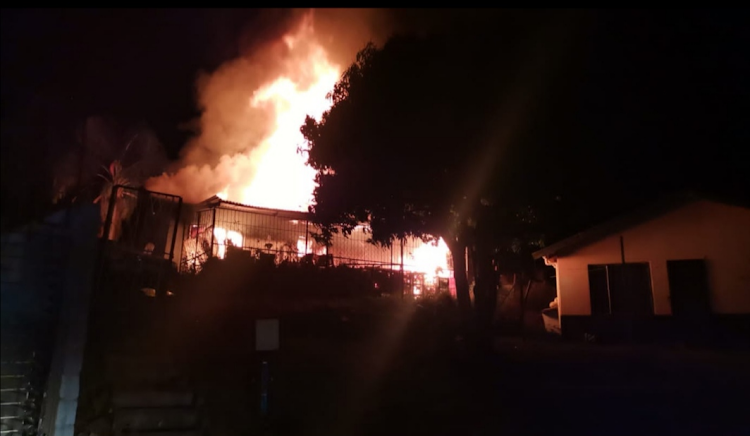 A house was allegedly set alight during a protest in Pietermaritzburg on Thursday night.
Image: Supplied

The police are investigating a case of public violence after protesters allegedly torched a house and stoned vehicles in Pietermaritzburg on Thursday night.

It is understood that residents living around the Copesville area took to the streets to demand that an electricity fault be fixed.

Police spokesperson Capt Nqobile Gwala said: “We can confirm that on September 2 at 7.20pm, a group of people embarked on a protest action.

“The community moved to Copesville Drive and they blocked the vehicles from going in and out of Copesville area.

“A house in Copesville caught fire during the protest.

“A case of  public violence was opened at Mountain Rise police station for investigation.”

Protesters who blockaded roads with burning debris and tyres in Durban’s Umgeni Road and in Verulam in the early hours of Monday morning were ...
News
10 months ago

Pietermaritzburg was a dump long before the riots

The effects of the past week’s unrest and destruction of property will have dire consequences for the KwaZulu-Natal capital, where residents have ...
News
11 months ago