SA Council of Educators roped in after teacher resigns, as mom demands he doesn't work with children again 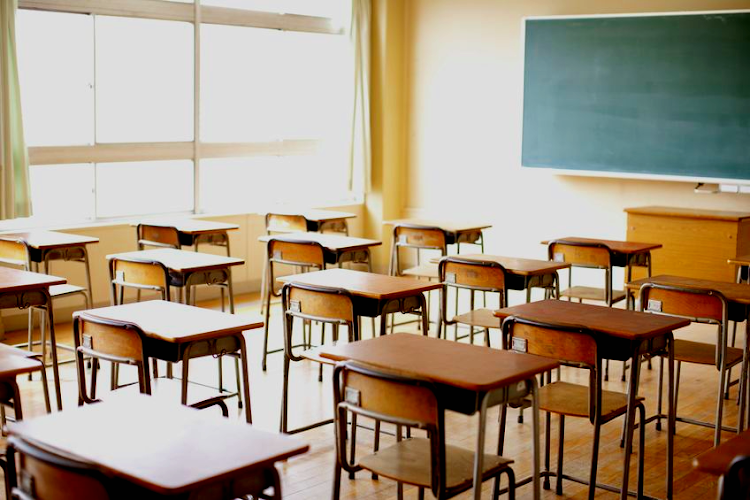 The Gauteng education department says it cannot act against a Pretoria Secondary School teacher accused of sexual harassment because he was not on its payroll, but it is escalating the matter to the SA Council of Educators to determine and effect a sanction. Stock photo.
Image: 123RF/Pay Less Images

An 18-year-old matric pupil from the Pretoria Secondary School has spoken out after allegedly being sexually harassed by a teacher.

The boy claimed that upon informing the school of the incident, the teacher resigned without ever having to answer for the allegations.

His mother is determined that the teacher be brought to task.

“I always dismissed it. I thought it was harmless conversations — guys being guys,” he added.

Brian said he had known the teacher from 2018 and because they lived in the same area, he at times offered him a lift on days where he would find him walking.

A grade 1 pupil from a Soshanguve school was allegedly sexually assaulted by a general assistant during school hours, police said.
News
1 year ago

Several weeks ago, Brian said, the teacher's conversations took a turn for the worse when he allegedly asked him inappropriate sexual questions over the phone. Several other incidents followed, including the teacher allegedly exposing Brian to pornography and sending him sexual images.

He said he was in class when the teacher sent him an inappropriate image. He was so disturbed that he left school early that day.

TimesLIVE has seen some of the text messages. The teacher could not be reached for comment.

Brian's mother said the teacher came to her home on the day in question and spoke to her son. She believed it had to do with his school work. Her son eventually informed his mother about the incident when she enquired why he was not keen on going to school any more.

Brian said he was speaking out because he was seeking justice. “What he did was not right,” he said.

Sex pest Collan Rex, formerly of Parktown Boys High, has been sentenced to an effective 23 years in prison.
News
3 years ago

The family has opened a case at the Garsfontein police station, with the police confirming that the matter was registered with them.

“But nothing has happened,” Brian said. “I feel like they did not take me seriously,” he added.

The family has also reported the matter to the school.

“We gave the school all the evidence — the text messages, pictures and all. The principal said it was big and the teacher would be suspended when he returns to school the next week,” said Brian's mother.

But several days later, they were informed by the principal that the teacher had resigned with immediate effect. The school sent a text to Brian's mother informing her of this.

We tried to enquire with the department of education, to find out if they know, but it seems the matter was not taken up or followed up. This means he can take his money and go find a job elsewhere.

“But how does the principal [accept] this? I was doing this to ensure that he never does this to any other child,” said Brian's mother.

“We tried to enquire with the department of education, to find out if they know, but it seems the matter was not taken up or followed up. This means he can take his money and go find a job elsewhere.”

Brian's mother said she was concerned about her son's wellbeing, adding that she was worried about how this would affect him in future.

“We are at a point where we don't know what's happening. We feel like nothing will be done.”

Brian agreed that counselling would help.

The office of Gauteng education MEC Panyaza Lesufi said it was aware of the incident but its hands were tied.

The MEC's spokesperson, Steve Mabona, said this was because the teacher's salary was not being paid by the department but by the school governing body (SGB).

“The educator was an SGB employee. The matter fell within the jurisdiction of the school governing body. The SGB was informed of the incident on August 5 . On August 11, upon the educator's return to school, he was informed of the allegations by the learner and parents and that a disciplinary process would unfold as decided by the SGB,” Mabona said.

The rape allegedly happened during break time on the school premises in Ivory Park, Thembisa.
News
1 year ago

“The educator was requested to leave the school immediately and was instructed not to have any contact with the family or learner. On the same day — August 11 —  an e-mail was received by the school, wherein the educator resigned with immediate effect.

“The matter is being escalated to the SA Council for Educators (SACE) for further action.”

He said the teacher had already been on retirement at the time of the incident and was being paid to stay on at the school by the SGB.

The only action the education department could take was to escalate the matter to SACE to determine and effect a sanction.

Mabona could not say that the teacher in question would never find employment with children again, saying it was SACE's responsibility to retract his registration and certification, which would make it impossible for him to be employed.

* not his real name — name withheld to protect his identity

A 16-year-old girl from Cosmo City, in the northwest of Johannesburg is just three weeks away from giving birth. She is one of at least 23,000 girls ...
News
11 months ago

A headmaster who was fired after grabbing a school governor's buttocks then offering her R3,000 to keep quiet about the incident has failed in his ...
News
1 year ago

A fired teacher will collect R370,000 back pay and return to her job after an arbitrator said colleagues and pupils conspired to get rid of her.
News
1 year ago