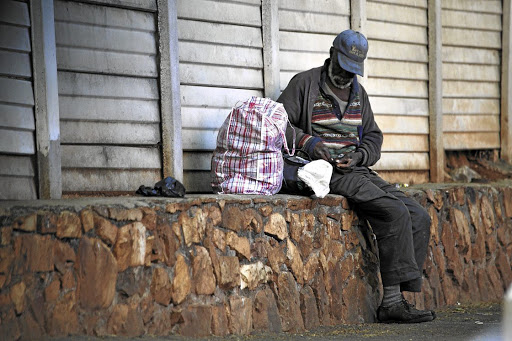 The City of Cape Town safety and security portfolio committee has approved amendments to the street, public places and prevention of noise nuisances bylaw. It could result in homeless people being fined for refusing offers of shelter.
Image: Kevin Sutherland

The City of Cape Town safety and security committee has approved amendments to a bylaw which could result in homeless people being fined if they refuse a “reasonable offer of alternative shelter”.

Chairperson Mzwakhe Nqavashe announced the committee's endorsement of the amendments to the street, public places and prevention of noise nuisances bylaw this week.

Earlier, the city came under fire from activists who said the bylaw would give law enforcement officers more powers and make it easier to arrest homeless people.

The City of Cape Town has rubbished claims by an opposition party that it is planning to divert R7.5m from social development services to purchase an ...
Politics
5 months ago

“The approval by the portfolio committee is the first step,” said Nqavashe.

“From here, the documents will serve before the mayoral committee and then final approval will need to be obtained from full council. As chairperson of the committee that drove these processes, I am incredibly thankful for the inputs we received on these matters.”

Nqavashe said the bylaw has been in existence since 2007. He said it aligns with similar legislation in other metropolitan municipalities.

“The amendments focus on the enforcement of the provisions in the legislation, and explicitly set out the powers of the city’s authorised officials while also providing for measures to prevent the abuse of those powers,” he said.

“The amendments are designed to help resolve complaints more effectively but also mitigate risks to the city, individuals and landowners by ensuring necessary and ongoing enforcement actions are supported by legislation.”

Nqavashe said the prohibition will be enforced humanely and in compliance with the constitution. He said a “person found sleeping in a public place without authority will first be issued with a compliance notice” under the amended bylaw.

The Western Cape has started vaccinating the homeless, even those without identity documents, in a pioneering move targeting 40,000 people.
News
5 months ago

“Such a person only commits an offence if the person refuses a reasonable offer of alternative shelter,” said Nqavashe.

“A court may not sentence a guilty person to prison. It may only fine the person. Therefore, any concerns about the impact of the amendments on persons living on the street should be considered together with the primary focus of the city to first offer social interventions before enforcement actions take place.

“The city has an obligation to make sure that our public open spaces and our city remain sustainable, that there is equality before the law, and that while we are offering assistance to help people off the streets, our bylaws are being applied to everybody at the same time.

“It is imperative that the city manages our public spaces in a manner that makes them usable by all and ensures that our city continues to create jobs, attract investment and drives urban regeneration, otherwise there will be more disinvestment, more job losses and more people losing their livelihood and ending up on the street.”

The Good party on Wednesday welcomed the decision by the National Prosecuting Authority (NPA) not to prosecute its leader, Patricia de Lille.
Politics
2 years ago

Brett Herron, Good party's mayoral candidate, said the bylaw might not pass constitutional muster. He said there are about 14,000 people living on the city's streets.

“The recommendation from that portfolio committee to adopt a bylaw that makes homelessness a crime is outrageous,” said Herron.

“It is inherent in being a human being to that you have to be somewhere at all times and if you do not have a home and nowhere to sleep, then sleeping in a public place cannot be unlawful.

“And that is a matter of human rights law that has been found in international courts where other cities around the world have implemented the bylaws. Those bylaws have been overturned by their courts because if you are a human being you have to be somewhere. If the state fails to provide an alternative then you cannot criminalise people for being homeless.”

A Johannesburg fashion designer whose creations have graced runways and advertisements has a new clientele, the homeless.
Lifestyle
7 months ago

Herron said the city should focus on providing “transitional accommodation for the homeless people to get the services they need to live the life that we all hope to lead”.

He added: “There are only 2,000 beds in the shelters and there are 14,000 people on the streets. So the starting point will be to ensure that there is enough accommodation before you start saying that you are going to criminalise the fact that someone is living on the street.

“The city and the provincial government are both responsible for providing accommodation. But they do not provide accommodation to everyone who lives on the streets.”

Access to Covid-19 vaccinations is already a "rich man, poor man" tale after less than two weeks.
News
8 months ago

Authorities in Cape Town have now launched an awareness campaign to debunk misinformation about the Covid-19 vaccine.
News
8 months ago

What started as sandwiches, soup and music on a pavement is now a fully fledged homeless support service
News
8 months ago