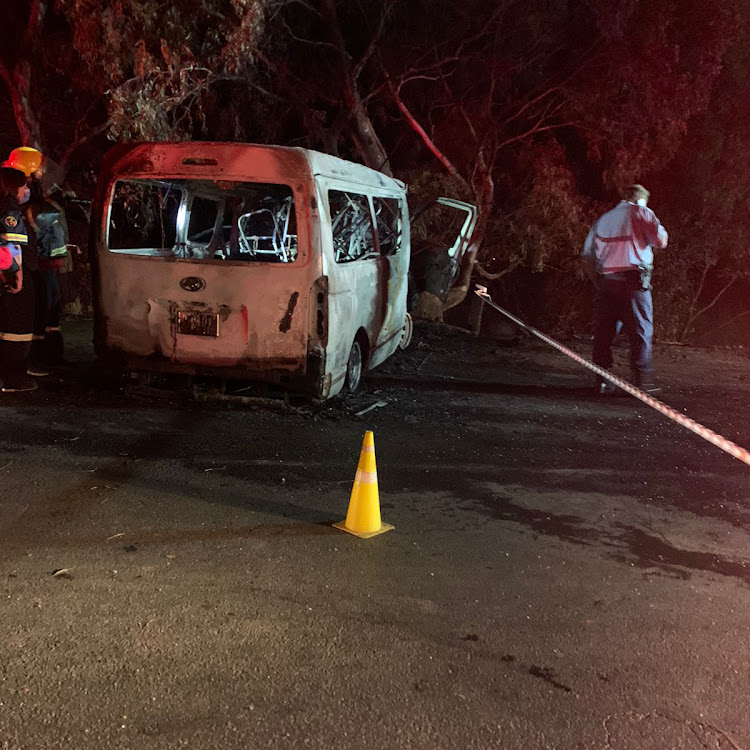 A horrific taxi crash into a tree in Krugersdorp left six people dead and five - including a child - seriously injured on Saturday night.

ER24 spokesperson Werner Vermaak said the accident happened at 7.30pm along Tom Muller Street. The taxi burst into flames after the crash.

An emergency medical helicopter was used to airlift the child to hospital.

“There was nothing that paramedics could do for the six burnt victims. They were all declared dead on the scene,” said Vermaak.

“Local authorities attended the scene and will investigate the exact circumstances surrounding the incident,” he added.

Gqeberha police have released the name of the second person who died in the car crash involving Nelson Mandela Bay mayor Nqaba Bhanga on Saturday ...
News
4 months ago

A gardener left in charge of a family's pets used their car for a drinking binge and killed three of his friends in a high-speed crash.
News
5 months ago