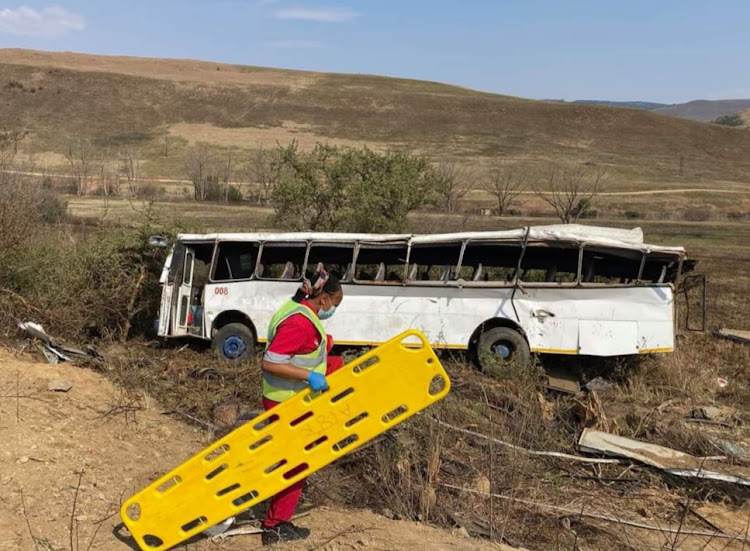 The driver of a bus carrying more than 70 church congregants lost control and the vehicle rolled down an embankment in Underberg, KwaZulu-Natal on Sunday, leaving scores injured.

According to Underberg Emergency Medical Services (UEMS), the crash took place in the vicinity of Umzimkhulu River Lodge at around 9.30am.

"On arrival, crews found absolute chaos. A bus carrying church goers had lost control on a sharp bend and left the roadway before rolling down an embankment.

“It was established that 74 patients, including 14 children, had sustained minor to serious injuries and required medical intervention,” UEMS said.

Emergency medical services from as far as Pietermaritzburg were summoned to the scene to assist.

“A call was made to multiple other services for assistance and the transportation of the injured.

“At 11.45am, all 74 patients were accounted for and being transported to nearby hospitals for further medical care.”

Nelson Mandela Bay mayor Nqaba Bhanga may be in danger of losing his candidacy for the metro after his involvement in a car accident that left two ...
News
4 months ago

A horrific taxi crash into a tree in Krugersdorp left six people dead and five - including a child - seriously injured on Saturday night.
News
4 months ago

Eleven people have died in a horrific crash in southern KwaZulu-Natal involving three trucks, a minibus taxi and a bakkie.
News
4 months ago