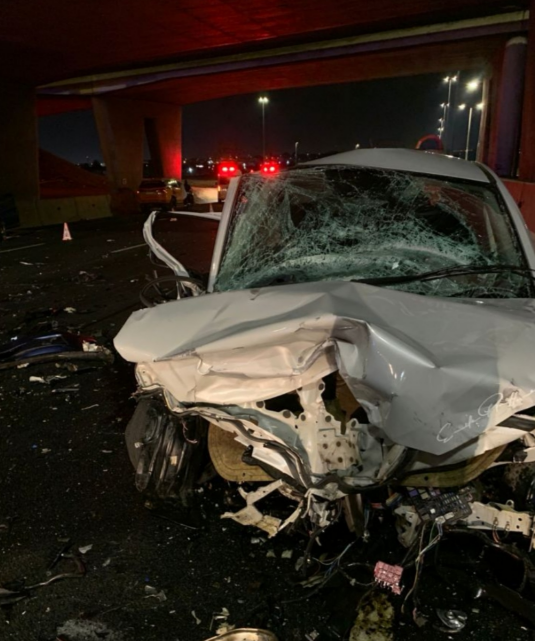 A head-on collision on the N12 highway near Germiston on Sunday night has left one person dead and two seriously injured.
Image: Emer-G-Med

One person has died and two people are fighting for their lives after their vehicles crashed head-on on Gauteng’s N12 highway on Sunday night.

“The driver of one of the motor vehicles, a male approximately 30 years of age, was found to have suffered fatal injuries and was declared deceased when paramedics arrived.

“The driver and passenger in the second vehicle, a male approximately 35 years of age and a female approximately 27 years old, were found to be in a critical condition. Advanced life support paramedics worked to stabilise them on the scene before they were rushed to a nearby hospital for immediate definitive care.”

Van Reneen said the cause of the collision was unclear and police were investigating.

"My family has been flooded with calls asking about me and the car accident and it been hell since the ams, like 3am. However, I am fine and I was ...
TshisaLIVE
4 months ago

Nelson Mandela Bay mayor Nqaba Bhanga may be in danger of losing his candidacy for the metro after his involvement in a car accident that left two ...
News
4 months ago

A horrific taxi crash into a tree in Krugersdorp left six people dead and five - including a child - seriously injured on Saturday night.
News
4 months ago