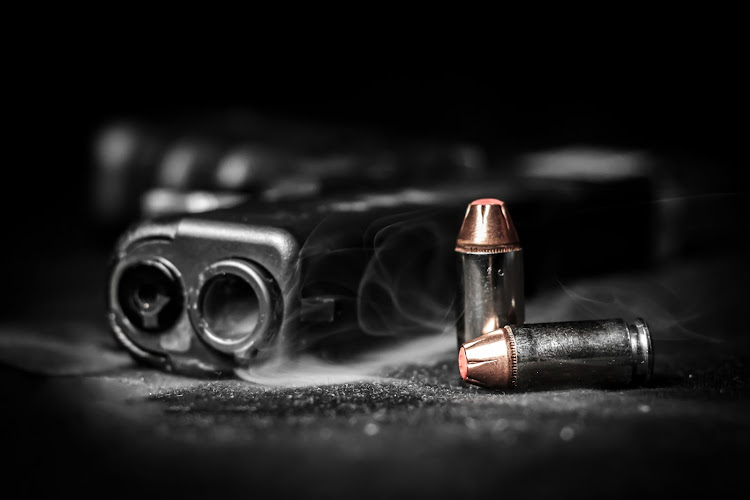 An elderly lady was shot and injured by a stray bullet that was allegedly discharged from the funeral of Kebby Maphatsoe on Sunday. Stock photo.
Image: 123RF/123RF Premium

Residents at the Eeufees Oord old age home in Westdene, Johannesburg, are living in fear and scared to sit outside after one of the residents, Margaret Holloway, 76, was hit by a stray bullet in her leg on Sunday while sitting in the garden.

The bullet was allegedly fired during the funeral of Kebby Maphatsoe at West Park cemetery and struck Holloway's leg.

It's alleged that the bullet was from an AK-47, but police spokesperson Brig Vish Naidoo said the calibre of the firearm used will only be determined during their investigation.

Margaret’s son, Lee, told TimesLIVE he was very disturbed by the incident. Adding to his pain was the poor treatment he alleged his mother received at the Helen Joseph hospital.

“She is still sitting in her wheelchair with the bullet in her leg. They have not removed it and we are now told that they will not remove the bullet and she will be discharged,” he said on Tuesday morning.

The police are investigating cases of contravening the Firearms Control Act after shots were fired in the air on Sunday during the funeral of Kebby ...
News
4 months ago

According to Lee, his mother was wounded between 4.30pm and 4.45pm on Sunday.

A resident at the old age home, Jenny Heuvel, said since Sunday the residents have been living in fear and scared to sit outside.

“People are on their nerves because they don’t know when this can happen again,” she said.

“They can’t sit outside to get fresh air and the sun. They are always locked in their rooms.”

Heuvel, who has been a resident at the home for 15 years, said they have never seen anything like this before. Though she says she was not there when the shooting happened, she said those who were there said the gunshots were very loud and scary.

There should be forensic tracing to see from which weapons they were fired, and the people who fired them should be jailed.

Naidoo said they are investigating a case of attempted murder.

DA MP James Lorimer said reports from Maphatsoe's burial indicate some senior police officers were present and that there is no sign they did anything to stop the shooting, which took place in a cemetery surrounded by a residential area.

“The sheer irresponsibility of firing multiple live rounds into the air in densely settled areas is difficult to believe. The fact that it was at the funeral of a one-time senior member of the ANC government speaks volumes about the type of organisation the ANC has become,” Lorimer said in a statement.

He said there needs to be a proper police investigation immediately because at least two bullets have been recovered. “There should be forensic tracing to see from which weapons they were fired, and the people who fired them should be jailed.”

The president of the now disbanded uMkhonto weSizwe Military Veterans Association (MKMVA) Kebby Maphatsoe was a soft man who died angry, his brother ...
Politics
4 months ago

Politicians and members of the public have conveyed messages of condolences after the passing of Kebby Maphatsoe, former leader of the Umkhonto we ...
Politics
4 months ago