'Why would we vote?': Mamelodi Hostel residents angry at half-built 'shack' houses 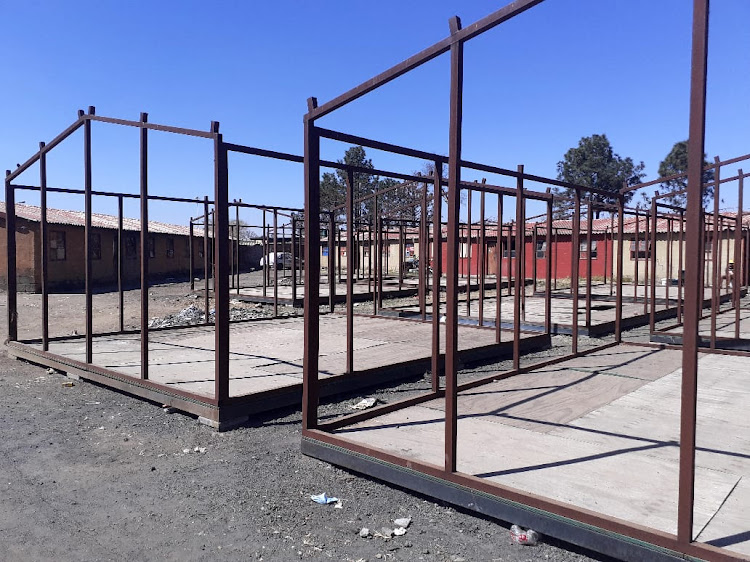 About 1,000 TRUs units were supposed to have been erected by July, for R64m.
Image: Shonisani Tshikalange

A year since they were promised temporary residential units to ease overcrowding in a bid to contain the spread of Covid-19, Mamelodi Hostel residents are angry that the project has stalled.

When TimesLIVE visited the hostel last week, many of the temporary structures stood incomplete in the middle of the hostel block complex.

Some structures, made of corrugated iron, had been partially constructed. They had no roofs, and there was no water nor electricity. Some of the building materials were stacked on top of each other, rusting.

The TRUs that had been completed were unoccupied.

Hostel resident Maxwell Maseema said the debacle has led to him no longer trusting anything the government says.

“Our government is failing us. We are not even interested in voting. Why would we vote?” he said.

Maseema added: “Even the municipality doesn’t care about us. These temporary houses would have been good if they had built them in an appropriate way. They have just placed them randomly here, when it’s raining they get flooded. They should have called a surveyor before they built these things. They just brought a truck to come and clear the open space and started building.”

The 28-year-old, who has been living in the hostel for five years, said residents are simply trying to survive, as there is no social distancing in the hostel. Twelve people share a room in some cases, he said.

“There are some who share a bed in here. The government should have tried to renew the hostels and make them two floors and turn them into family houses. The money that they spent here [on the TRUs] could have worked better,” he said.

He said residents would be struck with fear when there was a Covid-19 case in the room.

Maseema said surviving during lockdown was a particular struggle.

“We had to ask family members to help us survive during lockdown. We were told about food parcels but up until today, there is no food parcel. We tried to apply for the R350, some got them but others didn’t,” he said. 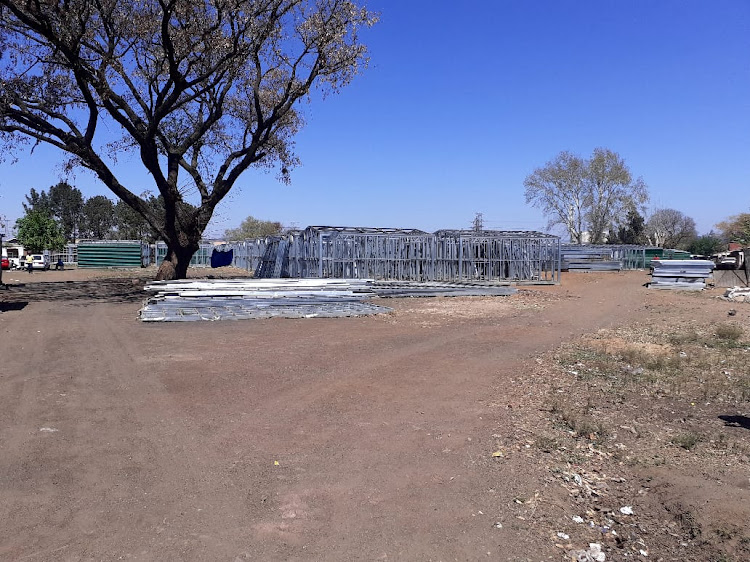 Some structures have been partially constructed but are without roofs, water or electricity, and some materials are stacked up and rusting.
Image: Shonisani Tshikalange

Another resident, Levy Kgaphola, complained that there was still no social distancing in the area.

“This is why this Covid-19 will not end. There are so many people in here and they stay close together. If they finish [the TRUs] maybe it will be better. It has been a standstill and we don’t know what is happening,” he said.

The 49-year-old said he was had been working in construction before he lost his job in the first lockdown.

“We had registered for food parcels during lockdown but we didn’t get anything,” he said.

Thabiso Matseke, another resident, said: “We are just living here. We don’t have electricity, space, and these hostels are old. We are eight [living] in a room, and we have divided it into four-four. We don’t have any privacy. What I do, the person next to me hears me. We were just hopeful, thinking that we are going to have electricity.”

Matseke said he wanted to move to the new TRU structures as many people have died in the hostels from the pandemic.

He said an ambulance was called in to fetch one of his roommates during a recent outbreak - “and he never came back”.

“We were scared, thinking that it was going to get us, too, but we have survived. It has infected us and went away. When someone coughed we used to be scared.

“We were dying from hunger during lockdown. They came and registered us for food but they haven’t given us anything. We did get the R350 and were buying food which was able to hold us for 15 days at least, the other days we had to make plans,” he said.

He said he was badly affected when they discontinued the R350 social relief from distress grant, which was only recently reinstated.

“It was painful. I used to go to sleep hungry for a week, but I am still alive. They should allocate us housing. These hostels are not safe; they might fall on us any time. We fall asleep scared every day,” he said.

He said he was almost mugged when trying to go to the toilet at night.

“If possible they should remove these shacks [TRUs] and build us RDP houses,” he said.

But, even with the complaints now fully aired, he knew politicians would be arriving soon - but he didn't trust them.

“Now because elections are coming they will be coming. They remember us when it’s time for votes. They now know that people live here ... When they get votes, they run away,” he said.

Community leader and general secretary of the Sebata Kgomo movement, Aspen Makung, has called for a probe into the TRU project, saying there must be accountability for the money spent on the housing units.

“Surprisingly, the government does not want to bring adequate houses as per the South African constitution, but now they are bringing tin houses. When they brought these shacks they didn’t even consult the people in the hostels; they imposed these tin houses regardless of the people’s feelings,” he said.

A security guard at the site, who did not want to be named fearing job reprisals, said he started guarding the structures and material from June this year.

“The owner of the first security company wasn’t paying his employees properly. The pay used to be delayed, so the municipality took over and called our company. We are the ones who are guarding here since June,” he said.

He said that since they started guarding, they haven’t seen any work being done.

“We have been guarding the material so that it doesn’t get stolen. They haven’t told us anything. Thieves try to steal some material at night but we try very hard to protect the material,” he said.

Resident Amos Maleka said that when government officials came to the area last year they asked those who had built shacks at the hostel to demolish them when the TRU building project started.

“They started building but haven’t completed. We don’t know what they will tell us because the year is almost over and we are going towards elections. It could have been better if they had taken the money to renew the hostels and divide them into [more] rooms,” he said.

The 46-year-old said though residents worried about the virus, there was nothing they could do.

“There is nowhere we can go. We are forced to stay here. This year, after Good Friday, I felt very sick and I struggled to breath when I walked. When I came back from the doctor I had to stay in the same room. I don’t know who is going to help us.

“People worry because when you go to the doctor you come back here and have to sleep here. There is nowhere you can go. When I had the virus I had to steam myself so that I don’t get worse,” he said.

Mehlape-Zimu confirmed that the scope of the project had been reduced from 1,000 to 633, and that, to date, 454 units have been constructed.

Several deadlines to deliver were missed, including the first initial deadline of July 31 2020.

“The deadline was not met due to a myriad of issues such as [community] stoppages of the project at the commencement of the project demanding subcontracting opportunities, poor performance by the contractors, budgetary constraints ... The project was approved in May 2020, which was towards the end of the 2019/2020 financial year which ended in June 2020,” said Mehlape-Zimu. 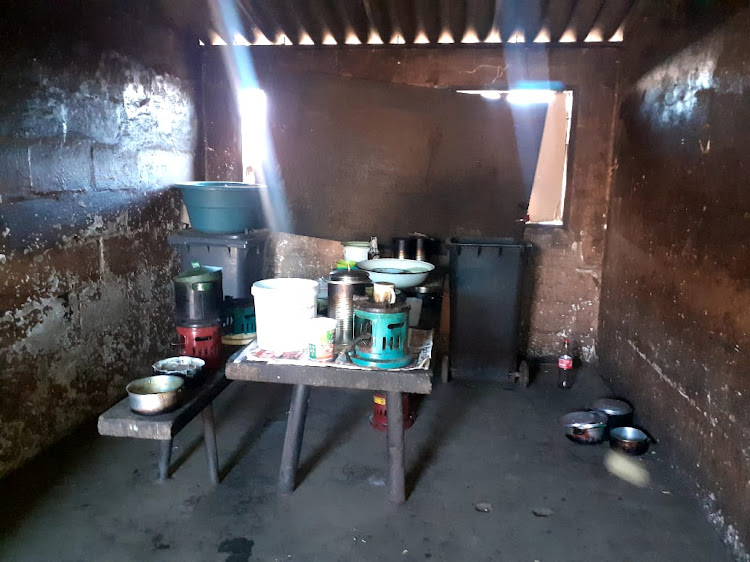 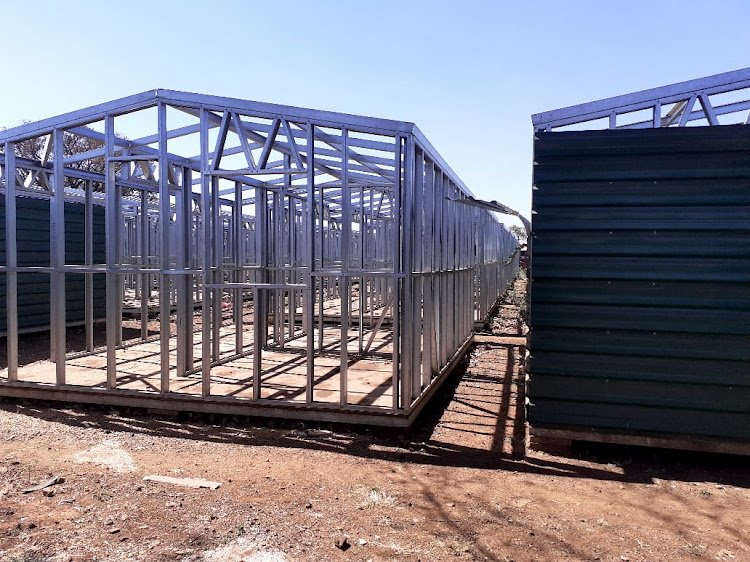 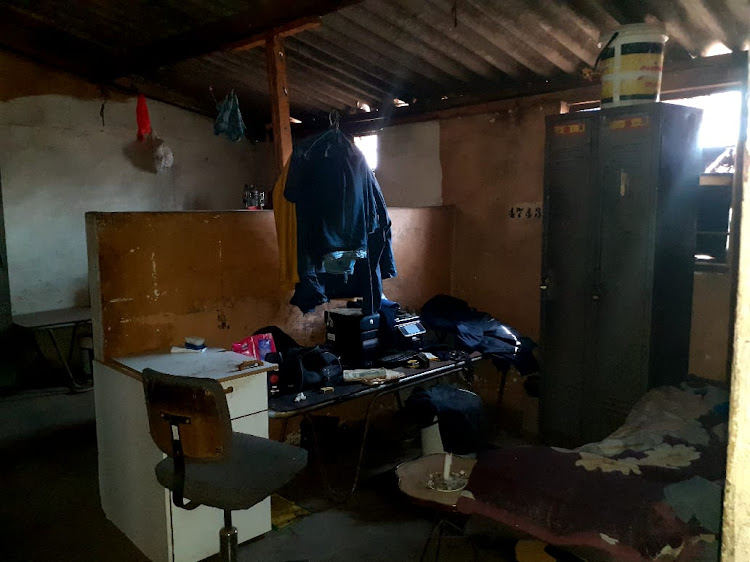 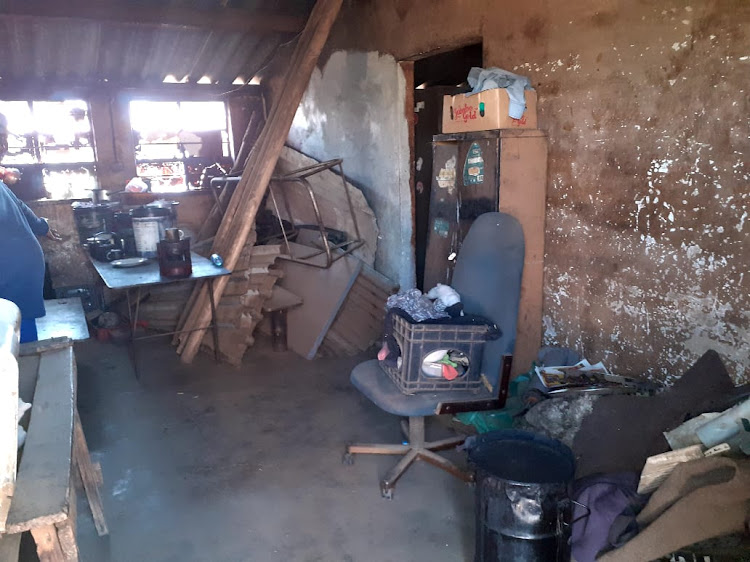 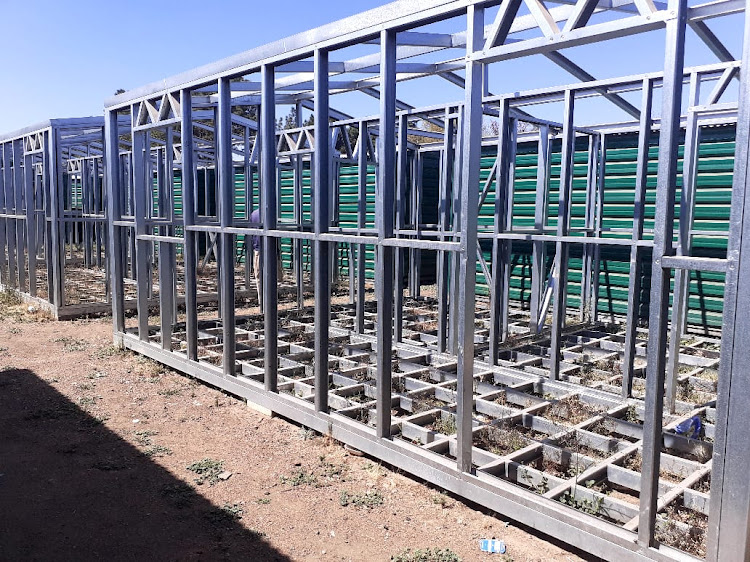 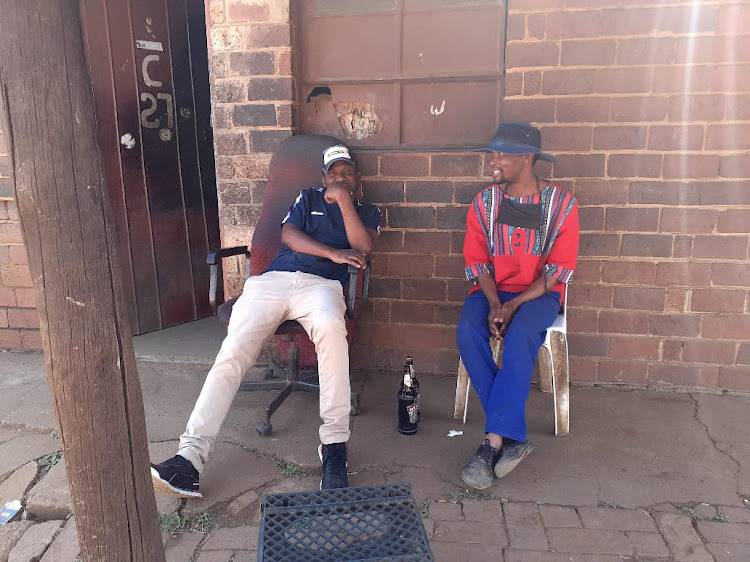 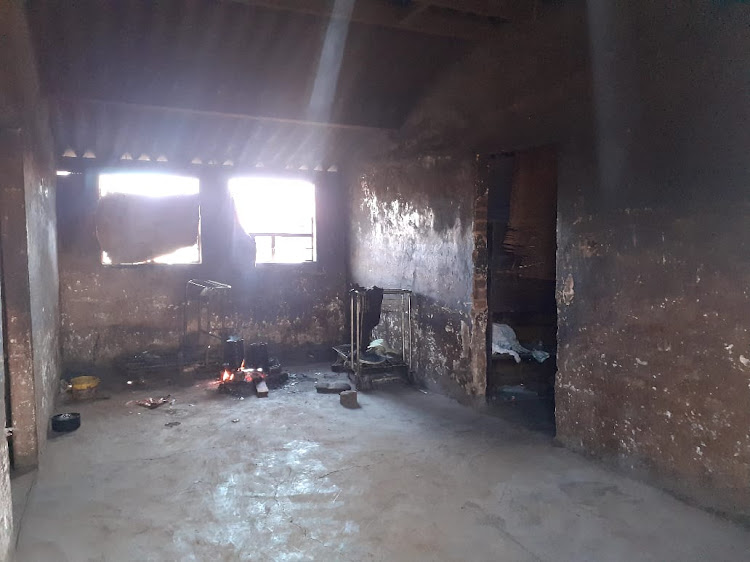 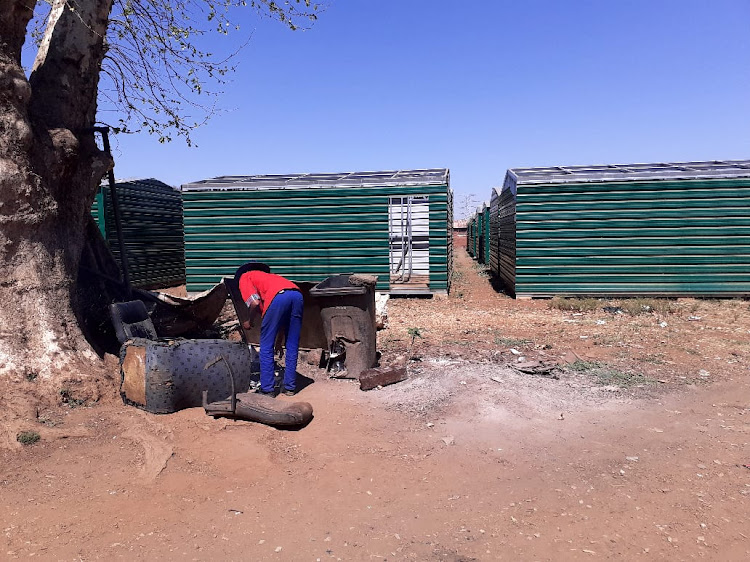 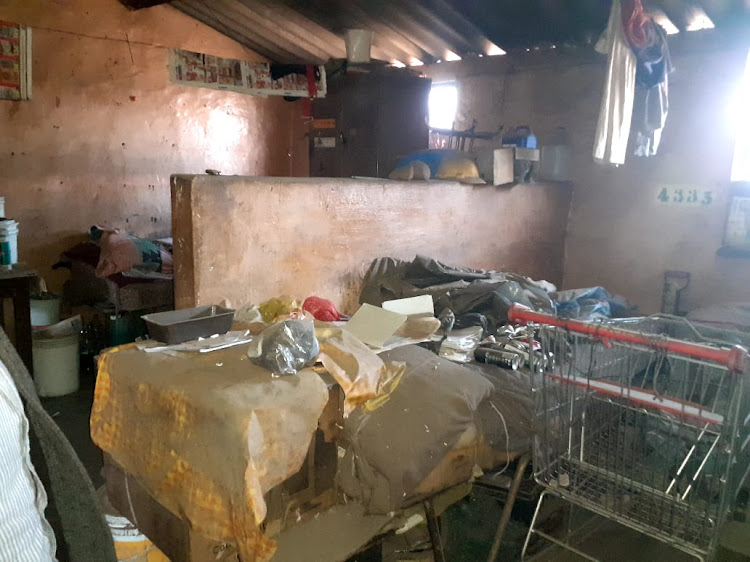 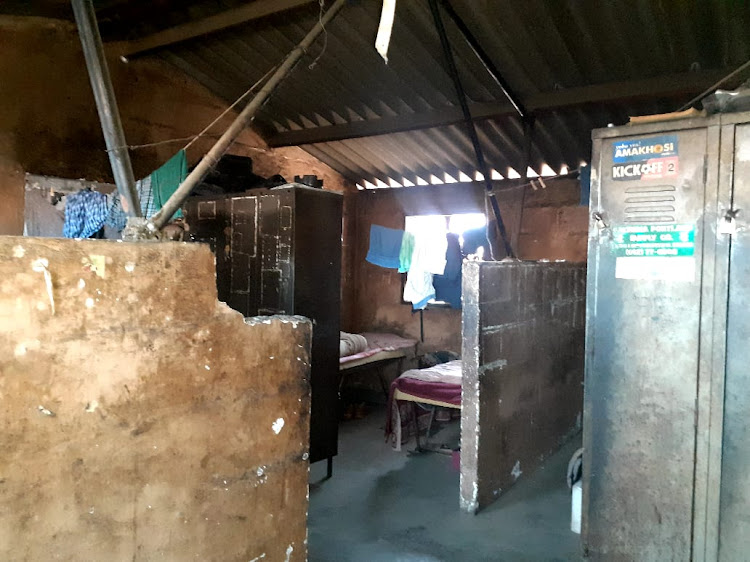 Mehlape-Zimu said the project should have been completed not later than June 30 this year, but there were still `179 units that had not been completed.

She said the HDA had given the contractors a snag list to address all identified defects, and that once these have been addressed then the units would be allocated to beneficiaries.

Meanwhile, human settlements department spokesperson Mandulo Maphumulo said that the city of Tshwane had appointed the HDA in 2020 as the implementing agent for the provision and construction of temporary residential units, as part of the plan for the redevelopment of Mamelodi Hostel.

“The [city] has advised the department that the HDA has prepared a close-out report on the project. They further advised that the contents of the report form part of discussions and consultations between the [city] and HDA.

“The [city] has also advised, upon finalisation of the required consultations and discussions with the HDA, that they will provide the department with an update on the progress related to the implementation of the project,” said Maphumulo.

'My dream has gone up in smoke': Another pandemic housing project stalls

In Mamelodi, Tshwane, a group of hostel dwellers are eagerly eyeing a nearby development of half-built "shack" housing units.
News
1 year ago

'Now I am able to wear a mask': hostel residents get help to fight Covid-19

"Now I feel happy that I am even able to wear a mask. I used to use a cloth and wrap it around my face. I really appreciate what they have done."
News
2 years ago