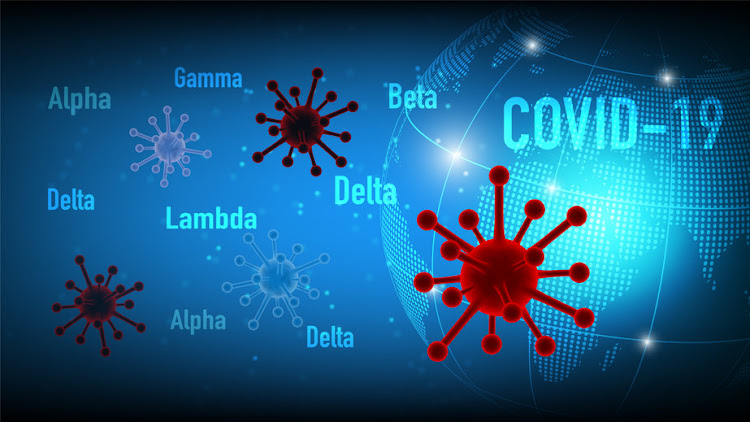 An Africa network to sequence variants of Covid-19, and other diseases, is getting a boost with the launch of a new centre in Cape Town.
Image: 123rf/flyalone

For Africa to get on top of Covid-19 - and potentially other diseases in the future - being able to track and sequence pathogens is going to be key.

New disease variants, as shown by Covid-19's Delta, can change the course of pandemics, and identifying these changes is vital.

To this end, the continent received a huge boost on Thursday, with the announcement of a centre by the SA National Bioinformatics Institute (Sanbi), with support from the World Health Organisation.

Only 1% of more than 3-million Covid-19 sequences globally have been done in Africa.

Sanbi, based at the University of the Western Cape, will set up a regional Centre of Excellence for Genomic Surveillance in Cape Town, which will initially support 14 countries in improving their surveillance of Covid-19 and other diseases.

This will enable the 14 countries to scale up their sequencing 15-fold every month, said WHO regional director for Africa, Dr Matshidiso Moeti, at a briefing on Thursday. The results will shed light on how Covid-19 spreads into communities.

Moeti said: “The third wave has shown us how variants can hijack the efforts to tame the pandemic. Countries must step up surveillance because without genomic information, variants can spread undetected. You can’t fix what you don’t measure.”

The WHO will provide an initial $4.5m over six months for the initiative.

SA recently announced the identification of a new variant, known as C.1.2, but it was found in less than 3% of samples and has not been identified to date as a variant of interest or concern.

Scientists said they were confident that vaccines would remain effective against the variant, which has 59 mutations.

Moeti said 130 samples had been identified as the C.1.2 variant in 10 countries worldwide, half of them African, namely SA, Botswana, DRC, Mauritius and Botswana. Nearly 90% (109) of the samples were in SA.

The Africa CDC, WHO and their partners last year set up a Covid-19 sequencing laboratory network in Africa, which has produced nearly 40,000 pieces of sequencing data.

Prof Christian Happi, director at the African Centre of Excellence for Genomics of Infectious Diseases at Redeemer's University in Nigeria, said the national, regional and reference labs supported by the network had done very well.

“We trained 14 different African countries on how to do genomic sequences and some countries, like Rwanda, went back and within a week were able to generate on their own,” he said.

“From Morocco to Tunisia, Somalia to Ethiopia, these countries have done over 20,000 genomes. We are in a way better position than in 2014 and 2016 when all the work on Ebola [sequencing] came from outside,” he said.

Sanbi director Prof Alan Christoffels said that the centre would stand the continent “in good stead as we fly into many other diseases that we have to respond to”.

Eswatini, Sao Tome and Principe, and Senegal, among other countries, have recently got financial support from the WHO to reinforce their genomic surveillance.

Vaccination is the most effective way to stop the emergence of new, potentially terrible, variants, which undermine the vaccination efforts of the international community, said Happi.

“We, in the field of genomics, see that as long as there is transmission [of Covid-19], new variants can be a terrible threat. It ts important for the world to come together and make sure we all get vaccinated as soon as possible ... As long as all of us are not safe, nobody is safe.”

China's Sinovac Biotech will trial its Covid-19 vaccine in children and adolescents in South Africa as part of a global Phase III study.
News
11 months ago

Government workers in Zimbabwe who do not want to be vaccinated against Covid-19 should resign, its justice minister said on Tuesday.
News
11 months ago

The rate of rollout of vaccinations has a significant bearing on the prospects for SA's economic recovery, says the group.
News
11 months ago