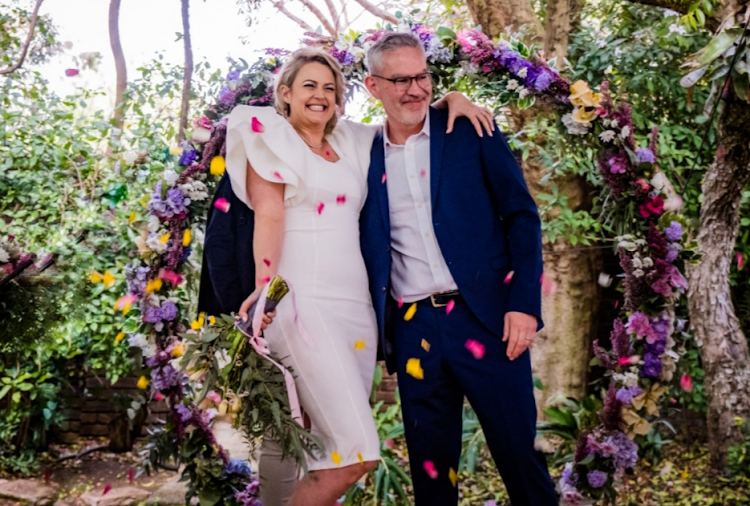 A weeklong hospital stay in a Covid-19 ward, a sick family, breastfeeding, a surprise wedding, a milestone birthday, a magical honeymoon, cyber bullying and some online vigilantism.

All this has featured very recently in the life of social media law expert Emma Sadleir-Berkowitz.

“It’s been a helluva time. I had a baby, got super sick with Covid, I had got married and now I am dealing with bullying and sexting stuff,” she told TimesLIVE, as she sat quietly with a sick toddler on her lap.

Sadleir-Berkowitz — who married her partner, lawyer Adam Berkowitz, last week — is in the throes of expanding her digital law company and digital law academy internationally while taking on new cases, speaking at schools and raising two children under the age of two.

It has been a busy year for the social media law specialist, who gave birth to her youngest child, Tommy, just five months ago.

A teacher who had a sexual relationship with a pupil earned a harsh rebuke before being fired this week.
News
11 months ago

“Then in July we all got Covid. It was during lockdown, nobody was going anywhere so I have absolutely no idea how we caught it,” she said, explaining that she, Berkowitz, both her parents and both children caught the virus at the same time.

“I was breast-feeding at the time and was immune-compromised so I got it the worst,” she said, relieved that neither of her parents got very sick.

She was given a bed in the postnatal ward at Park Lane Clinic, where she spent a week feeling like “I was recovering from some kind of brain injury because of all the dissociation and fog”.

She returned home, where recovery has been a bit of a battle with baby Tommy, toddler Charlotte, no nanny during lockdown and an endless stream of work coming in. And the requests she receives are hard-core, graphic and all the more horrific because the victims and offenders she deals with are often children.

Sadleir-Berkowitz, who co-authored Don’t Film Yourself Having Sex and Selfies, Sexts and Smartphones, has become known as SA’s leading social media law expert and attracts numerous requests from people desperate for help as they battle against cyber, online and social media bullying.

“Mostly, it’s first response kind of stuff, and I just send out lawyers' letters to children if they’re over 12, and copy in their parents and sometimes the school too,” she said.

“Cancel culture is when you have extreme naming and shaming for whatever reason. One case I am dealing with now is a young girl being victimised because she stated that she did not believe in the use of a particular type of pronoun, and so the person using that pronoun got together a group which set about sending hate messages, voice notes and cancelling this girl,” said Sadleir-Berkowitz.

“It’s a form of vigilantism online and something children do to children.”

Her response is generally to send the offender a letter of demand — whether it is for an apology, retraction or removal of offensive material. And what she sees is intense.

“I have one case where a 12-year-old girl beat up another 12 year-old in an incident that was orchestrated, purposefully filmed and circulated,” she said.

Another is of an 11-year-old girl receiving graphic threats on Discord. All of them are cases she is using to drive her efforts to speak to schools and get information out. And she is running fast to stay on top of the latest legal changes in cases involved the Protection of Personal Information (Popi) Act, fake news and online crime in a pandemic. 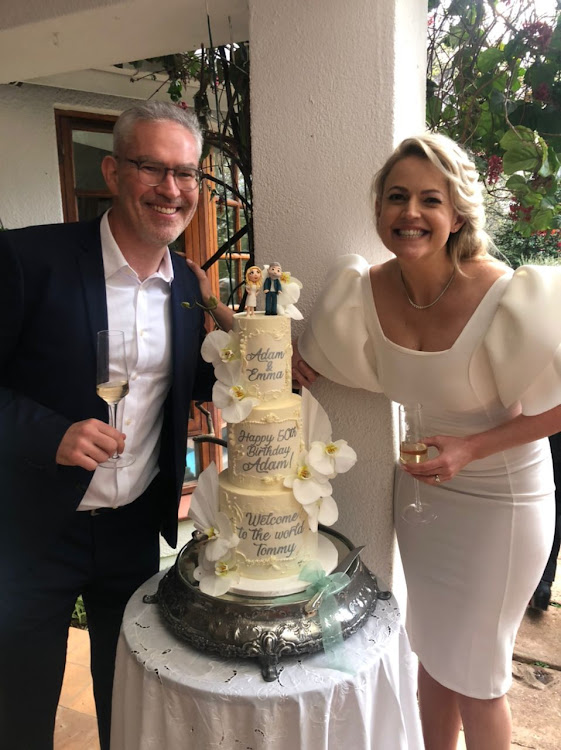 Last week, she stepped it up another gear by hosting a “Welcome to the World” ceremony for her baby boy on her husband’s 50th birthday — and deciding four days ahead of time to get married on the same day and then head out on a honeymoon.

“It was a bit crazy, but it was Adam’s birthday, Tommy wasn’t going to fit in the Sadleir christening gown for much longer and so we did it all at one time in the garden at home while everyone was in town,” she said, describing her children as “Janglicans” – the term they coined for the offspring of Jewish and Anglican parents.

She makes most of her income from speaking events, teaching people how to live in a digital world. But lockdown restrictions have caused another shift in how she gets her message out.

“I used to average six flights a week but now I am able to stay home, speak online at school events all over the country and expand internationally all here from home,” she said.

And now — less than a week after the momentous day of change — she is blissfully happy. Back home, back at work, helping frantic parents and back to being mom.

Cyberbullying and online sexual grooming of children 'on the increase'

The Film and Publication Board says it has noted an increase in cases of children being targeted for online grooming.
News
1 year ago

Scammers allegedly used face-exchange technology to superimpose his face on a graphic video.
News
1 year ago

According to CSIR researcher Sipho Ngobeni, bullies do not stop intimidating and humiliating others because they do not see the harm associated with ...
News
1 year ago