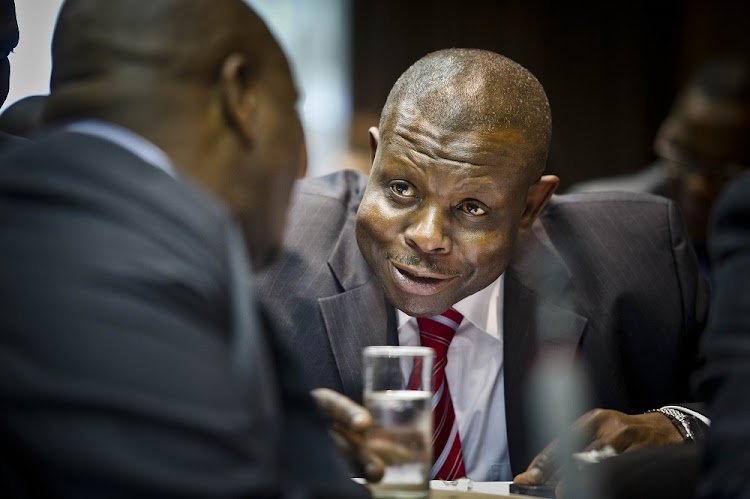 Western Cape judge president John Hlophe has urgently gone to court for an interdict to stay parliament's impending impeachment process against him and the process for his suspension by President Cyril Ramaphosa.

The Judicial Service Commission in August decided by a majority that Hlophe was guilty of gross misconduct for a 2008 complaint by all the then justices of the Constitutional Court. The ConCourt justices complained that he had sought to influence the outcome of cases, then pending before their court, related to corruption charges against former president Jacob Zuma.

The JSC’s decision was then sent to parliament, which must still, in terms of the constitution, decide whether to impeach.

Parliament has been advised against holding another inquiry into the conduct of Western Cape high court judge president John Hlophe.
Politics
8 months ago

Hlophe will also ask the Johannesburg high court — in Part B of his application - to declare that the August 25 meeting at which his guilt was decided was unlawful because the JSC was not properly constituted. This was, he argues, because neither the chief justice nor deputy chief justice were there, as required by the constitution.

Constitutional Court Justice Sisi Khampepe “was neither the chief justice nor a deputy chief justice at the taking of the JSC decision on 25 August”, he said.

Also, Hlophe said, neither the president nor deputy president of the Supreme Court of Appeal was there and an attorney, supposed to represent the attorneys profession in terms of the constitution, was also absent.

He said these people “suffer from various degrees of conflict, or are people against whom I have a reasonable apprehension of bias”. The judges mentioned were all part of panels that made decisions in some of the many court cases over the 2008 complaint, he said.

Hlophe added that Mlambo was “involved and actively participated” in his removal from the JSC as a representative of the judges president.

The reason for their actions was that his removal was justified by the complaint against him, said Hlophe.

Winde, Hlophe said, “adopted inexplicable animosity towards me”. He said he could only explain this on the basis that Winde was a “staunch and committed” member of the DA.

Hlophe also asked the Johannesburg high court to set aside the decision of the Judicial Conduct Tribunal, upon which the majority of the JSC based its decision. He has also asked the court to set aside the majority’s decision on the basis that it violated his right to equality before the law “and the right to an adjudication by an impartial tribunal”.

Parliament has been advised against holding another inquiry into the conduct of Western Cape high court judge president John Hlophe.
Politics
8 months ago

The false "directive" said judges whose handwriting did not improve should submit samples on Fridays and even come to work on Saturdays to write out ...
News
8 months ago

Judicial Service Commission spokesperson Doris Tshepe said no decision was taken on Friday about suspension and would not be drawn further on what ...
News
11 months ago