Here's why there was no water in Tshwane: massive illegal connection discovered 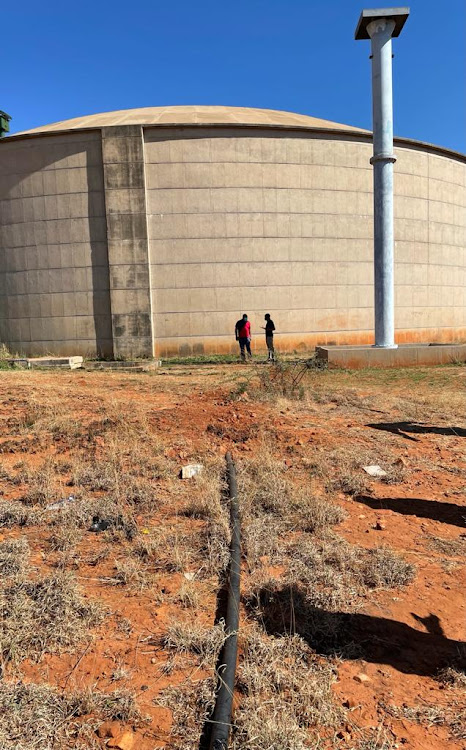 The City of Tshwane has removed illegal water connections at the Mamelodi Reservoir 4, which was causing outages in Mamelodi East.

The pipeline illegally supplying water to an informal settlement in the area was removed on Tuesday by the city's water and sanitation department.

The intervention came after complaints by residents of Mamelodi Extensions 4 and 5, Mahube Valley and Ikageng, who had been experiencing prolonged water outages.

The city’s spokesperson, Lindela Mashigo, said after the complaints the region 6 water and sanitation unit, which is responsible for the upkeep of the infrastructure and water supply, in conjunction with bulk water services, inspected the water network.

“It was through this check-up that a ground-bound pipeline that served as an illegal conduit of water to the nearby Baviaanspoort informal settlement was discovered,” he said.

Mashigo said the Tshwane metro police maintained visibility throughout the operation to ensure the safety of the artisans while disconnecting the pipe.

To prevent a reoccurrence, “The pipeline was cut up, rendering it unusable. The city has also ensured the closure of window frames with steel slates to make it difficult to break into the reservoir chamber where the illegal connection was made.”

He said the reservoir is gradually picking up, now that the municipality has removed the illegal connection and adjusted the pressure. The city on Tuesday disconnected the illegal water connection that was causing water outages to Pretoria East households.
Image: City of Tshwane

“The municipality would like to commend the residents affected by the water outage for their patience and the water supply difficulties they endured for two weeks.

“We wish to plead with residents across the city to report to the TMPD [metro police] acts of vandalism, tampering with electricity and water infrastructure as well as illegal connections to the water network.”

The issue has been ongoing for years, with residents now concerned the elections will further delay a resolution
News
11 months ago

Anger boils over as Gauteng water outages take their toll

High water usage has led to Rand Water issuing Gauteng municipalities with a notice of 20% water restrictions, after the water authority exceeded the ...
News
11 months ago

High water usage, together with ageing municipal infrastructure including leaking pipes, has led to Rand Water issuing Gauteng municipalities with a ...
News
11 months ago