Robbers grab cellphones worth nearly R1m from KZN store, police on their trail 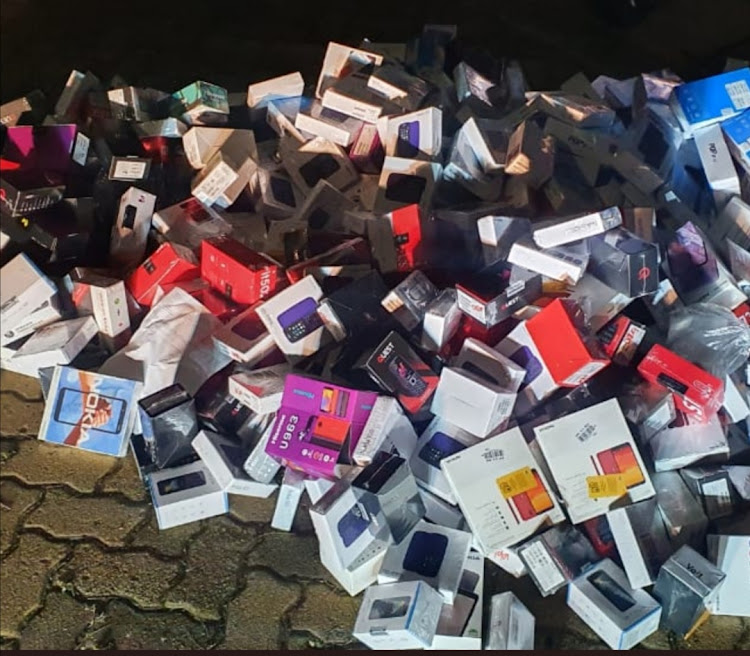 Police are searching for three armed men who allegedly robbed a Pietermaritzburg store on Monday and escaped with R980,000 worth of cellphones.

Spokesperson Col Thembeka Mbele said the trio entered the store in the central business district at about 5pm and “took a number of cellphones and fled the scene”.

“Police officials formed a ring of steel around Pietermaritzburg when they received information about the stolen cellphones traced to a house in Plessislaer.

“Upon their arrival, the suspects saw the police approaching and fled between the houses.

“The cellphones worth R980,000 and two bicycles were recovered at the house.”

Roadblocks, stop and search operations, raids and inspections over three days in Gauteng resulted in the arrest of 969 people.
News
3 days ago

Police in Paris caught three suspected armed robbers after opening fire on their car as they made their getaway from a 10 million euro (R169m) ...
News
1 week ago

Looters foiled as stolen TV sets are being remotely disabled

Some of the looters who gleefully ran off with televisions during the July unrest have been foiled by technology that remotely disables stolen TV ...
News
3 weeks ago