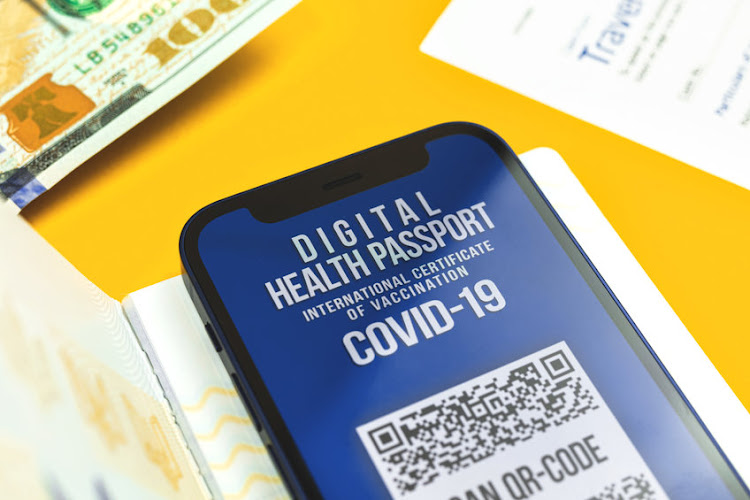 Calls have been made nationally for a protest against the possible plans for Covid-19 vaccine passports.

This comes after President Cyril Ramaphosa announced that the government was considering the idea of requiring citizens to produce proof of vaccination against Covid-19 to access certain activities, events and venues.

In response to the announcement, many protesters, under the World Wide Rally For Freedom banner, will join the global protest against vaccine passports taking place on Saturday.

During his address to the nation on Sunday, where he moved the country to lockdown level 2, Ramaphosa said vaccine passports may come into effect soon.

He said the health department was looking at ways of introducing the passport and said he would give more details when he reviews the measures.

“We will also be providing further information on an approach for vaccine passports, which can be used as evidence of vaccination for various purposes and events so that people are able to demonstrate that they’ve been vaccinated.

“The Department of Health is looking at a variety of mechanisms in other countries to do it electronically through cellphones or other forms of demonstration,” Ramaphosa said.

According to the organisation planning the demonstration, the protest will take place in more than 40 countries, including SA.

The movement, among other things, is advocating for the end of lockdowns, the end of mask mandates, the prevention of mandatory vaccines and the end of all state of emergency declarations.

“On Saturday we will all demonstrate for our fundamental human rights, for our constitutionally protected freedoms, and for the end of the excessive coronavirus restriction measures,” the movement said.

“We are anticipating that we will receive complaints. How we intervene will depend on how the passport will be used,” says SAHRC chair Prof Bongani ...
News
4 months ago

The SA Human Rights Commission (SAHRC) said this week it was expecting to receive complaints about the Covid-19 vaccination passports, and would monitor how it is implemented.

“We are anticipating that we will receive complaints. How we intervene will depend on how the passport will be used,” said SAHRC chairperson Prof Bongani Majola.

“If the vaccination passport is used to say, ‘if you do not vaccinate you will not go to school or you can’t go to the clinic’, it may be problematic, because you will be dealing with a situation where the passport appears to be interfering with an existing right,” added Majola.

According to the gazette signed by co-operative governance and traditional affairs minister Nkosazana Dlamini-Zuma, religious, social, political, and cultural gatherings are restricted to 250 people indoors and 500 people outdoors.

If a venue can’t accommodate the number of people while maintaining social distancing of at least 1.5-metres between them, it is restricted to 50% of its total capacity.

“Every person when attending a gathering, and to limit exposure to Covid-19, must wear a face mask, adhere to all health protocols, maintain a distance of at least one-and-a-half metres from each other and adhere to the curfew hours,” states the gazette.

The presidency seems to have had a change of heart regarding the potential implementation of a vaccine passport system.
News
4 months ago

Cyril Ramaphosa says vaccine passports could be coming, but some are not impressed

Vaccine passports and the easing of lockdown restrictions under level 2 have scores talking on social media.
News
4 months ago