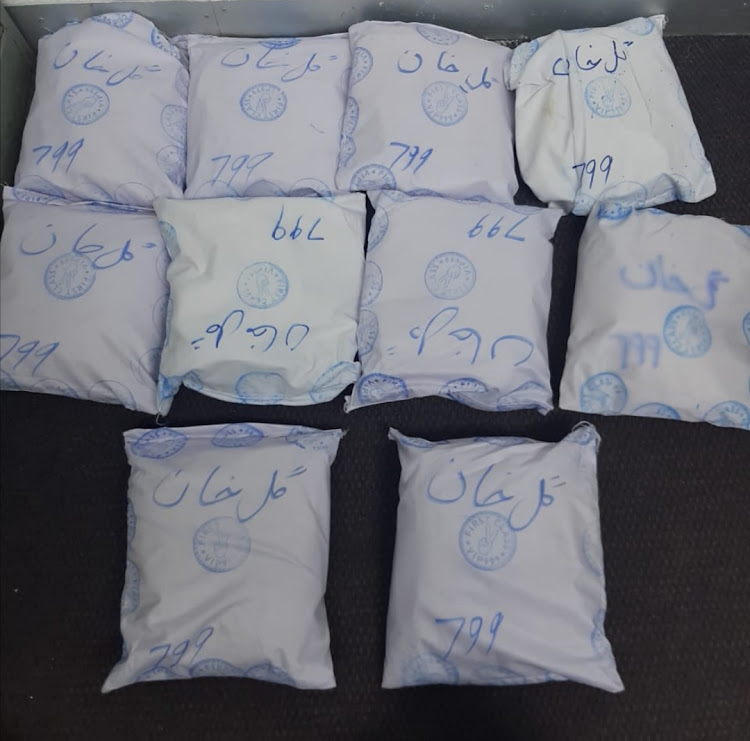 A suspected drug dealer has been arrested by the Hawks after he was allegedly caught with heroin with a street value of about R1.8m.
Image: Hawks

The Hawks swooped on a suspected drug dealer at the Mariannhill toll plaza who was allegedly transporting heroin worth about R1.8m from Johannesburg to Durban.

“His case was postponed to September 22 2021 for a bail application,” said Mhlongo.

“An intelligence-driven operation was conducted at the Mariannhill toll plaza after information was received about a suspect who was transporting drugs from Johannesburg to Durban.

“Members spotted the said vehicle and it was intercepted. A search was conducted and 10 packs of heroin powder, with the street value of about R1.8m, were found concealed in the dashboard.

“Chetty was arrested and charged for dealing in drugs,” he said.

The Hawks arrested a 26-year-old Pretoria man for allegedly being in possession of abalone and attempting to bribe them with R10,000 to let him go.
News
4 months ago

The Hawks have arrested a KwaZulu-Natal woman for allegedly hiring a hitman to kill her husband.
News
4 months ago