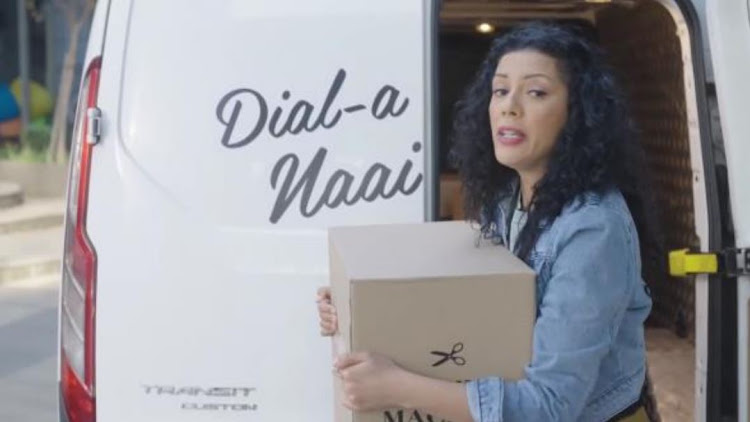 The Directorate of the Advertising Regulatory Board has dismissed two complaints against the advertiser, The Courier Guy, over a Pudo TV advert broadcast on DSTV channel 144.
Image: supplied

A TV advertisement, which was clearly crafted in a way that plays on the more vulgar meaning of the word “naai”, will not be pulled off screens.

The Directorate of the Advertising Regulatory Board has dismissed two complaints against the advertiser, The Courier Guy, over a Pudo TV advert broadcast on DStv channel 144.

The complainants, Debbie Zaayman and Dries Rall, took issue with the word “naai”, explaining that this was a sexually explicit word used to reference intercourse. They argued that the commercial was in bad taste and should not be broadcast on television. The second complainant acknowledged that the complete phrase read “Dial-a-Naaimasjien”. 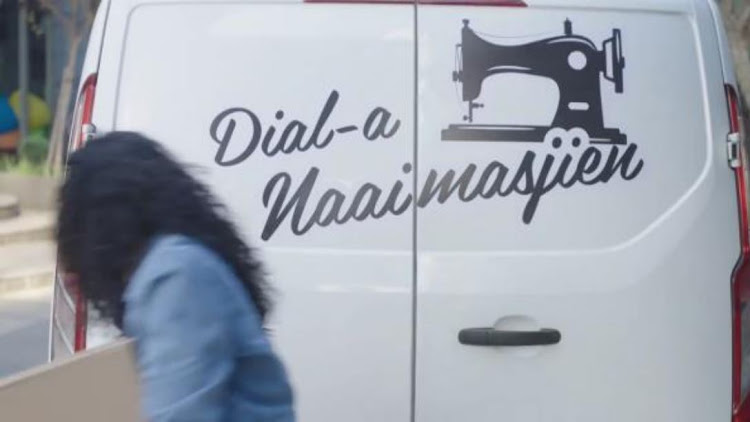 Had the advertiser left the viewer with the impression that the business was called “Dial-a-Naai”, there might arguably have been room to argue that this reference to arranging intercourse was likely to offend against societal norms and prevailing standards.
Image: supplied

The commercial opens with a lady struggling to unload a rather large and heavy box from the back of a utility van. Only the right-side door is open, and on the closed left-side door, the words “Dial-a-Naai ...” are visible.

She says that “Delivering stuff can be a bit ...”, at which point a hooter is heard, making her last word inaudible.

She then closes the right-side door with her foot and walks away, while the words “Dial-a-Naaimasjien” and an image of a sewing machine appear across the back doors of the utility van. As she inserts a box labelled “sewing machine” into a Pudo locker, she explains, “With Pudo, it's [sound of someone whistling] easy”, and closes the locker door.

The advertiser told the directorate that complainants were basing their complaints on a portion of the commercial, while ignoring the full communication.

“The character portrayed is clearly a businesswoman who sells sewing machines. The Afrikaans word for a sewing machine is a “naaimasjien”.

The advertiser said at no point did the commercial feature any content of a sexual nature, and it had never had any foul or sexual intentions when producing and broadcasting the commercial.

At the outset, the directorate rejected the advertiser’s submissions that there was no sexual innuendo intended.

“The commercial is clearly crafted in a way that plays on the more vulgar meaning of the word 'naai', which is a crude reference to intercourse. The name of her business is, after all, “Dial-a-Naaimasjien” and not “Dial-a-Sewing Machine”, which would be more logical, given that she appears to be English-speaking, and that the first two words of the company name are also English, and the rest of the commercial is in English.

“The directorate has no doubt that the emphasis on this word at the beginning of the commercial deliberately sought to leverage its uncouth meaning.”

The directorate said the play on words was in line with the advertiser’s overall brand positioning.

“The directorate has previously considered an advertisement that similarly used the word 'doos', taking advantage of its double meaning. Other commercials of the advertiser’s also appear to rely on sexual innuendo and double entendre. While the directorate finds the advertiser’s continued denial that there is anything sexual in their advertising disingenuous, it also notes that the fact that advertising uses a sexual pun or similar device is not in itself against the Code of Advertising Practice. It will depend on the context and execution,” it said.

The directorate said the humour in the commercial at hand lies in the conclusion of the joke with the complete business name “Dial-a-Naaimasjien”, as the viewer realises that the initial communication was incomplete, and the complete communication is perfectly innocuous.

“Any initially assumed reference to intercourse dissipates at this point. It is also worth noting that nothing in the lady’s appearance, tone or demeanour suggests anything sexual or untoward. This style of humour coincides with the apparent and deliberate efforts to obscure what may well be swear words in the delivery lady’s speech. It is noted, however, that neither complainant objected to this particular issue.”

The directorate then had to establish if the joke, being that the lady is delivering sewing machines, and not sex, is portrayed in a manner that constitutes serious, widespread or sectoral offence which is not justifiable in an open and democratic society based on human dignity, equality and freedom.

“In this regard, the directorate cannot ignore the fact that the 'joke' is carried through to fruition, as is evident from the full company name that is displayed when the lady closes the door of her utility vehicle. At this point, the crude double-entendre is dismantled, and she simply becomes a lady delivering sewing machines, which are known as “naaimasjiene” in Afrikaans.”

“She does not behave in a manner that suggests otherwise, and a reasonable viewer would realise that the wording chosen was done for the sake of eliciting a chuckle from people who subscribe to this type of humour. To rule against the advertiser on the basis that its humour is not to the liking of some would be contrary to the principles of the code, and would ignore the intention behind clause 1 of section II,” it said.

Had the advertiser left the viewer with the impression that the business was called “Dial-a-Naai”, there might arguably have been room to argue that this reference to arranging intercourse was likely to offend against societal norms and prevailing standards.

“The directorate acknowledges that this might sit uncomfortably with some viewers, and that the commercial relies on humour that some might find inappropriate. It does not, however, believe that the commercial, when seen as a whole and in context, causes unreasonable and unjustifiable offence in a manner that the code seeks to prevent.”

Not fare: Airlink berated for misleading ad for 25% discount

SA's advertising watchdog has found regional airline Airlink guilty of misleading advertising after a consumer complaint over a special offer ...
News
1 month ago

The Courier Guy company was let off the hook after the Advertising Regulatory Board dismissed a woman’s complaint that it used “the Lord's name” in ...
News
3 months ago

Using such creatures cannot be censored because a handful of overly sensitive viewers object, the advertising watchdog said.
News
6 months ago