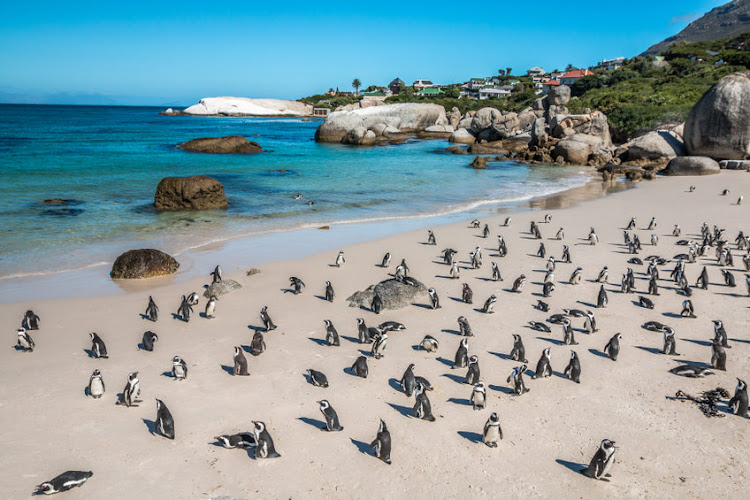 Preliminary investigations have indicated that 63 African penguins found dead at the Boulders African penguin colony in Simon’s Town were stung by a swarm of Cape honey bees.

Veterinarians from SANParks, the City of Cape Town and penguin experts from the Southern African Foundation for the Conservation of Coastal Birds (SANCCOB) immediately started investigating the possible cause of death.

“The dead birds were transported to SANCCOB for postmortems, and biological samples were sent for disease and toxicology testing. No external physical injuries were observed on any of the birds,” SANParks said in a statement.

“The postmortems revealed that all the penguins had multiple bee stings, and many dead bees were found at the site where the birds had died. Therefore preliminary investigations suggest that the penguins died because of being stung by a swarm of Cape honey bees.”

One dead penguin was also found on Fish Hoek beach which the SANCCOB vet confirmed also had multiple bee stings. Samples were being tested for other toxicity possibilities and diseases to rule out any other potential cause of death.

SANParks marine biologist Dr Alison Kock said: “We are grateful to all our conservation partners, especially SANCCOB and the City of Cape Town, for assisting us in investigating this unusual event. No more dead African penguins were found on site ... and we will continue to monitor the situation.”

There was barely a buzz in the air as John Miller pried the lid off of a crate, one of several “bee boxes” stacked in eight neat piles beside a ...
News
5 months ago

Several large bee colonies in the walls of a Pennsylvania house for more than three decades have been relocated by a local bee clearance expert.
News
5 months ago

Conservationists have rescued 94 starving penguin chicks from Bird Island off the coast of Gqeberha and transferred them to a rehabilitation centre.
News
4 months ago