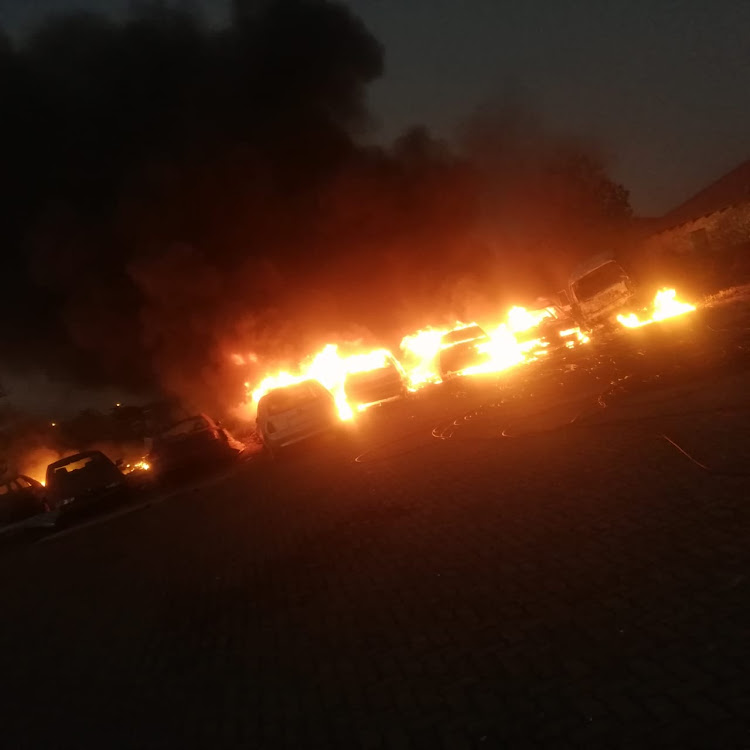 Five impounded vehicles were destroyed by a fire at the traffic department in Rustenburg.
Image: Supplied

Five impounded vehicles were destroyed by a fire at the Rustenburg traffic department in North West.

“According to eyewitnesses, the fire started in an open field next to the traffic department, so it could have been started by anything, even a lit cigarette thrown on the grass,” he said.

Matebesi said all the vehicles that were burnt had been forfeited to the municipality as their owners failed to collect them within the stipulated time frame of six months.

“All these vehicles were due to go on auction soon because they have been impounded for a long time and the owners failed to collect them, despite many notices the municipality sent to them,” he said.

Police spokesperson Capt Sam Tselanyane said they were investigating a case of arson.

Military equipment, vehicles destroyed as fire tears through army base

More than 200 military vehicles, including Nyalas, trailers and other military equipment, were burnt to ashes after a fire broke out at the ...
News
1 month ago

Alleged smugglers hotfooted it to Zimbabwe to escape from soldiers who confiscated nearly R500,000 worth of illicit cigarettes near the border in ...
News
1 month ago