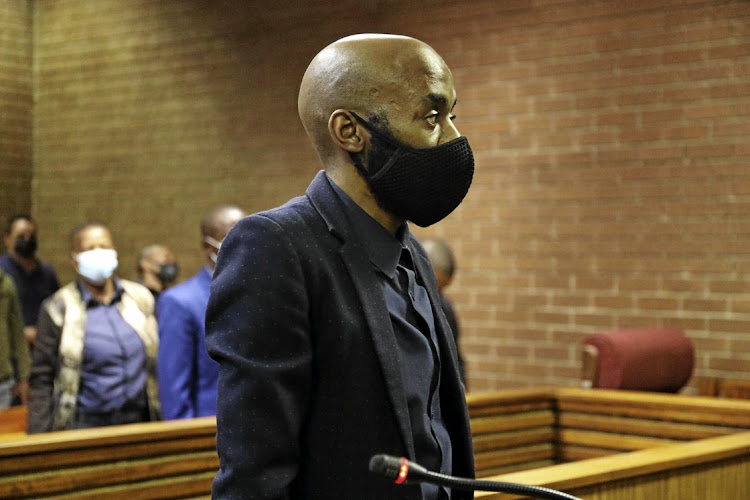 Ntuthuko Shoba, the alleged mastermind in the murder of Tshegofatso Pule, lost his third bail bid in the Johannesburg high court on Wednesday.

“I am not convinced that the court a quo erred in the exercise of its discretion in finding that the appellant had failed to discharge the onus to prove that exceptional circumstances exist permitting his release on bail.

“The appeal against the refusal to grant bail to the appellant is dismissed,” judge Nomonde Mngqibisa-Thusi ruled.

Shoba's second bail application was denied by the Roodepoort magistrate’s court on May 7.

During heads of arguments on September 16, the state said Shoba was a flight risk and would possibly flee the country when bail was granted. The state claimed Shoba allegedly remarked that he would have fled if he'd had prior knowledge of his arrest.

State prosecutor Faghre Mohamed told the Johannesburg high court that Shoba faced 25 years' imprisonment and would likely only be released when he is a pensioner.

“A fair reading of the record confirms that the serious nature of the charges would probably give impetus to the appellant’s abscondment.”

His defence advocate, Zweli Zakwe, argued that the factors presented before court during his previous two failed bail applications cumulatively offered that of exceptional circumstances.

Mohamed further argued that witnesses were known to Shoba and there was a probability he might interfere and manipulate the outcome of the trial.

“The appellant’s [Shoba] contention that no evidence was presented of the likelihood that he is a potential danger to the state witnesses, is based on a fallacious understanding of the record. The reference to such was evident in the state’s initial bail affidavit,” he said.

Pule was eight months pregnant when she was found murdered, hanging from a tree, in June last year. The prosecution has led evidence that her unborn child was Shoba's.

The state needs more time to prepare for the third bail application of former JSE analyst Ntuthuko Shoba, on trial in the South Gauteng High Court ...
News
2 months ago

‘So he lost his job. What about the three lives we lost?’ says Pule’s family