South Africans say working from home is no bed of roses: survey

Many employees feel less productive and are easily distracted 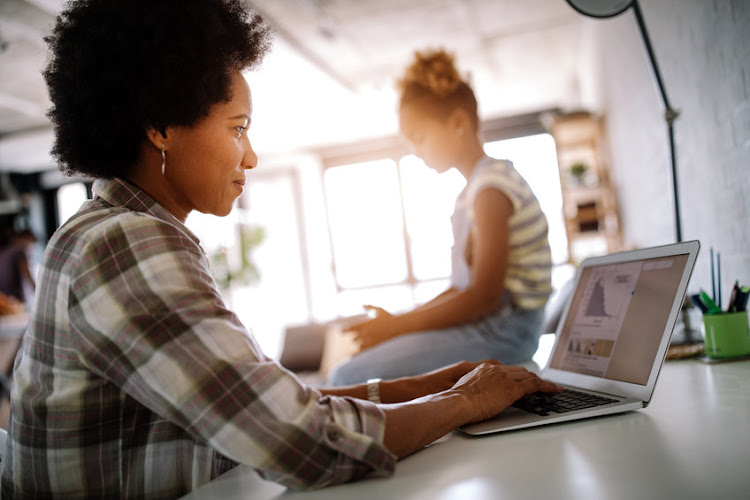 Women who were surveyed said they struggled with routine and other commitments while working from home. Stock photo.
Image: 123RF/nd3000

Working from home is stressful, leaving many South Africans feeling less productive and motivated to perform.

That’s according to survey results released on Tuesday by research institute Ipsos. The online survey delved into the impact of working from home on employees and businesses in SA and was conducted among 750 working individuals.

It found managers had concerns about the work from home policy, effected by many companies in the wake of the Covid-19 pandemic, saying they found it more challenging to manage teams remotely, and they were fairly sure employees were not fully focused on their work.

When it came to employees, more than half of those polled reported teams did not  collaborate as well remotely and took more frequent breaks.

About 49% of employees said they experienced more interruptions at home.

The survey revealed 67% said they were spending more time on domestic chores and errands, while close to 27% admitted they were not disciplined enough to work from home.

Younger employees were especially adversely affected by the work from home policy, with respondents between the ages of 18 and 28 reporting they experienced more distractions and interruptions , were not disciplined enough and were less motivated, leading to being less productive.

Those aged 30 to 44 said working in an office built trust and made them feel more important to the business.

Those between the ages of 45 and 55 found working from home easier and said they made themselves presentable, despite not going to the office.

Women said they struggled with routine and other commitments, were taking more frequent breaks and felt less important.

Men said they found teamwork more difficult, there was inadequate communication, and they had difficulty keeping teams motivated. They also said they were spending more time in meetings. 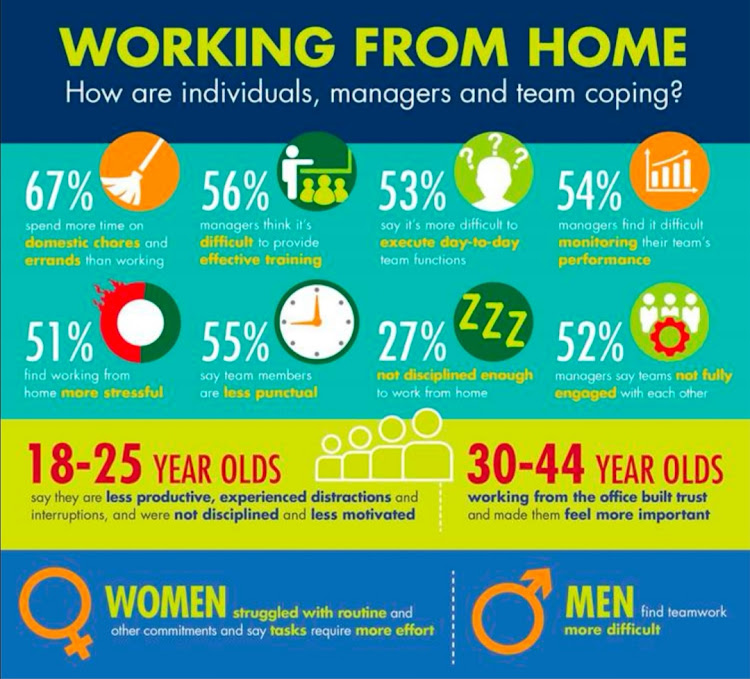 Working from home is not all it is perceived to be.
Image: Supplied

“While many people say they prefer their home environment to the office and enjoy the flexibility of working from home, it’s quite clear their performance can suffer and teamwork, especially, becomes much harder,” said Stella Fleetwood of Ipsos.

“Executives should be considerate of what employees are experiencing while working remotely. The new way of working does not necessarily mean better work-life balance, or a happier, more motivated workforce,” said Fleetwood.

“Working from home could be putting productivity and business growth at risk.”

“In fact, less than a third [29%] expressed a preference for working from home, while about half [51%] find it more stressful.

“We could also see higher churn within the workforce as employees lose their organic connection to colleagues and the business culture, and experience a loss of motivation, feelings of isolation, lower morale and stunted career development,” she said.

Keeping up appearances: Online meetings can be draining for women