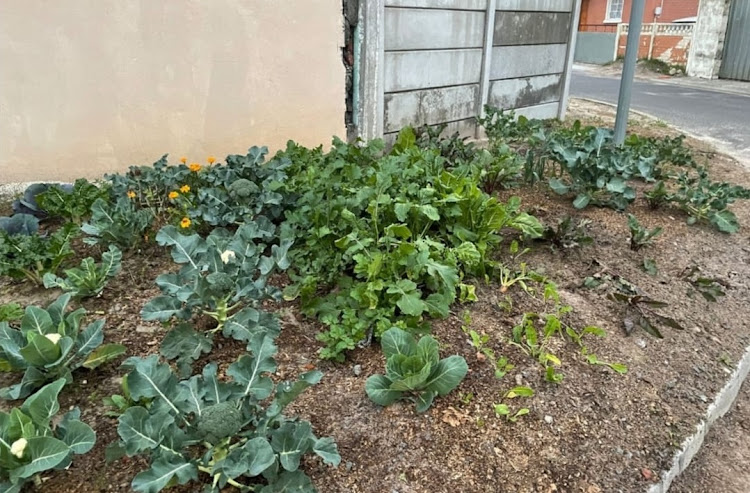 Providing food to those in need should be paramount.

That is the message from pavement gardeners who have elected to come out in support of Joe Nkuna from Theresapark in Tshwane.

Nkuna’s vegetable pavement garden, planted to help his wife's community outreach programme, landed him a fine for a bylaw infringement and ignited a fierce debate.

According to the infringement notice given to Nkuna, subsequently dubbed the ‘cabbage bandit’, he “intentionally interfered in any manner with the property of the municipality”.

Nkuna was charged for obstructing the sidewalk and issued with a fine of R1,500. He was also ordered to remove the cabbages from the pavement in front of his house and appear in the Wonderboom municipal court on November 23 if he elected not to pay the fine.

Tshwane metro police department (TMPD) spokesperson Isaac Mahamba said they did not “discriminate in this enforcement”.

“We seek to enforce all laws equally in the city and ensure that when complaints are received, we respond to them.”

“Mr Nkuna does not own this land and cannot merely decide to use it for agricultural purposes. It is public land which needs to be accessed by all residents in the area, their rights must be protected,” he said.

Mahamba said Nkuna had also bragged on Facebook about “grabbing” land and selling the produce to his neighbours. TimesLIVE saw the post before it was deleted.

The TMPD said the Facebook post on March 3 by Nkuna stated: "When I grabbed the overgrown street pavement and planted food, my neighbours laughingly thought I had gone palooka. Yes 100 metres (600sqm) of government pavement. Now I feed them at R10 per hand. I smile each time they pay me. They did not see me coming. Their laughter was my fertiliser. Taking the land is easy but working it my fighters, that is very hard."

Mahamba said the TMPD had engaged with Nkuna "to highlight exactly why his actions are problematic."

"The City of Tshwane also has a formal adopt-a-spot policy where residents that wish to beatify public spaces can apply to our environmental department who would assess their application to identify if the land identified is appropriate. It is disappointing that Mr  Nkuna has not attempted to engage on this policy."

Nkuna said his lawyers had advised him not to comment further until the legal process  was complete. 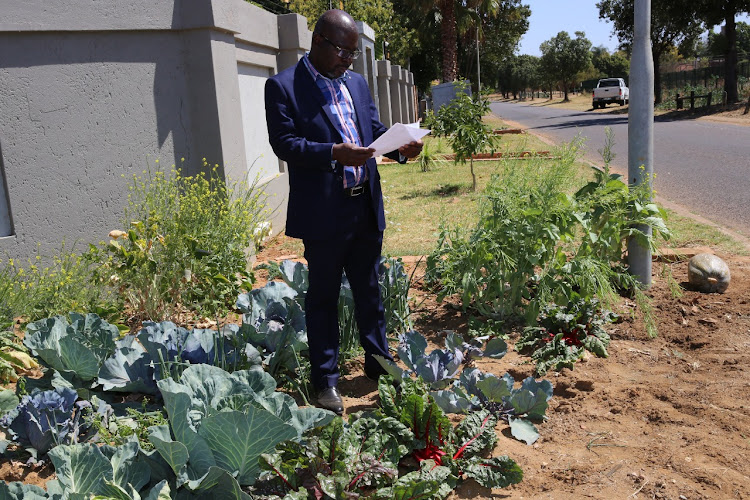 Joe Nkuna was issued with a fine of R1,500 after planting vegetables on the pavement outside his house in Theresapark.
Image: Thapelo Morebudi/Sunday Times

But since then, many other vegetable growers have backed Nkuna and started a Facebook page called “Djo BaNkuna support group”.

Johannesburg resident Andrea Rosen said food insecurity in the country had always been a pressing issue and with increased unemployment, the coronavirus pandemic worsened the problem.

Rosen said she started a veggie garden in Craighall Park just after the hard lockdown ban was lifted. She said the garden, a Johannesburg Urban Forest Alliance (JUFA) initiative, was located outside the JUFA food garden and a neighbouring property.

“Our aim in creating this pavement vegetable garden was first to provide freely available, fresh vegetables on an ongoing basis to any member of the public in need, especially to the increasing number of homeless people within the community at large.

“Second, our aim was to create awareness or to promote the concept and hopefully encourage others to follow suit,” she said.

But before the start of the JUFA pavement garden, they first had to establish what the City of Johannesburg’s pertinent bylaws were, added Rosen.

She said the bylaws made no reference specifically to vegetable growing but made it clear that an unobstructed pedestrian footpath was required when doing any sort of "landscaping" on public pavements.

“We hope the City of Joburg agrees we are compliant but to be honest we're not entirely sure.”

With the growing success, Rosen said a second pavement vegetable garden was started outside a local primary school in the area. The initiative was funded by the Craigpark Residents' Association (CRA) as one of its Covid-19 initiatives.

“This was a great community building exercise with local residents, homeless recipients of a local feeding scheme and the CRA all participating in the project,” she said. 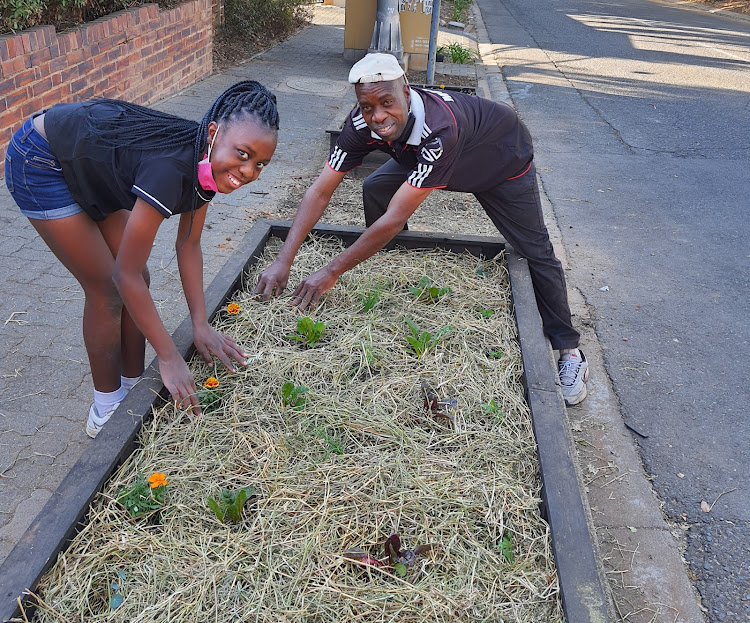 “I started it as the corner of my home was always covered in weeds. Being an urban gardener myself, I decided to plant there. The crops are free to whoever needs them.

Rosen said she believed that given the “heavy handed manner” in which Nkuna was treated, many pavement veggie growers were likely worried about suffering a similar fate.

“None of us wish to risk a criminal record or have a police convoy deliver a court summons or charge sheet to our door.

“We accept that there may be people who do not find a pavement vegetable garden aesthetically appealing [or have other reasons to oppose them] and those individuals may lodge a formal complaint. However, the need to provide food assistance for those in need should be paramount.”

“One or two pavement gardens in a suburb doesn't have a significant impact but, if encouraged, one in every street could collectively make a real difference to the many who are struggling, or unable to feed themselves and their families.

“We support Djo's effort to provide nutritious vegetables to those in need, albeit done imperfectly [no pedestrian footpath].”

Jacobs said: “He Nkuna didn't deserve that. He's doing exactly what I'm doing and it's assisting people in the community. The law enforcement seems to prefer corners and pavements looking like rubbish dumps as opposed to having food grow there. It's so wrong.”

Tshwane resident Joe Nkuna, who refers to himself as a "cabbage bandit", must appear in the Wonderboom municipal court if he does not pay the fine.
News
8 months ago

I will chop it up if they charge me: Tshwane man on pavement cabbages

“The metro police officers were very polite and complimented my property. I thought they were there to ask for cabbage but they told me there was a ...
News
8 months ago