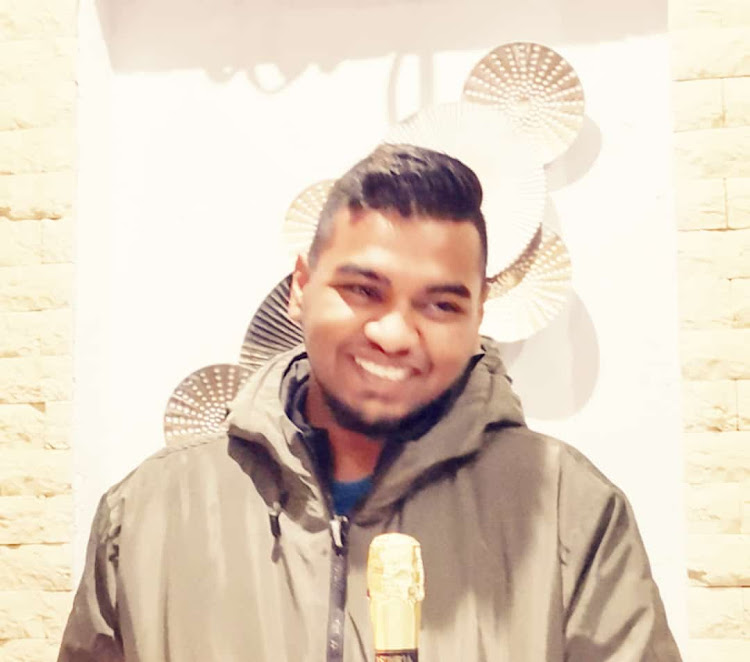 TRAGICALLY KILLED Electrician Sagel Singh, 23, was killed in a crash on the Golden Highway in which Joburg mayor Jolidee Matongo and an unknown pedestrian also died.
Image: Supplied

As family and friends gathered at the home of the late Joburg mayor Jolidee Matongo, who died in a crash on the Golden Highway on Saturday night, another family was also picking up the pieces of a life lost in the fatal accident that killed three people.

The horrific crash on the Golden Highway near Soweto on Sunday evening claimed the lives of Matongo, 46, Lenasia electrician Sagel Singh, 23, and a still unidentified pedestrian.

Matongo’s driver and bodyguard — both seriously injured in the crash — are recovering in hospital and have been receiving visits from high level dignitaries.

Investigations are ongoing and a case of reckless and negligent driving has been opened at the Lenasia South police station.

It is alleged that the crash was sparked by a pedestrian who tried to run across the highway. There was a swerving of two vehicles — Matongo’s BMW X5 and a bakkie driven by Singh — and then a crash. The pedestrian, Matongo and Singh all died on the scene while Matongo’s two colleagues were pulled from the wreckage. 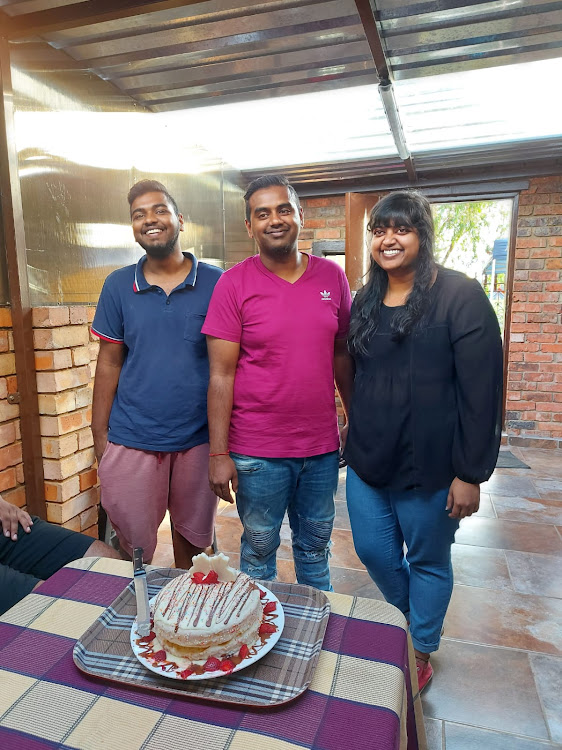 THE SINGH SIBLINGS In happier times: Sagel, Sheridon and Nazlee Singh. Sagel was killed in a fatal crash which also claimed the lives of Joburg mayor Jolidee Matongo and an unidentified pedestrian.
Image: Supplied

Johannesburg Metropolitan Police Department spokesperson Chief Superintendent Wayne Minnaar said the pedestrian was a black male who remained unidentified. Nothing had yet been discovered that would help investigators uncover his identity and nobody had come forward with any relevant information.

But Singh’s death has come as a complete shock to his family, who believe “he was travelling along innocently when he got suddenly hit by the X5 that hit a pedestrian, lost control and slammed head on into him”.

Speaking to TimesLIVE, Singh’s brother Sheridon, 26, said Singh had been working all of Saturday, had dropped off his workers and was on his way home when the crash happened.

“That evening the CPF reached out to us and told us about the accident. When they described the bakkie to me, I knew it was Sagel because he was supposed to have been home already.”

The Singhs are a close family who have been devastated by the sudden loss. Siblings Sheridon, Nazlee and Sagel lived together in Lenasia, and their parents Satish and Nancy live in KwaZulu-Natal.

“Our family is completely shattered. My mom is handling it the worst. She is already sickly and she just cannot handle this. Sagel was her baby — he’s always been mommy’s boy,” Sheridan said.

The highway crash site was completely closed off for two hours at midday on Wednesday for a wreath-laying ceremony, President Cyril Ramaphosa has announced he will be visiting the Matongo family this afternoon and the late mayor will be laid to rest at a funeral to be held at West Park Cemetery on Friday.

The police are trying to piece together the horrific crash scene on Johannesburg's Golden Highway where the newly elected mayor died on Saturday.
Politics
3 weeks ago

President Cyril Ramaphosa is “deeply saddened” by the death of Johannesburg mayor Jolidee Matongo in a car crash.
Politics
4 weeks ago