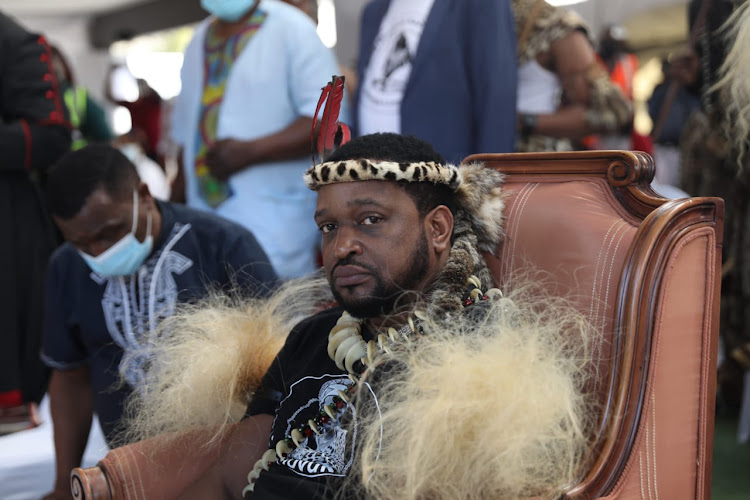 Prince Misuzulu attended the first Umkhosi weLembe commemoration on Friday since the passing of his father.
Image: Sandile Ndlovu

Prince Misuzulu ka Zwelithini has warned Amakhosi that while they work hand in hand with the government, they should be cautious of a third force seeking to divide them.

“I wish that we come together stronger than we ever have, with all Amakhosi and not allow enemies to divide us.

“Even though we work hand in hand with government, it's important we don't forget that royalty is of the nation and if it is compromised it will be in our hands,” he said.

The ANC has proposed saving money by abolishing some of the royal pomp at the opening ceremony of the KwaZulu-Natal legislature, sparking outrage ...
News
4 months ago

The message was contained in the prince's maiden speech at the commemoration of Umkhosi weLembe in KwaDukuza on Friday.

The annual weLembe is a day when the Zulu nation observes the death of its founding father, King Shaka kaSenzangakhona.

It was also the first Umkhosi weLembe to be celebrated after the death of King Goodwill Zwelithini.

Prince Thulani Zulu read out the speech on behalf of the prince, who was unwell but attended.

“It is a pleasure that we meet here today to celebrate Umkhosi we Lembe, the one who formed the Zulu nation to be what it is today throughout Africa. The whole world knows iLembe as a king who was powerful and wise, he formed a nation that is respected throughout the world,” Prince Misuzulu said.

iLembe refers to King Shaka. The prince called on the Zulu people to not only be well behaved in his presence but said “we should at all times as the Zulu nation be seen that we are the descendants of Shaka with how we carry ourselves with dignity and respect”.

The royal family has been in turmoil since the death of King Goodwill Zwelithini kaBhekuzulu earlier this year, with disputes over his successor ...
News
4 months ago

He also spoke out on violence against women and children, calling on men to desist from this behaviour. “AmaZulu have a long history of respect and hold women in high regard, those whom God used to bring you to this world.

He also acknowledged the suffering brought on by the Covid-19 pandemic and the death of his parents who died just a few weeks after each other.

Prince Misuzulu told those gathered in KwaDukuza that “in all this hardship I wish to share hope with you, that this nation will not die.”

He also sought to allay any fears that the Zulu royal house was rendered weak by the death of his father. “The land of your forefathers, the land that they died for is going nowhere,” he added.

* Prince Misuzulu was declared king of the Zulu nation. However, he is yet to be crowned due to family infighting about his ascendency to the throne.

The coronation of the next Zulu king could be delayed. Senior members of the Zulu royal family yesterday announced plans to restart the process of ...
News
7 months ago

The Zulu royal family announced on Saturday that it is ready to discuss succession.
Politics
7 months ago

The king has spoken: The Zulu royal family and nation will reunite

The new Zulu king has spoken out, saying the royal family and the Zulu nation will reunite.
News
7 months ago