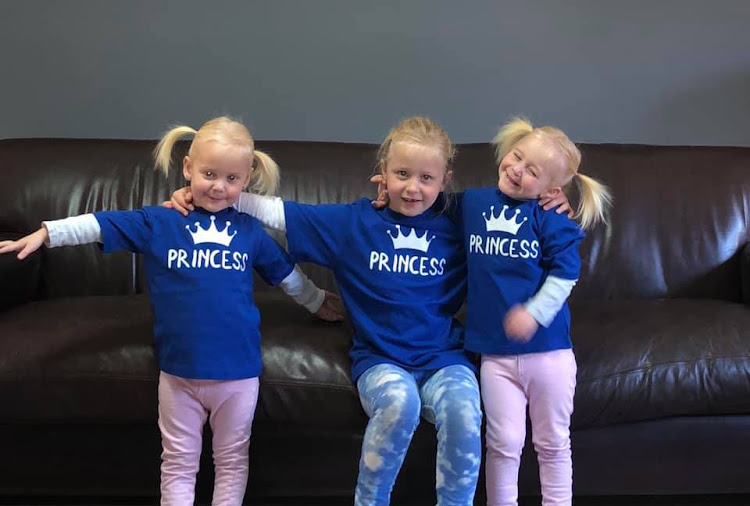 Former Pretoria doctor Lauren Dickason has been charged with murdering her two-year-old twins, Karla and Maya, and her six-year-old, Liane, in their new home on New Zealand's south island on September 16 2021.
Image: Sourced: Facebook/Lauren Dickason

Three wreaths from family members in SA were among flowers laid on the New Zealand shore at a memorial service for the three Dickason children on Saturday.

Stuff.co.nz reported that Jacqueline Harris, who organised the memorial to pay tribute to twins Karla and Maya, 2, and their six-year-old sister, Liane, arrived carrying wreaths from their family back home.

The children were found dead in their new home by their father more than a week ago when he returned from work.

The family had left Pretoria at the end of August so Graham Dickason, an orthopaedic surgeon, could work at a hospital in New Zealand. They had been in the town of Timaru for about a week after first being quarantined elsewhere under Covid-19 regulations.

The children's mother, doctor Lauren Dickason, 40, has been charged for their murder.

Lauren Dickason, the SA mother accused of murdering her three young daughters in New Zealand, appeared in court on Saturday.
News
1 month ago

Stuff.co.nz said about 80 people gathered at Caroline Bay beach on Saturday and Harris said Graham was still in shock and “taking one day at a time”.

“He absolutely loved the vigil,” she said.

Kaycee Glover told Stuff.co.nz she made a special trip from Christchurch to attend the memorial.

As she watched her daughters Meeah, 6, and Kateigh Olin, 4, leaving flowers to float on the ocean tide, Glover said she could not understand the tragedy.

'I have already forgiven her:' Graham Dickason after wife's arrest for alleged filicide

“I have already forgiven her and I urge you, at your own time, to do the same.” These were the words of Graham Dickason, read out by Rev Alan Cummins ...
News
3 weeks ago

Candles, music and a moving message from their broken-hearted father will be central to a vigil to be held simultaneously in New Zealand and SA on ...
News
3 weeks ago

The daughters of a SA couple who relocated to New Zealand - found dead in their new home by their father - were allegedly strangled.
News
4 weeks ago