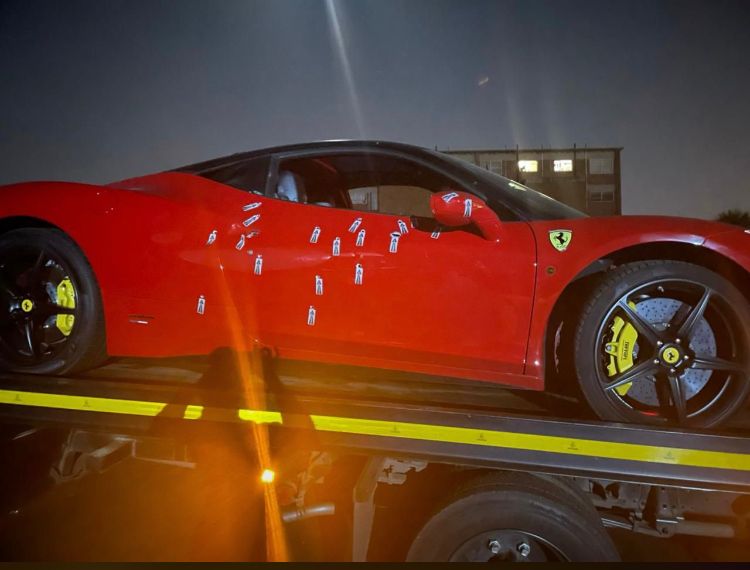 A murder investigation is under way after a couple died in a hail of bullets while travelling in a Ferrari in Soweto.

Police are still trying to piece together events leading up to the shooting on Sunday.

Police spokesperson Capt Mavela Masondo said at about 10pm a male driver, 41, and a female passenger, 21, had driven the vehicle - resembling a 458 Italia - to the corner of Chris Hani and Klipvalley Roads.

According to witnesses, at that moment a Toyota Etios with an “unconfirmed number of occupants” blocked the Ferrari and opened fire before speeding off.

Both victims died at the scene.

No suspects have been arrested and the motive for the killing is unknown.

Two weeks ago a man and a woman were shot dead in a Ford Mustang in Soweto.

So another hit in Soweto . Apparently because of Umjolo pic.twitter.com/0ZugdRvhO1

A vehicle rolled on the N2 southbound close to King Shaka International Airport on Wednesday afternoon, apparently after coming under gunfire.
News
1 month ago

Buffalo City Metro says it will launch an investigation into a viral video showing a municipal refuse truck reversing into a car behind it after ...
News
1 month ago

A motorist suffered a gunshot wound to his leg after an alleged spiking incident on the N1 highway near Hammanskraal, Gauteng on Monday night.
News
1 month ago

Police have confirmed that two men who kidnapped a four-month-old baby on Thursday were convicted murderers who had escaped from the Leeuwkop prison.
News
1 month ago