'He was chasing me with a gun': Pregnant driver feared miscarriage during 'road rage' ordeal 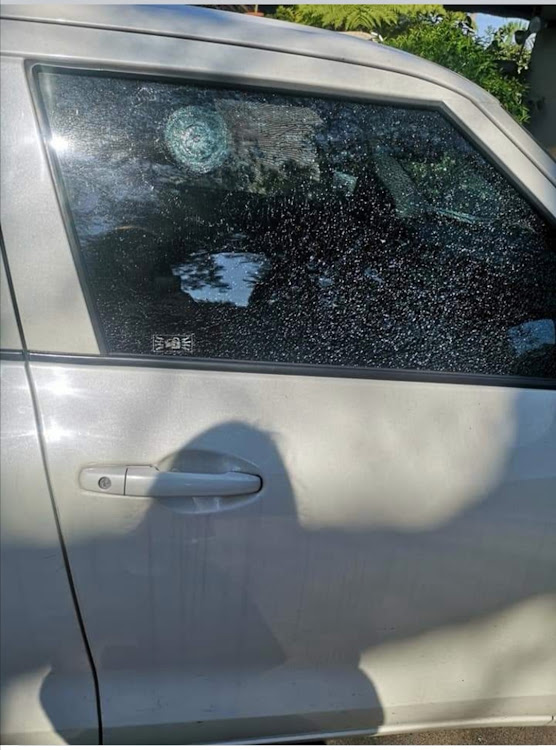 A pregnant Durban woman feared having a miscarriage after a man shot at her on the M13 freeway in what she believed was a road rage incident.

A shaken Amoret Botha opened a case of attempted murder after the incident last Thursday.

Botha shared her ordeal on Facebook in the hope of receiving help tracing the “white male in his mid-50s with grey hair” who drove a dark blue bakkie.

She told TimesLIVE she was worried the motorist was “out there and may end up killing somebody”.

“I think he was shooting at me because of road rage. After my Facebook post a man who lives close to me said he had a similar experience.”

“I was driving up Fields Hill towards Pietermaritzburg around 2pm.

“I was in the fast lane. There were cars in front of me and on my left.

“The man was driving really close to me and flashing his lights at me. I couldn't move off the lane because there were other cars in front and beside me.

“He continued flashing his lights at me. I braked slightly and gestured 'where do you want me to go' in my rear view mirror. I didn’t swear at him, but I was feeling quite annoyed.”

Botha saw him bending down, thinking he was trying to reach for his cellphone to take a picture of her car.

“He was actually reaching for a gun. He was holding it in his right hand and pointing it towards me outside the window.

“He was chasing me up that hill with the gun aiming at me.

“I was extremely nervous, I knew he was going to shoot me. I just had that feeling.

“Who drives on the freeway with a gun pointing out and making a scene like that?”

I was basically just waiting for that bullet to come my way. I was extremely anxious

Botha said she tried to get away but her car did not have enough power.

“I drove recklessly because I was trying to keep my head low so that he won’t shoot me in my head.

“I was basically just waiting for that bullet to come my way. I was extremely anxious.”

“I knew I had to stop otherwise I would cause an accident.”

She changed lanes and tried to escape by driving in the emergency lane.

“I thought if I braked super fast he would drive past me. When I did brake that's when he shot at me.

“My car was at a standstill when he fired at me. I'm five months pregnant and I was so worried that something was going to happen to the baby.”

An emotional Botha said she feared her anxiety would cause her to miscarry.

“When I stopped I immediately phoned my boyfriend. I'm sure other people must have noticed the man was driving with a gun outside his window.”

Botha said she was too traumatised to get the man's registration after the incident.

“When I got home the police came to look at my car. I opened up a case of attempted murder the following morning.”

“It is alleged that on Sep. 23 at 2pm, a female was driving along the M13 Kloof highway when an unknown male rolled down the window and pointed a firearm at her. The victim tried to drive away but the suspect opened fire.

“A case of attempted murder was opened at Pinetown SAPS and is still under investigation. The motive for the attack is unknown,” said Mbele.

The bodies of three young women were found with bullet wounds to their heads after the community at an informal settlement in Khayelitsha reported ...
News
2 months ago

SA's police watchdog is investigating the death of a Honeydew police sergeant and his wife on the streets of Johannesburg.
News
2 months ago

The 53-year-old educator was sitting in his car in the school parking lot before school started when he was approached by two gunmen.
News
2 months ago