Tahera Mather and Naadhira Mitha used Digital Vibes as a 'front' to hide the fact they were bidding for the NHI and Covid-19 communication contract: SIU 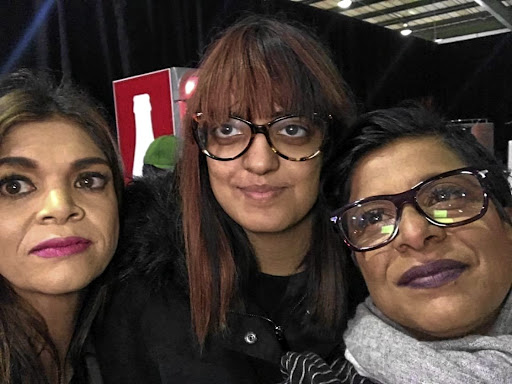 A damning Special Investigating Unit (SIU) report has revealed how Tahera Mather and Naadhira Mitha, who are close friends and associates of former health minister Zweli Mkhize, initially refused to answer questions relating to the probe.

This, the SIU report says, was because they feared incriminating themselves.

However, their move — which was similar to a tactic employed by former SAA board chairperson Dudu Myeni during her testimony at the state capture commission in November last year — did not come in handy as it was later thwarted after the disbanding of an inquiry.

The SIU said in the report, which was released publicly on Wednesday morning, said Mather and Mitha were subpoenaed for questioning regarding their involvement in the National Health Insurance (NHI) and Covid-19 media campaign related to the R150m tender awarded to Digital Vibes.

However, the two have since said — after the inquiry was disbanded — that they would answer questions.

“Subsequent thereto, their legal representative approached the SIU and indicated that they would now be prepared to be questioned. This offer will be considered to potentially form part of the ongoing SIU support supplied in respect of civil proceedings and referrals,” said the SIU.

According to the report, Mitha and Mather committed fraud as they used Digital Vibes as a “front” to hide the fact they were tendering for the now-controversial communications contract.

The report states: “Ms Mather and Ms Mitha committed fraud in that they held out to the [health department] that Digital Vibes was tendering for the NHI media campaign contract, whereas in fact Ms Mather and Ms Mitha used Digital Vibes as a front to hide the fact that they were tendering for the contract and 'disguised' this, due to the fact that they were close associates of the minister of health (Dr Z Mkhize), who was the executive authority of the [department], which was awarding the NHI media campaign contract.”

The full findings of the SIU investigations into Digital Vibes.
Politics
2 months ago

It continues that Digital Vibes as an entity and its owner, Radha Hariram, in her personal capacity, had also committed fraud as they said they were bidding for the contract when they were actually “fronting for Ms Mather and Ms Mitha in this regard”.

One of the SIU's key findings was that there was evidence that the procurement processes in respect of the NHI and Covid-19 media campaigns were “irregular”.

During a press briefing on May 26, Mkhize denied that he or his family benefited from the Digital Vibes contract, but the SIU said this denial was “objectively speaking, untrue”.

“The minister’s son and the minister himself (via property belonging to him) had directly benefited from Digital Vibes who in turn had benefited from the [department] contracts,” the report reads.

According to the SIU, Mkhize’s denial was misleading to the public at large and to Ramaphosa.

Mkhize resigned in August while director-general Dr Sandile Buthelezi, who has also been fingered in the scandal, has been placed on suspension.

Former health minister Zweli Mkhize’s conduct in the approval of the R150m tender to media company Digital Vibes was unlawful, according to a Special ...
News
2 months ago

One of the telltale signs of a ruling party in decline, at least based on the record of much of post-colonial Africa, is that it loses popular ...
Opinion & Analysis
2 months ago