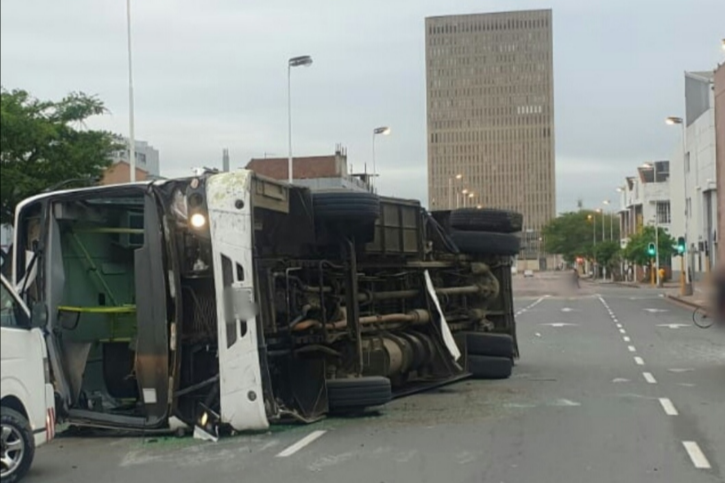 Fifteen commuters were injured in an early morning crash between a municipal bus and a minibus taxi in Durban on Monday.

Paramedics arrived on the scene to find the bus on its side.

“An on-scene triage area was established by scene commanders and the injured were treated and stabilised before being taken by ambulances to nearby medical facilities for further care,” said Van Reenen.

“The cause of the collision and the events preceding it are unclear and will form the subject of a police investigation.”

A child was killed in Lanseria on Sunday night after a crash on the N14.
News
3 months ago

Family spokesperson Tshegetso Boekhouer said the accident happened around 3am when the couple was driving home from an after tears party.
News
3 months ago

A cyclist, estimated to be about 50 years old, was killed by a speeding taxi this morning when he was crushed and dragged for over half a kilometre ...
News
3 months ago