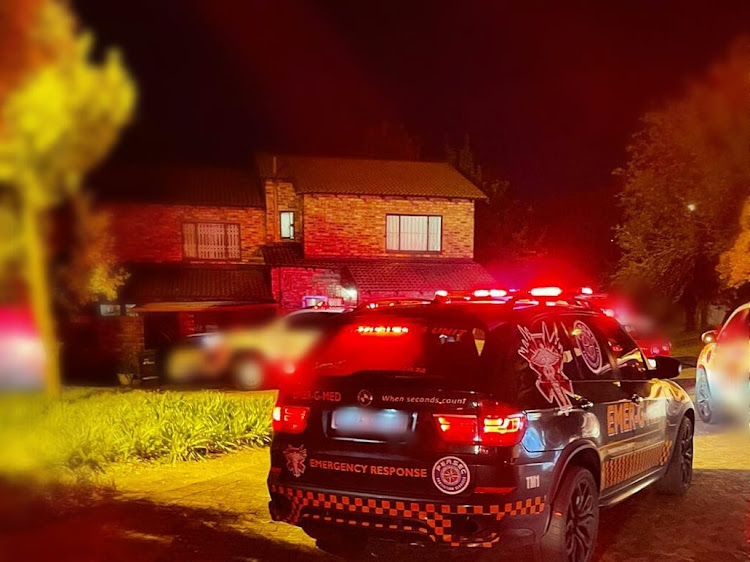 A man was killed and his wife left in a critical condition after a home invasion on Sunday night.
Image: Emer-G-Med

A home invasion on Sunday night left a man dead and his wife fighting for her life after they were shot by robbers in Randpark, Johannesburg.

His wife was also shot several times and was stabilised before being taken by ambulance to a nearby hospital for treatment.

Reports from the scene indicated there were several armed assailants.

The security officer who was shot on Wednesday after a robbery at a jewellery store at the Gateway mall in Umhlanga, north of Durban, has died.
News
7 months ago

Police in the Free State have arrested two suspects in connection with a series of house robberies, murders and attempted murders in QwaQwa.
News
7 months ago

Police shot dead a suspected robber and wounded another during a shoot-out after five armed men robbed a petrol station near Plettenberg Bay on ...
News
7 months ago