Hawks arrest Phoenix pair with R260k worth of drugs and paraphernalia 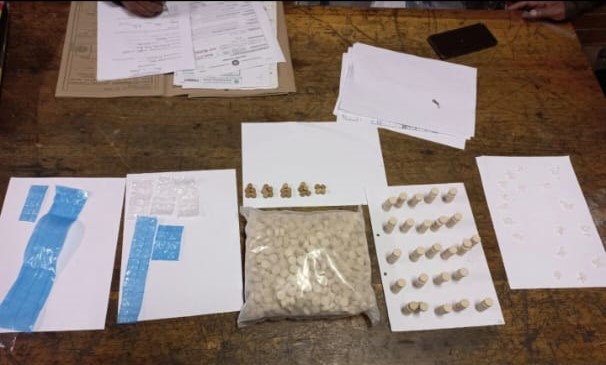 Some of the drugs recovered during the arrest.
Image: Supplied

An alleged drug manufacturer and a suspected accomplice have been arrested and charged for dealing in drugs in Phoenix, north of Durban.

Nikkita Landie, 29, and Ronaldo Pillay, 24, appeared briefly in the Verulam magistrate's court after they were nabbed by the Hawks in the province.

Members of the Hawks from Durban's serious organised crime investigation unit, together with crime intelligence and the Durban metro drug team bust the pair after they received information about someone manufacturing drugs in the area.

“Police probed further and the second suspect was apprehended nearby. He was taken to his place of residence, where more drugs including Mandrax tablets were seized in the house and in his vehicle.

“The street value of the seized drugs and paraphernalia is about R267,500.”

It is understood that Landie was allegedly manufacturing the drugs and Pillay is the suspected accomplice.

Both accused were granted R10,000 bail each and their matter postponed to December 8 for further investigation.

A one-time 'Idols' hopeful has been sentenced to ten years behind bars for trafficking drugs from Brazil into SA.
News
7 months ago