Musk, Bezos and Branson — We’ve got your weed: SA aims to add cannabis to space race 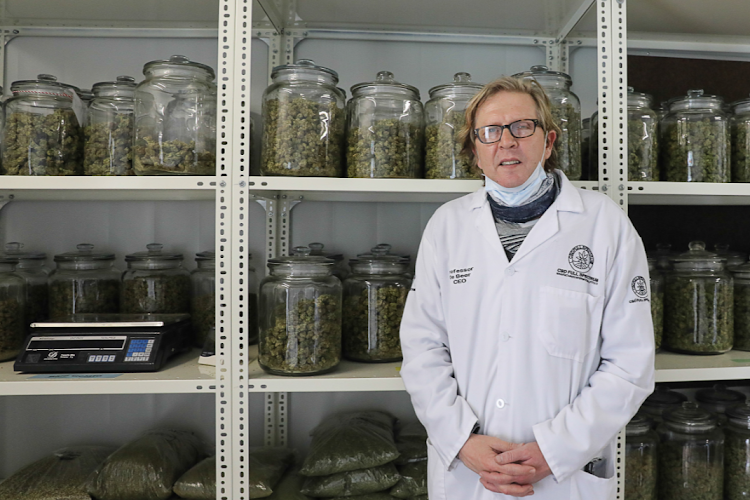 CBD Full Spectrum CEO Prof Benny De Beer inside the marijuana 'burping room', where containers of cannabis need to be opened (burped) every day until they are cured.
Image: Sebabatso Masomo

Premier David Makhura will initiate the Cannabis Out of This World Challenge to the three billionaires at noon on Wednesday at the CBD Full Spectrum facility in Vanderbijlpark, Gauteng.

CBD Full Spectrum CEO Prof Benny De Beer and his team have cultivated three unique strains, each generically unique and named after the trio for cosmos cultivation and Mars colonisation.

The three moguls are locked into what is being called the “billionaire space race”, a rivalry between the trio to create low-cost intercontinental suborbital transit.

In February, during his state of the province address, Makhura said Gauteng would bolster its economy by becoming the industrial hub of cannabis.

“We already have the industrial infrastructure,” he said.

CBD Full Spectrum has taken him up on that challenge.

'I'm excited, but not anxious,' says Jeff Bezos ahead of inaugural space voyage

Virgin Galactic's Richard Branson got to space first, but Bezos is due to fly higher.
Lifestyle
10 months ago

As Jeff Bezos is poised to make history next week with his suborbital flight with an all-civilian crew, comparisons are being drawn with his rival ...
News
10 months ago

An 18-year-old physics student is set to take the place of a person who put up $28m in an auction to take part in the inaugural flight for ...
Lifestyle
10 months ago