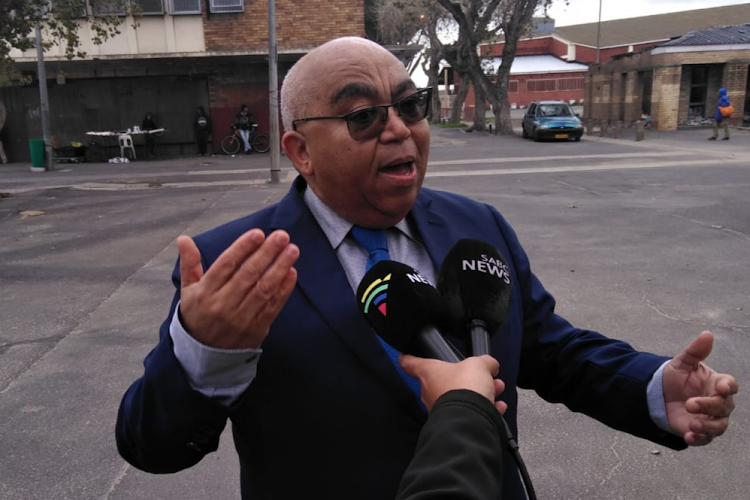 Western Cape community safety MEC Albert Fritz says: "What we have is a situation in which our women and children can’t do the normal things of life, like go to the shop. We cannot accept this. We are not going to back down from this fight.”
Image: Philani Nombembe

Western Cape minister of community safety Albert Fritz has welcomed the arrest of two suspects in the murder of Scarlett Cottle, a four-year-old girl killed in a gang-related shooting.

He has instructed the departmental Court Watching Brief Unit to follow the case closely to ensure that the suspects are brought to book.

Cottle was shot dead a week ago while reading a book in bed, after three gunmen opened fire on the Wendy house in which she lived.

Fritz said he was also devastated by the murder of Phumeza Madze allegedly by her partner in Manenberg on Monday night. She was physically assaulted and stabbed to death in front of a three-year-old child.

Other cases under investigation in the province include the murder of Sinawo Mani, a grade 4 pupil from Silverstream primary school who was killed in crossfire at the weekend while en route to a shop to buy chicken feet, and a 49-year-old man arrested for exposing his genitals to a group of girls aged between nine and 16. He was granted bail by the Mitchells Plain magistrate’s court pending trial.

“We are monitoring these cases very closely. It is very important to us that justice is served in gang-related and gender-based violence cases,” said Fritz.

“We need to establish and reinforce the perception that there are consequences for these heinous crimes committed against our women and children, often by the very people who are supposed to ensure their protection.

“What we have is a situation in which our women and children can’t do the normal things of life, like go to the shop. We cannot accept this. We are not going to back down from this fight.”

Fritz appealed to members of communities “to stand with us” in combating violence.

“Come forward with any information that you have which may assist the police in investigations. Together, we are going to win this fight.”

Anyone with information about the incidents that could assist the police in their investigations is urged to contact police on 08600 10111 or via the MySAPS App.

Western Cape MEC for community safety Albert Fritz has called on the police to leave no stone unturned in their bid to find the killers of a ...
News
8 months ago

A joint initiative by the City of Cape Town's safety and security directorate and the Western Cape provincial government is set to see a batch of 233 ...
News
8 months ago

The bodies of three young women were found with bullet wounds to their heads after the community at an informal settlement in Khayelitsha reported ...
News
8 months ago