Flowers pay tribute to popular cyclist and much-loved family man Alex Otto, who was killed by a speeding taxi on Sunday.
Image: Supplied

Tears flowed at dawn, people hugged, quiet whispers and clenched hand-holding — then five minutes of complete silence in memory of Alex Otto, 50, the cyclist killed tragically by a speeding taxi on Sunday.

Hundreds of Johannesburg cyclists gathered at their clubs on Thursday morning for what they normally refer to as a coffee ride — only this Thursday it was set down as a memorial ride.

“By 5.45am we were all gathered at the War Memorial in Saxonwold, and then we cycled about 5km to the Otto family house in Oaklands,” said Albert Olivier of Parks Cycle Club, the riding group Alex Otto was a big part of.

“We arrived at the house at about 6am, and the family was already standing outside, ready and waiting for us. I never dreamt something like this could have so much impact, but it did. It was very emotional.

“I think we were all struggling with our own feelings and fears — how we would get back on our bikes and go on after what happened to Alex. But his brother Rene was there and he spoke and he just told us all to go out and carry on riding, to have fun and enjoy it in just the same way Alex did.” 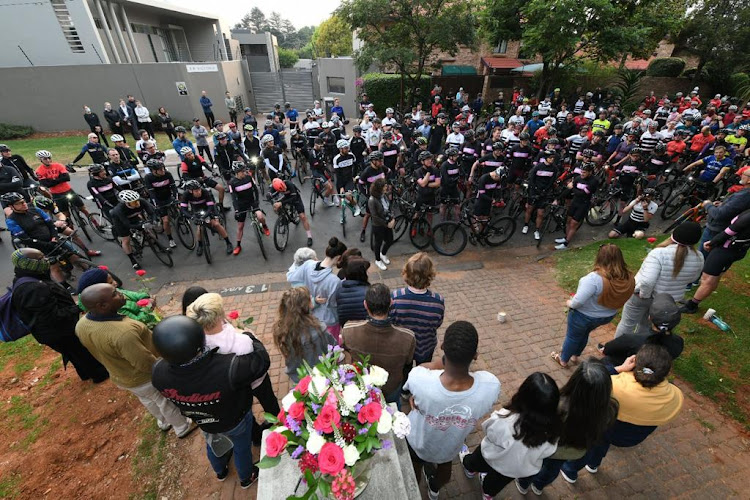 A moment of silence - united in grief.
Image: Supplied 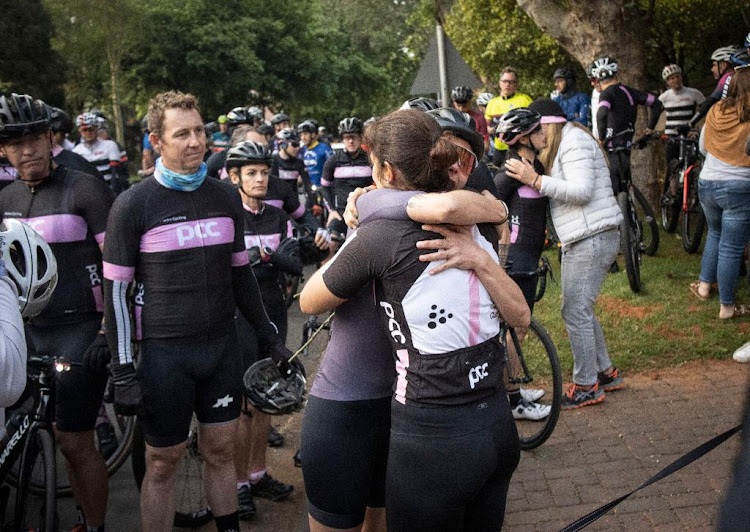 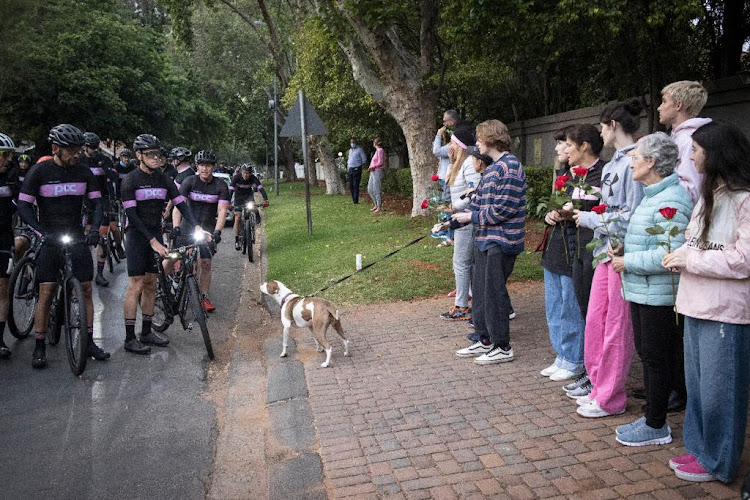 Cyclists and the Otto family unite in their grief.
Image: Supplied 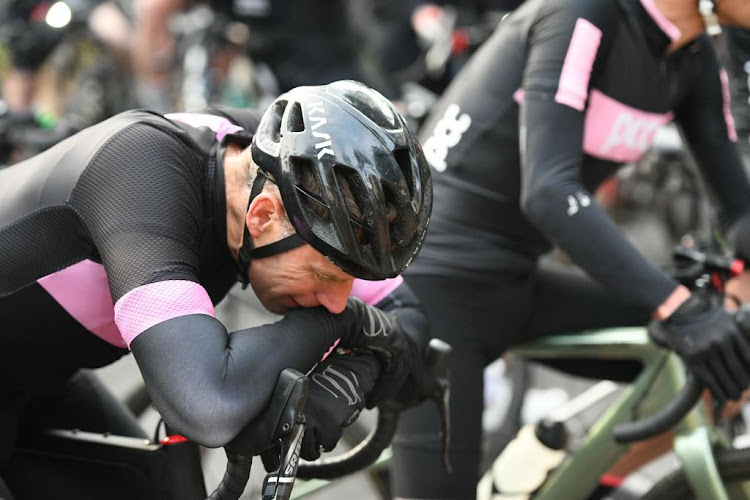 Tears and trauma in a moment of silence.
Image: Supplied 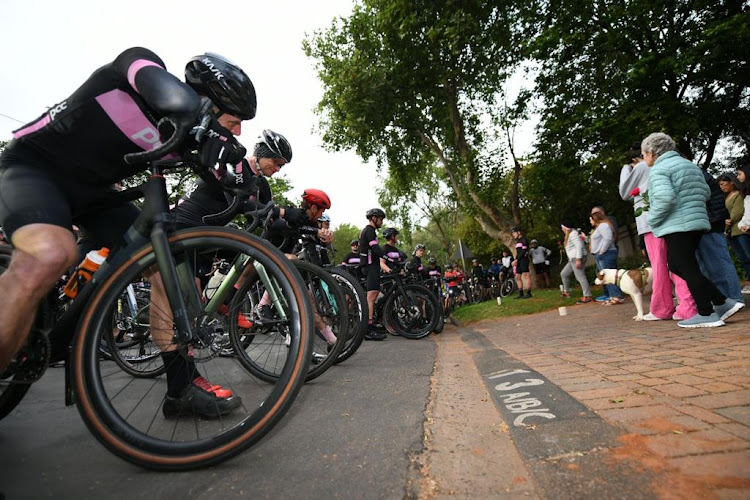 Cyclists and the Otto family observe five minutes of silence as they pay their respects to Alex Otto, whose death on Sunday has shocked the community.
Image: Supplied 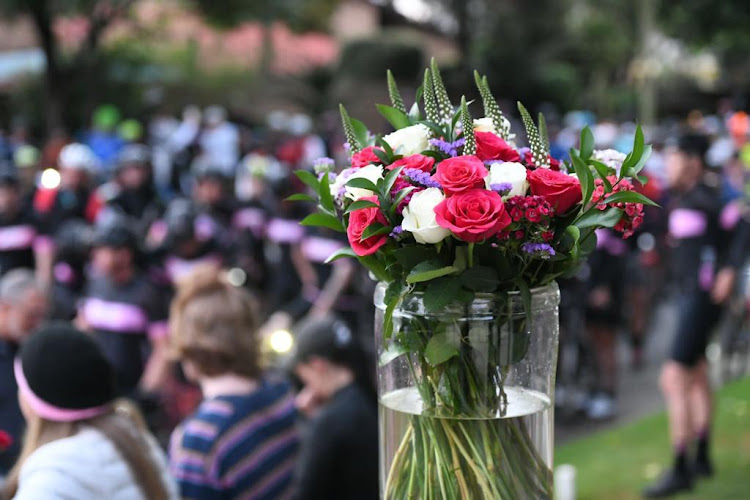 A moment of silence as family and cyclists gather.
Image: Supplied 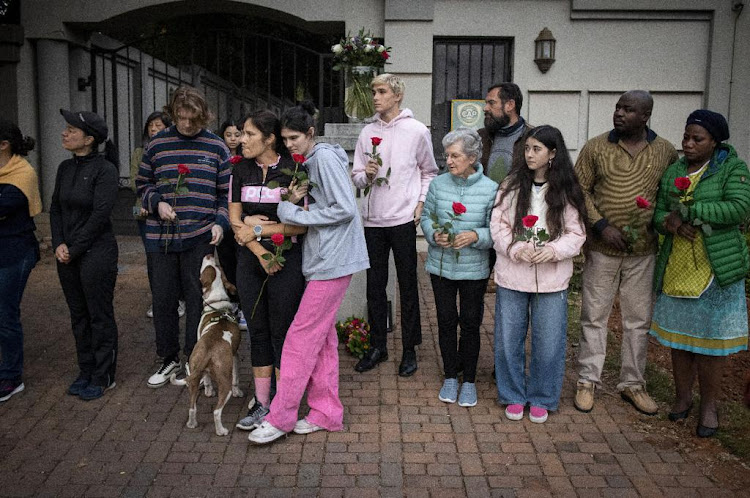 The devastated Otto family welcome cyclists on their memorial ride as they pay tribute to Alex Otto, killed on Sunday by a speeding taxi.
Image: Supplied 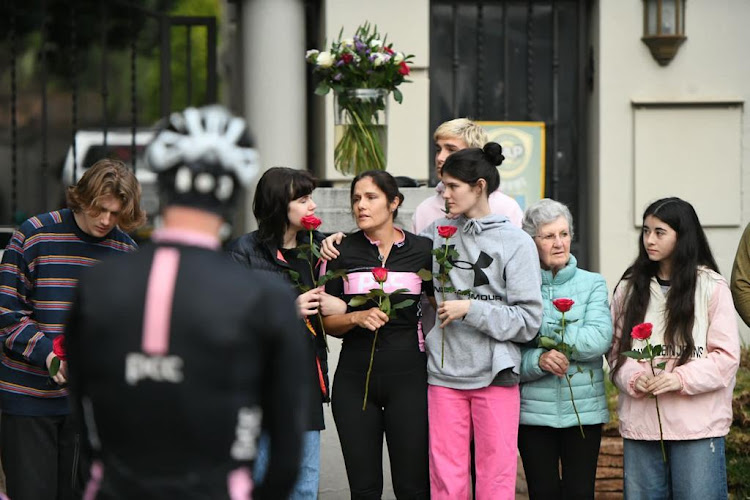 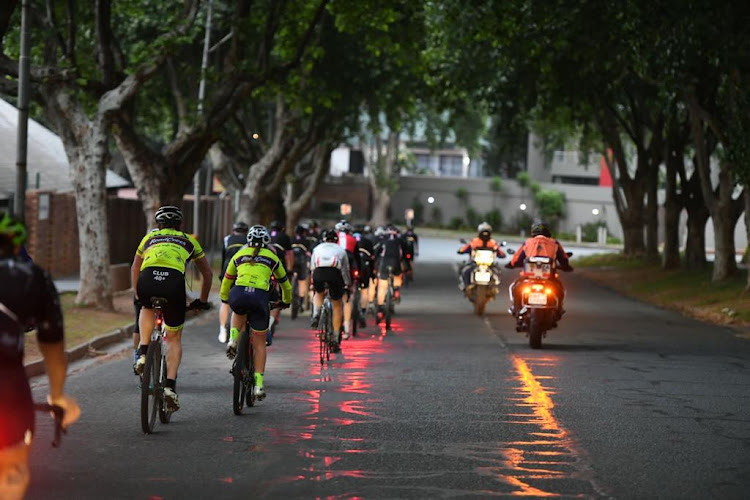 Memorial riders in solidarity, on their way to pay their respects to the Otto family.
Image: Supplied 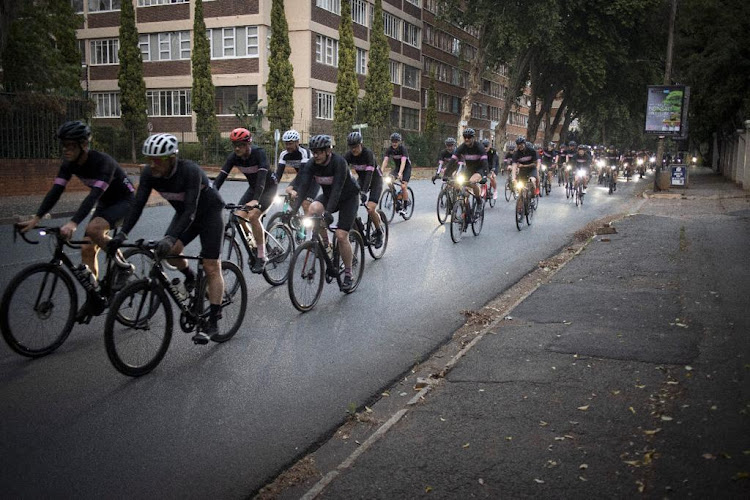 Cyclists head for the Otto family home in Oaklands to pay their respects following the death of Alex Otto.
Image: Supplied 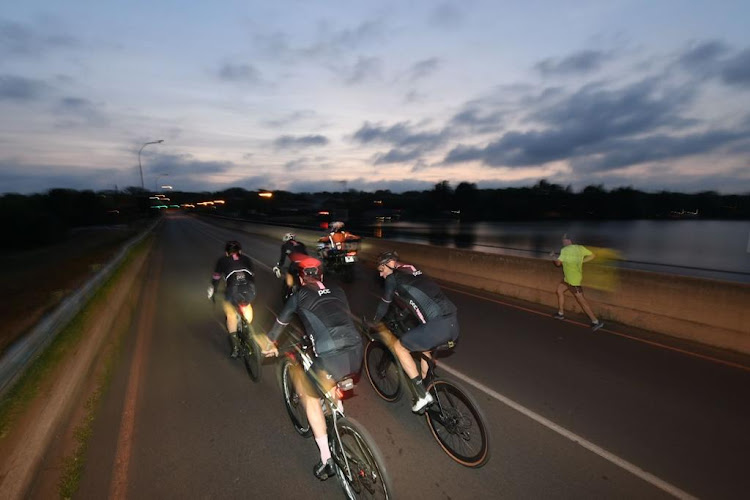 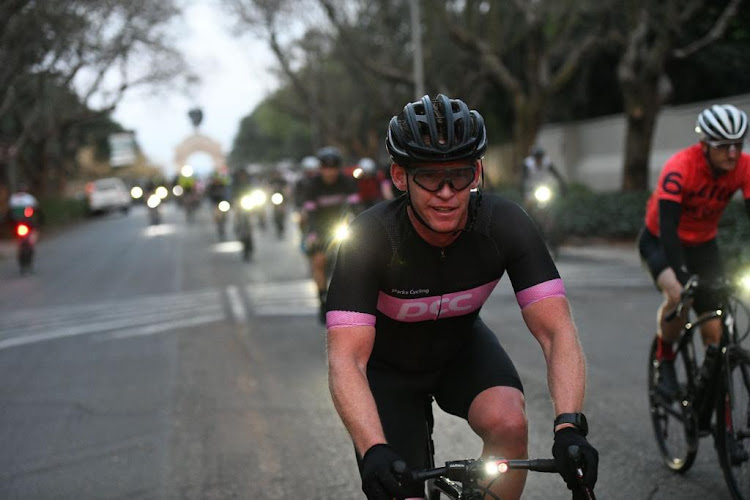 Riders head out from the War Memorial to pay their respects to the Otto family at their home.
Image: Supplied 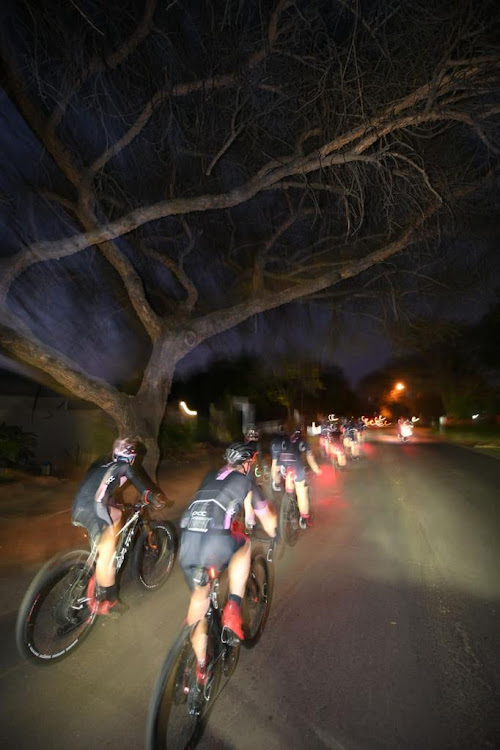 Hundreds of cyclists whip through Joburg streets as they pay tribute to cyclist Alex Otto, killed by a speeding taxi on Sunday.
Image: Supplied 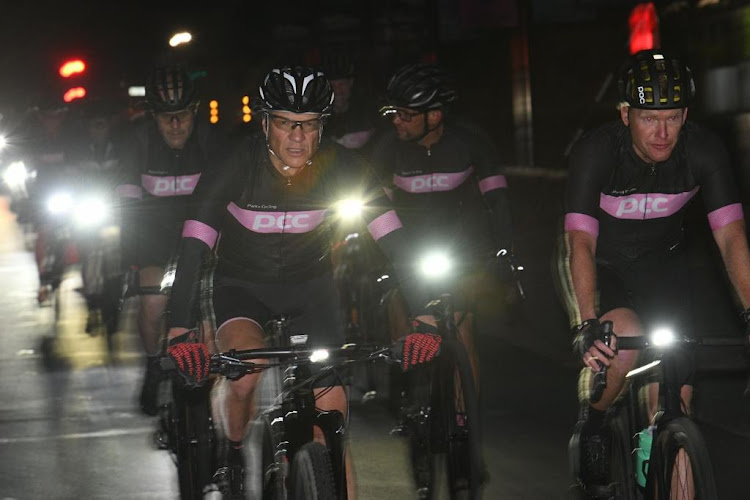 Members of the Parks Cycle Club lead the memorial ride for Alex Otto who was killed by a speeding taxi on Sunday.
Image: Supplied 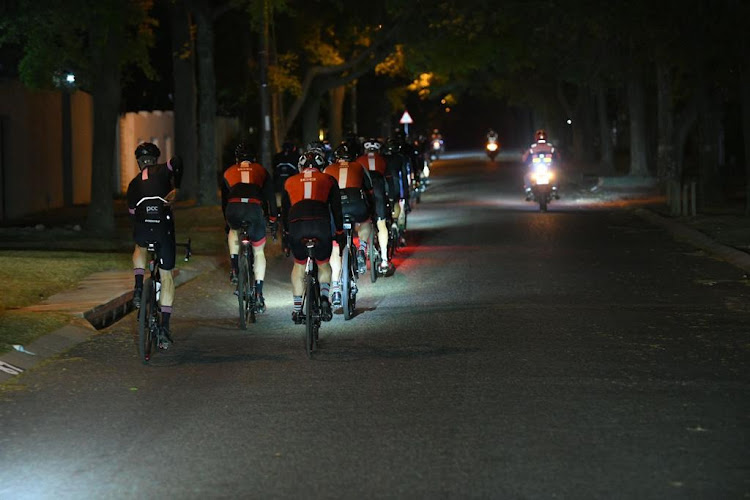 Cyclists head out at dawn on their memorial ride.
Image: Supplied

It was a difficult ordeal, but one that proved to be positive as cyclists united in their grief and their love for their sport, and said goodbye to the man many refer to as “a legend”.

Otto’s daughter Jocelyn has been shattered by the loss of her father.

“Dad was loved by and loved everyone. He touched and connected with every person he met, and he put his whole heart into all of his interactions,” she said.

"He was so funny, so kind, so generous, so loving, and really the best dad I could have ever asked for. He also set such an incredible example for my sister and I, through everything he did, and through they way he lived his life. 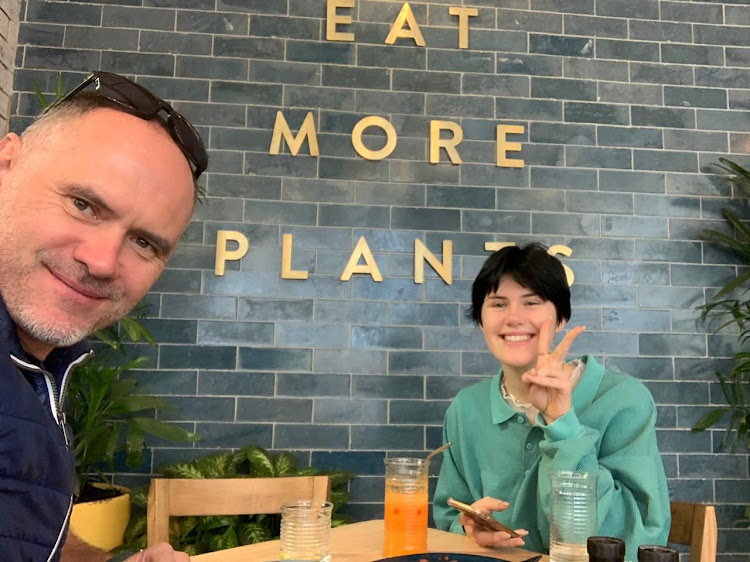 "His everlasting and unconditional love for our mom also showed us and everyone else that how real and true love is. Even after almost 25 years of marriage they were still so in love.

“I will miss dad every day, but I will also live to honour his memory and to make him proud.”

Former rugby great Joel Stransky knew Otto well. In paying tribute, he said: “There were about 500 riders at the memorial this morning, I guess – a great turn out and superb tribute to Alex.”

Speaking of his friend, he said: “I was quite friendly with Alex and rode with him a lot, particularly down in Plett in Decembers when we were both training hard for the Cape Epic. Alex was a beast on the bike, highly competitive and a real racer. He was a gentleman at all times, always fun loving and a true family man!

“Alex’s death is devastating to say the least, especially to his wife and children, and even more so when one considers the violent circumstances. To be killed by [an alleged] drunk taxi driver, driving a vehicle that did not appear to be roadworthy, is maybe indicative of our society in this country, and the lack of respect we generally have for others and for life itself, particularly on our roads. A totally unacceptable accident.”

Dozens gathered at the Kempton Park magistrate’s court on Thursday morning to draw attention to the trial involving a taxi driver accused of mowing ...
News
7 months ago

“This is the most shocking tragedy and I cannot condemn it strongly enough. It is the most horrific, barbaric form of murder and we cannot, as a ...
News
7 months ago

The driver, who is suspected to have been under the influence of alcohol, was arrested and booked into the Sandton police cells. He is facing ...
News
7 months ago