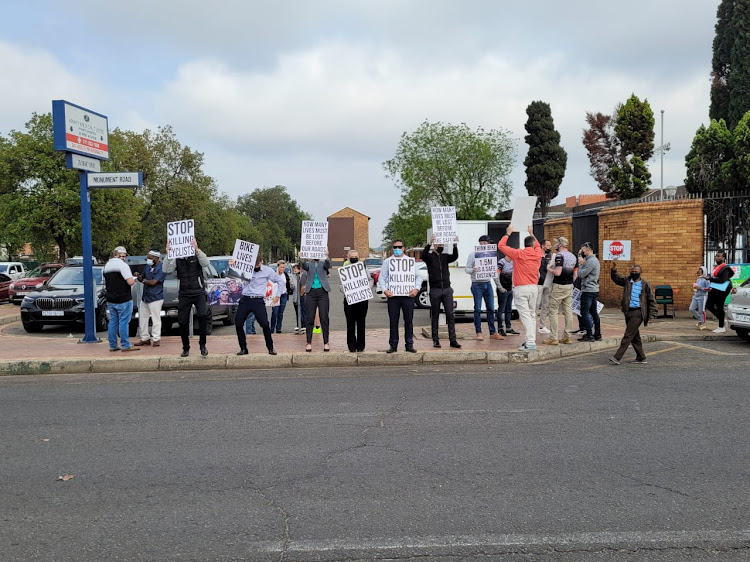 A silent protest taking place outside the Kempton Park magistrate's court on day one of the trial against the man accused of knocking down and killing cyclists Janine Hopkins and Frans Duys.
Image: Supplied

Dozens of cyclists and supporters of those killed and injured in road accidents gathered at the Kempton Park magistrate’s court on Thursday morning to draw attention to the trial involving a taxi driver accused of mowing down cyclists Janine Hopkins and Frans Duys.

The group held up placards and lined the streets as they protested silently in memory of the training buddies known as the silver foxes, who were killed while training on an early Saturday morning.

The case was set down for trial today – and so the local community used the event to stand in solidarity and draw attention to the matter as it finally goes before court.

Hopkins and Duys are alleged to have been hit on their tandem bike by a taxi that ran a red robot on November 30 2019.

“Janine died on the scene and Frans died on his way to the hospital. And even though the police were on the scene, the taxi driver was not arrested and was allowed to kick the shattered windscreen out of his taxi and just drive off,” said Hopkins’ partner, Dawn Burnett. 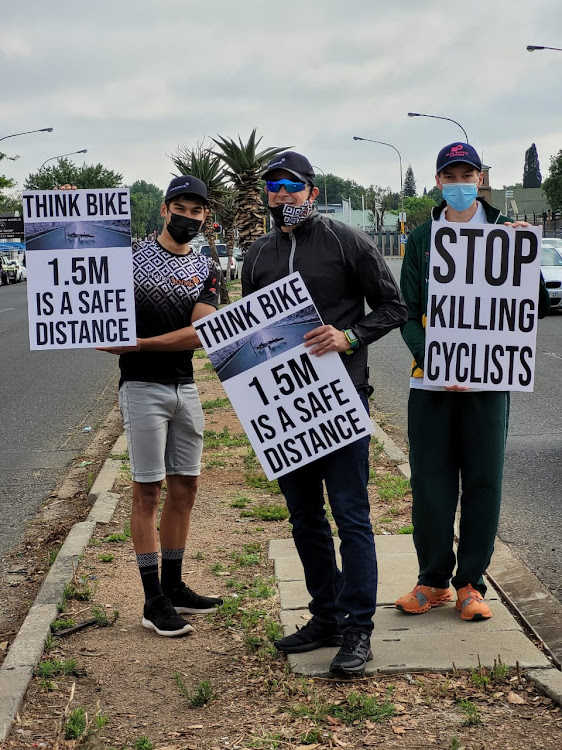 Silent protest under way - supporters of cyclists Janine Hopkins and Frans Duys, who were killed while out on a training ride, call for better safety.
Image: Supplied 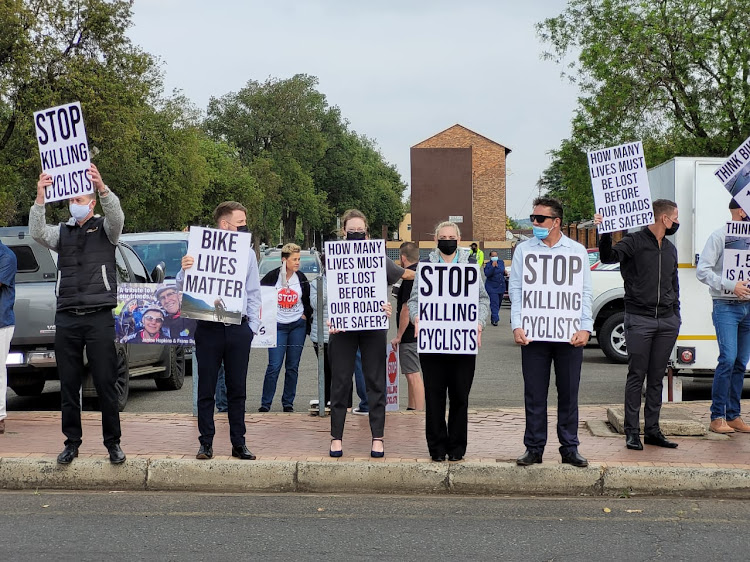 A silent protest on the go outside the Kempton Park magistrate's court.
Image: Supplied

Hopkins and Duys were prominent personalities on the local cycling scene. Hopkins was the deputy principal and guidance counsellor at Boksburg High School while Duys was the owner of Tour de Frans Cycles.

Cyclist Allouette Mendes joined forces with Burnett after the incident. Together they started the Stop Killing Cyclists SA group in an effort to draw attention to the dangers cyclists face on the road, as well as to keep the case against the man who drove into Duys and Hopkins in the public eye.

Mendes’s husband Darryl was badly injured in a cycling accident four years ago and is still not fully recovered. He rode into a car that skipped a stop street and broke his neck, back and suffered brain injuries. He was in ICU for 12 days.

“We just want people to pay attention to cyclists on the road – because no matter who is in the wrong, it is always the cyclist who is the most vulnerable and the one who will be taken out. We also just want those who cause these terrible accidents to be held to account,” Mendes said.

Tears flowed at dawn, people hugged, quiet whispers and clenched hand-holding - then five minutes of complete silence in memory of Alex Otto, 50, the ...
News
7 months ago

The driver, who is suspected to have been under the influence of alcohol, was arrested and booked into the Sandton police cells. He is facing ...
News
7 months ago

A cyclist, estimated to be about 50 years old, was killed by a speeding taxi this morning when he was crushed and dragged for over half a kilometre ...
News
7 months ago