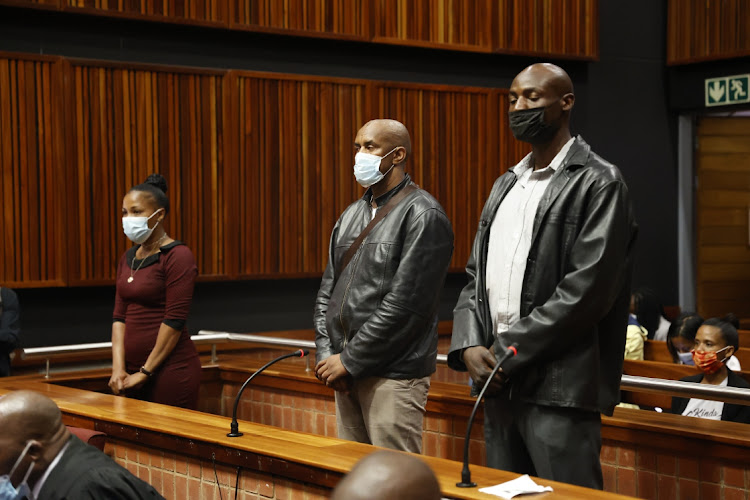 A constable who was present when Eldorado Park teenager Nathaniel Julies was shot dead last year maintains that Const Caylene Whiteboy shot at a group of people earlier that day.

Const Mandla Sithole was under cross-examination in the high court in Johannesburg on Thursday after testifying on Tuesday and Wednesday.

Whiteboy, Sgt Simon Ndyalvane and Sgt Vorster Netshiongolo are facing charges related to the August 2020 murder of the 16-year-old, who had Down syndrome.

Whiteboy and Ndyalvane have been charged with murder. Ndyalvane and Netshiongolo also face counts of unlawful possession of ammunition. All of the accused face a count of defeating the ends of justice, while Netshiongolo faces a count of perjury. They have pleaded not guilty to all of the charges.

During his testimony Sithole explained what happened after Julies was shot and how Whiteboy allegedly came up with a version of events to be presented to authorities as to how Julies was shot.

A police officer who was present when Eldorado Park teenager Nathaniel Julies was fatally shot last year explained how a plan was concocted ...
News
1 month ago

Sithole had also testified that before Julies was shot, Whiteboy allegedly used a shotgun to fire at a crowd outside a shop in Freedom Park near Eldorado Park on August 26.

When it was pointed out by Whiteboy's advocate, Solly Tshivhase, that nowhere in Sithole's statement was it mentioned that Whiteboy had fired at the crowd in Freedom Park, Sithole said even though he had not mentioned it in the statement, Whiteboy did fire shots.

Tshivhase also put it to Sithole that when Whiteboy testifies, she will say it was Ndyalvane, together with Sithole, who fired shots at Freedom Park.

Sithole denied this and asserted it was Whiteboy who fired the shots.

“I never shot anyone,” Sithole said, adding that he lived a few streets away from the shop. “How can I shoot at the people that I stay with? My boy could be there.”

Judge Ramarumo Monama, following up on a question from Tshivhase, asked whether the reason Sithole recorded his colleagues after the shooting was to exonerate himself from these events — among others, the death of Julies. Sithole said no.

Sithole admitted to attending a disciplinary hearing after the shooting but denied it had anything to with the possession of illegal ammunition. He said the charge was for the desertion of his post and the sanction was a written warning.

Sithole's cross-examination will continue on Friday.

A neighbour of slain Eldorado Park teenager Nathaniel Julies described to the high court on Monday how a policeman picked up the teen's body and ...
News
1 month ago

Until South Africans’ trust in the police is restored, it is unlikely the disconnect between them will be repaired
Opinion & Analysis
2 months ago

"That the big politicians in charge have forgotten about Nathaniel, this community and others like it, is a sin which they will one day have to ...
News
3 months ago