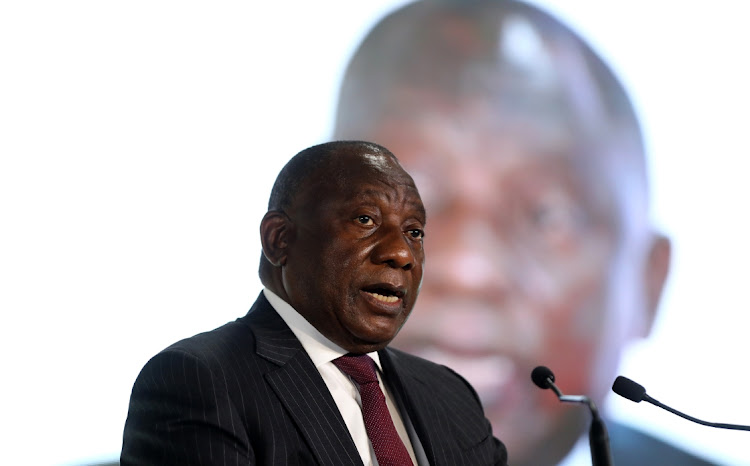 President Cyril Ramaphosa’s voice is losing its impact, traction and momentum. Few of his promises have become reality. Has he been mortally wounded?
Image: Masi Losi

For a decade Cyril Ramaphosa waited in Jacob Zuma’s shadow to revive the hope of the Mandela years. Now, like so many South African politicians before him, Ramaphosa appears to have lost his credibility, argues Piet Croucamp.

By the time Zuma reluctantly started packing his bags in Mahlamba Ndlopfu on February 15 2018, expectations of Ramaphosa’s new dawn were running high. Zuma had become untrustworthy, his promises hollow. There was a time when his colleagues and foes were forced to take him seriously, but eventually only a tetanus injection could protect you against the stigma attached to the Nkandla crooner.

In politics, it is crucial to be taken seriously by both your supporters and your opponents. Stigmatisation poses the biggest danger to any orator; even when your facts are correct, your pronouncements are untrustworthy. Like Zuma, our history is dotted with once sober and clear voices who traded their values and dignity for a bowl of lentil soup.

Take Thabo Mbeki, once highly regarded internationally as an intellectual philosopher-king who shattered the myth of darkest Africa and caricature leaders. During his presidency, South Africa’s economy grew and millions gained access to water, electricity and services. Somewhere something went wrong in the psychology of the Mbeki philosophy and the Virodene fallacy took off in his frontal lobe. Mbeki’s voice became an international embarrassment and eventually, the intellectual giant was uprooted by a political chieftain. The loss of Mbeki’s leadership left South Africa winded for a decade.

FW de Klerk sounded the death knell for apartheid and started the negotiation process. It was undoubtedly a brave move that demanded a complex debate with himself and his inner circle. These days, when he occasionally takes a stand on the protection of our democracy and constitution, it sounds hollow. We don’t really want him to tell us how to be democrats. He has lost his credibility. His thought processes are a historical stigma we do not want to be reminded of.

Who remembers Marthinus van Schalkwyk, once leader of the doomed but mighty National Party? Nothing can save him from his whining tone and deputy head boy appearance. My last memory of him is his sycophantic greeting, with humble praying hands, of a smug Zuma at a Union Buildings event. Days later Zuma dropped him from his cabinet.

Tony Leon is occasionally very sharp. If you want an intelligent explanation of our current political landscape, his narratives are informative to the extreme. However, black South Africans will not forgive his “fight back” propaganda and his voice has been relegated to page 3 of the Sunday papers.

Helen Zille is an intelligent politician with rich historical references, but because of her love of hyperbole and insistence that anybody who disagrees with her is wrong, she is an unpleasant character.

The VBS Mutual Bank scandal may well be Julius Malema’s achilles heel, the crime that finally destroys the integrity of his words.

Likewise, Croucamp fears the integrity of Ramaphosa’s voice is losing its impact, traction and momentum. Few of his promises have become reality. The problems might well be too big for a political leader who wants to use compromise and consensus to remedy a dire situation.

In and around Nkandla, Zuma’s crooning can still be heard and Lindiwe Sisulu has signalled her intention to become president. She also thinks the buffalo has been terminally wounded.

Read the full article, and more news, analysis and interviews in this Friday's edition of Vrye Weekblad.

UP IN THE AIR | A deadly crash of one of the Civil Aviation Authority's own planes finally put the spotlight on the authority's independence.

THE WEEK IN POLITICS | Max du Preez looks at the DA shooting itself in the foot again, the Juju and John Show, and a cabinet for the Banana Republic of Azania.

FREE TO READ – FORWARD TOGETHER | Two young men from the Karoo are quietly showing how farming together is taking farming forward.

LEGAL EQUALITY | Looking at the number of cases in which sentences are reduced by the appeals court, it is clear that racial prejudice in our courts is not a black-and-white matter.

FROM THE COVID TRENCHES | Six healthcare workers talk about their anger and frustration during the pandemic.

"We are all just residents and that is what brings us together. And what residents want is not massively complicated. They want safety, they want ...
News
7 months ago

Another farm murder, plus five talking points from ‘Vrye Weekblad’

Zolisa Panyaza must have known the person who knocked because she opened the door. And was shot dead on the spot. There were allegedly 15 shots. Her ...
News
8 months ago

Who on earth do we vote for? Plus five highlights from ‘Vrye Weekblad’

Pragmatism will win the day, reckons Piet Croucamp in Vrye Weekblad, and his choice will be made by way of elimination. Most of us vote for the ...
News
8 months ago

What's up with the vaccine wars? Plus five highlights from ‘Vrye Weekblad’

How does it make sense that both groups are looking at the same information and seeing it so differently? How can one person's proven facts be ...
News
8 months ago