One dead, 14 injured after taxi slams into wall in Durban 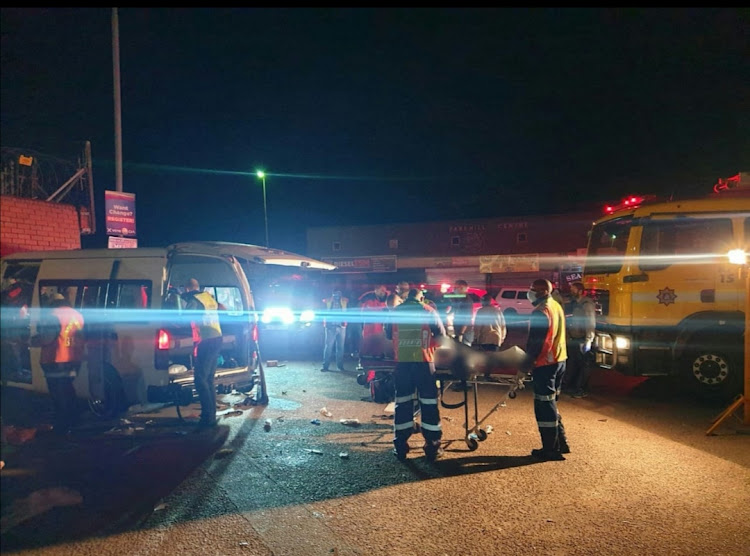 One person was killed and 14 injured in a taxi crash in Durban on Thursday night.
Image: Emer-G-Med

A woman was killed and 14 people injured when a minibus taxi crashed through a wall in Durban on Thursday night.

He said paramedics were met by “absolute mayhem” when they arrived on the scene.

“A minibus taxi had veered off the road, smashing through a brick wall.

“Injured commuters were found clambering to safety and an on-scene triage area was established.

“Three people were found to have life-threatening injuries and advanced life support intervention was needed to stabilise them, before they were taken to nearby hospitals for further care.

“The remaining patients were treated and stabilised before being taken to various medical receiving facilities for further care.”

Van Reenen said a woman - about 40 years old - was declared dead on the scene.

“The facts surrounding the incident and the events preceding it are unclear and will form the subject of a police investigation.”

When Smangali Promise Msibi was called to the stand and told he faced culpable homicide charges for driving over and killing cyclists Janine Hopkins ...
News
10 months ago

A Gauteng traffic officer died after an alleged unroadworthy taxi crashed into a roadside checkpoint on the R551 on Wednesday morning.
News
10 months ago