Keeping tabs on the jabs

People in 60-plus cohort have reached 60% vaccination coverage, says minister 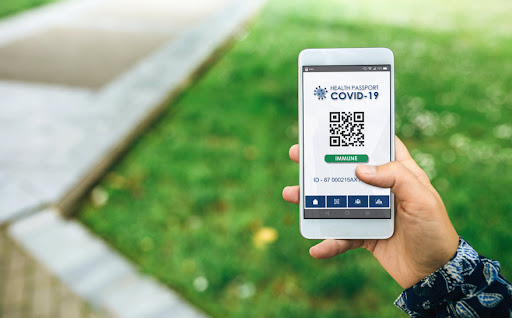 Around 13-million people in SA are fully vaccinated, which means 33.4% of the adult population. Stock photo of a vaccine passport.
Image: 123rf/dobledphoto

The digital e-vaccination portal has been officially launched after several days of live testing, and according to EVDS project manager Milani Wolmarans, top cyber security specialists are working to ensure “ no personal data is shared”.

She said the code sent to vaccinated people by the department of health was essential to download the certificate, but anyone who had lost their code could call the hotline to retrieve it.

More than 5,000 people are in hospital with Covid nationally, and of those 465 are fighting for their lives on ventilators.

However, the department will resend “all the codes in batches over time” to ensure nobody falls through the cracks.

Wolmarans said countries across the globe would recognise the QR-code based certificates from SA .

Health minister Dr Joe Phaahla welcomed the new e-certificates, saying not only would they allow people access to spaces others would be prohibited from entering, they would also be used for “discounts and prizes”.

The launch comes amid several positive indicators in the country’s fight against what the health minister referred to as “the invisible enemy”.

He said at a briefing on Friday morning that the third wave had been the longest so far — 110 days — but that there is a “deep sense of relief” as infections, hospitalisations and deaths “consistently drop”.

In the past seven days, the country has seen a “33% reduction in infections”, according to Phaahla, while reported deaths have dropped by 51% in the same period.

The positivity rate (positive cases of total tested) is 3%, and the reproduction rate is 0.67%.

The minister said, however, the pandemic “is not yet over — we just have some breathing space”.

There are more than 5,000 people in hospital with Covid-19 nationally, and of those, 465 are fighting for their lives on ventilators.

Meanwhile, the vaccine programme has gathered speed, with Wednesday and Thursday this week both seeing more than 200,000 vaccinations per day, a target which Phaahla said “we had started to miss over the previous weeks”.

During the Vooma Vaccination weekend, an extra 1,400 sites were open on Saturday and 500 on Sunday.

Phaahla said around 13-million people are fully vaccinated, which means 33.4% of the adult population.

That is “close to half the target”, but among the more vulnerable older groups, it is much closer to the target.

Premature e-vax certificate glitch could have been avoided: tech experts

Where did the government go wrong with its online system?
News
7 months ago

A new study helps quantify the improved protection against Covid-19 achieved with a third booster dose of the vaccine from Pfizer Inc and BioNTech SE ...
News
7 months ago

I've lost my vaccine card/ EVDS number, can I get a replacement?

Vaccinated people who lost their vaccine card can replace the card and the unique 12-digit Electronic Vaccination Data System (EVDS) number by ...
News
7 months ago