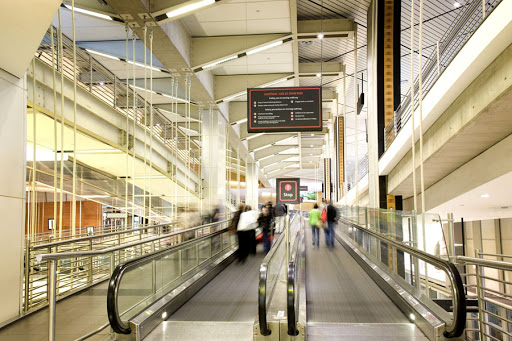 Tourvest Holdings and Siyazisiza Trust have been found guilty of collusive tendering for arts, crafts and curio retail leasing opportunities at OR Tambo International Airport (Ortia) in Johannesburg by the Competition Tribunal.

The tribunal has ordered Tourvest to pay a fine of just over R9m.

The trust is a broad-based craft enterprise development agency which works with multiple rural crafters. It sells the crafters’ products to retailers, government entities, corporate clients and foreigners. The trust’s operations are financed through donor funding and revenue derived from craft sales.

In February 2013, Airports Company SA (Acsa) published a request for bids for a tender involving arts, crafts and curio retail leasing opportunities at Ortia. The tender involved three separate retail opportunities for a period of five years, said the tribunal.

The recent violent looting in KwaZulu-Natal and Gauteng has resulted in high food prices, particularly on essential items such cooking oil, potatoes, ...
News
1 month ago

“During the bid evaluations, Acsa noticed similarities in Tourvest and the trust’s bids. For example, the bids included the same projections in pricing, suggesting possible collusive conduct between the two.

“Tourvest, however, argued there had been full disclosure of the arrangement between it and the trust. The [Competition] commission, however, disputed this and said there was significant under-disclosure by the parties to Acsa.”

Tourvest clearly was the mastermind behind and leader in the collusive tendering. It drew the trust into the collusive conduct for its own intended financial benefit.

Tourvest said it had assisted the trust to prepare its bid as it had no experience in bidding for such tenders. The trust did not have the expertise to run the business and would be assisted in the management of the business by Tourvest through a memorandum of understanding, until they were able to do so themselves in the event of the trust’s bid being successful.

However, Tourvest also competed for the same tender for Opportunity 3 in its own right.

The tribunal said in its ruling the arrangement designed by Tourvest “was an arrangement to subvert competition in contravention of the act. Sight must not be lost of the fact that Tourvest submitted its own independent bid for Acsa’s Opportunity 3 while reaching agreement with the trust about its bid for the same opportunity.

“On the factual evidence before us, Tourvest clearly was the mastermind behind and leader in the collusive tendering. It drew the trust into the collusive conduct for its own intended financial benefit.”

The tribunal, however, said it reduced the administrative penalty payable by Tourvest significantly since they had “disclosed, to an extent, certain details of the relationship between them in their bidding documents to Acsa”.

Covid-19 provided the Competition Commission with a crash course in how to successfully bring price-gouging companies to book, in record time.
News
1 month ago

An investigation by the Competition Tribunal found the Fruit Stop branch in Wonderboom, Pretoria, "charged excessive prices" for raw ginger between ...
News
2 months ago

HILARY JOFFE: Does Competition Commission need a finger in every pie?

If the competition authorities aren’t focused on championing competition, who is?
Business Times
4 months ago