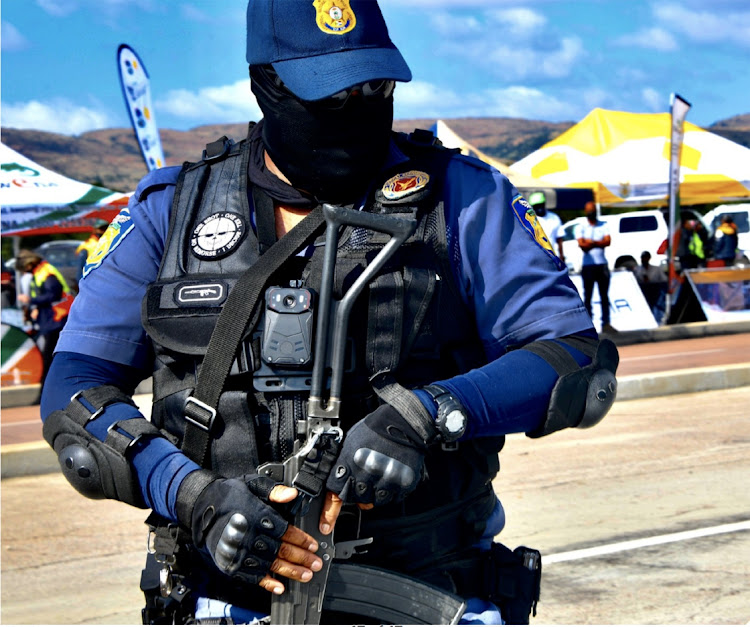 A Cape Town motorist was stabbed to death in a road rage incident last week which was caught on body camera footage - leading to the arrests of three suspects. Stock image
Image: GCIS

A Cape Town motorist was stabbed to death in a road rage incident last week which was caught on body camera footage - leading to the arrests of three suspects. Stock photo.
Image: 123RF/scanrail

Police have arrested three men in connection with the broad daylight murder of a motorist in Cape Town’s CBD after a motor vehicle accident which led to a fatal road rage incident last week.

The murder incident was caught on video from a bodycam worn by a Cape Town Central City Improvement District (CCID) public safety officer which provided crucial evidence leading to the arrests of the three suspects.

The incident happened on Tuesday last week after the car the three suspects were driving in collided with another vehicle at 2.15pm in Castle Street near the entrance to the Castle of Good Hope, across from the bustling Grand Parade.

According to CCID spokesperson Sharon Sorour-Morris, the suspects sped off in their vehicle after the accident, but came to a forced stop at a nearby traffic intersection at Buitekant and Darling streets.

She said the driver of the other vehicle gave chase on foot and stood in front of the suspects’ vehicle to prevent them from driving off.

“A CCID Public Safety Officer who was patrolling nearby immediately rushed to the scene, switched on his body-worn camera and called for backup when the suspects got out of their car, and started looking for implements with which to allegedly assault the other driver,” said Sorour-Morris.

One of the suspects then allegedly retrieved a wheel spanner from the boot of the car while another allegedly took out a large knife from a knife kit.

“The CCID PSO tried to intervene, but the exchange between the vehicle occupants became more heated and resulted in the other driver being stabbed in the shoulder, after which the suspects fled the scene in their car,” she said.

According to CCID safety and security manager Mo Hendricks, the officer immediately called for medical assistance and the victim was treated at the scene of the crime before being taken to hospital, but died of his wounds the next day.

Hendricks said thanks to the vigilance of the CCID officer, who had noted the make, model and registration number of the suspects’ vehicle, and with the clear visual and audio camera footage of the incident, the suspects were identified.

They traced the vehicle and the suspects to Masiphumelele where they were arrested early on Friday morning.

“The three suspects, who are between 21 and 45 years of age, have been charged with murder and are being detained at Cape Town Central police station,” said Hendricks.

“All items that can be seen on the body-worn camera footage, including the knife set, the wheel spanner, clothing worn by the suspects and the car involved in the accident were seized by the SAPS.”

Hendricks commended the police joint operation and also praised the CCID’s public safety officers for their work in “bringing the criminals to book”.

“All of our 300 public safety officers, who are on patrol in the CBD in shifts 24/7, are equipped with body-worn cameras and this technology is invaluable in fighting and preventing crime in the central city,” he said.

'He was chasing me with a gun': Pregnant driver feared miscarriage during 'road rage' ordeal

A pregnant Durban woman feared having a miscarriage after a man shot at her on the M13 freeway in what she believed was a road rage incident.
News
9 months ago

Agri SA says citrus worth R15m on its way to Durban harbour for export was destroyed in protests on Friday by people calling for Jacob Zuma's release ...
News
11 months ago

Man who 'drove into' News Café in Rosebank appears in court

Security immediately removed the individual who then later returned, in a fit of rage, attempting to drive his vehicle into the store.
News
1 year ago

After being removed for offensive behaviour, the man tried to drive his vehicle into the restaurant, damaging vehicles, furniture and the building ...
News
1 year ago